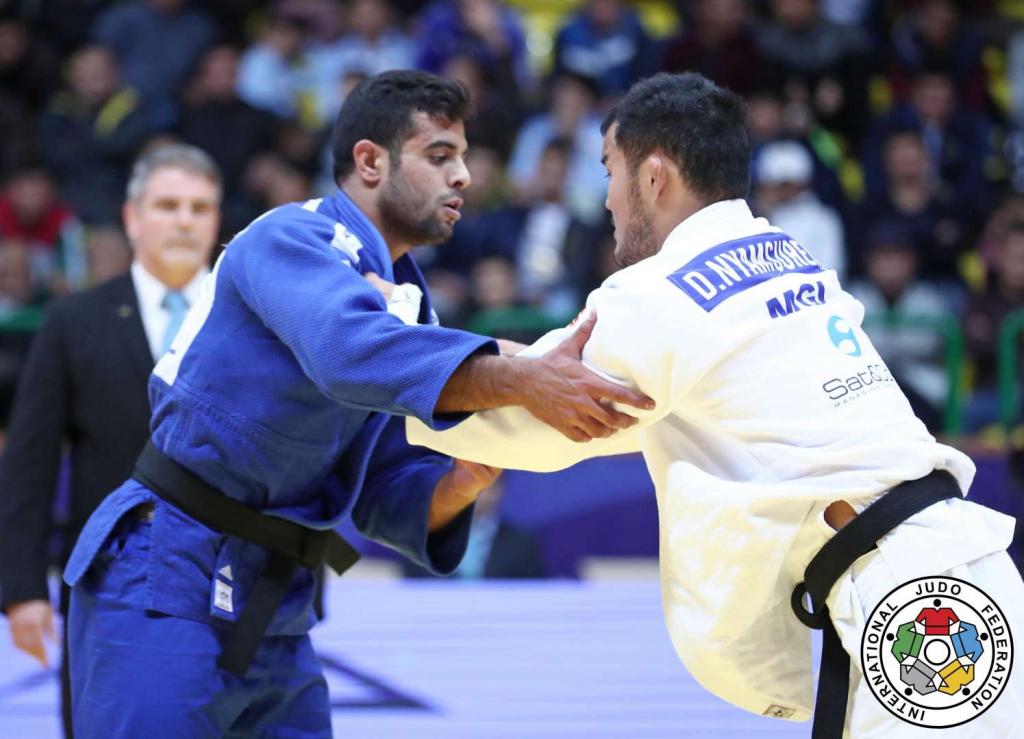 Having decided recently to make the move from the -73kg category to the -81kg category, Saki MUKI (ISR) will no doubt be delighted with his gold medal winning performance in the -81kg category on day two of the Tashkent Grand Prix. Muki’s opening contest was against Gagik ZAKARIAN (RUS). The 20-year old Russian found it difficult going against the more experienced Muki and Zakarian eventually lost the contest after collecting three shido. Not to outdone, Sharofiddin BOLTABOEV (UZB) also collected three shido against Muki which put the Israeli into the semi final without having scored. Not entirely Muki’s fault as he had at least been making an effort. Muki faced the dangerous Fagan GULUZADA (AZE) whose uchi mata was a pleasure to watch. There was a nervousness to the approach of both competitors. This served to make the contest somewhat defensive and scoreless until, with only ten seconds left on the clock, Muki launched a powerful left sided seoi otoshi attack that brought Guluzada down onto his side for waza ari which proved to be the winning score. In the final Muki faced number one seed NYAMSUREN Dagvasuren (MGL) who the Israeli threw with harai goshi for waza ari after 2:24 of golden score to take the gold medal. When asked about the move from -73kg to -81kg Muki said,

“It’s permanent; I am going to stay at -81kg. Of course these are physically stronger fighters and I will have to get used to that. I was out of competition for some months because of a back injury, that’s why I was not at the world championships.”