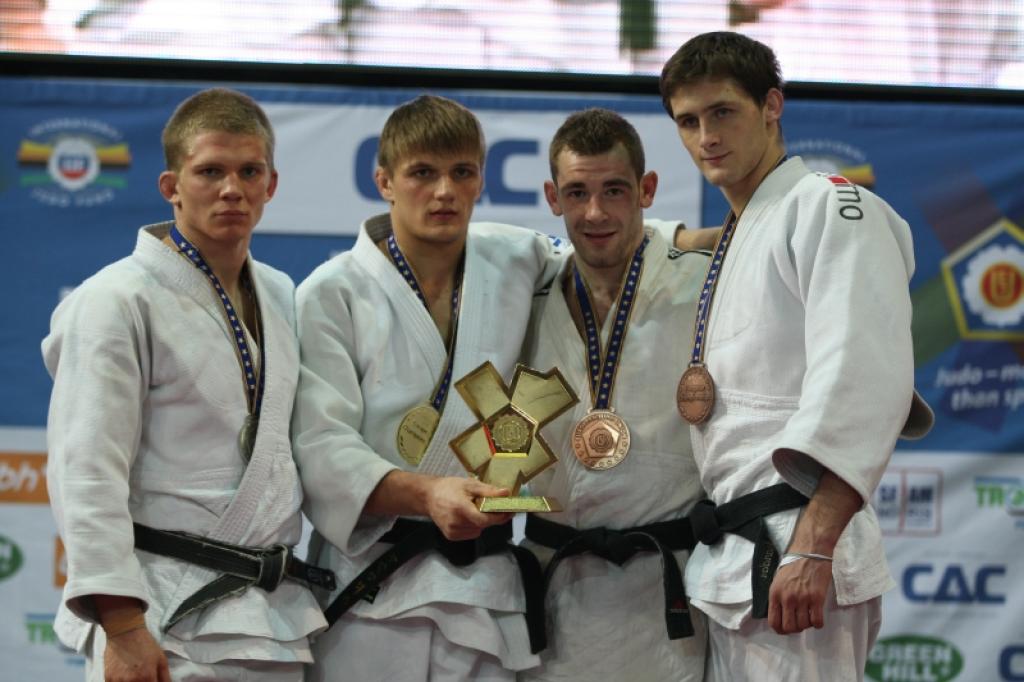 The second Hungarian finalist today was Szabolcs Krizsán (HUN). Both countries are extremely successful in this age category and divide the most gold medals. A nice motivation in the background. But Murat Khabachirov was excellent today. The 22-year old Russian didn’t even need a minute to beat Krizsán with a hard arm throw. Russia won its 16th ever European gold medal and this edition’s second gold after yesterday’s success of Denis Lavrentiev U66kg.

In an exciting match Aleksandar Kukolj (SER) defeated Aljaz Sedej (SLO). After his silver at the U20 Europeans in September he now won a second medal in two months time. Sedej was already European U20 and U23 Champion in 2007 and won bronze last year, but now he finished fifth. Kukolj was today’s youngest medalist aged 19.
Belgium’s Joachim Bottieau won a third medal for his country. In the bronze match he defeated Jonathan Jaquet who wasn’t able to take a second medal today for Switzerland.