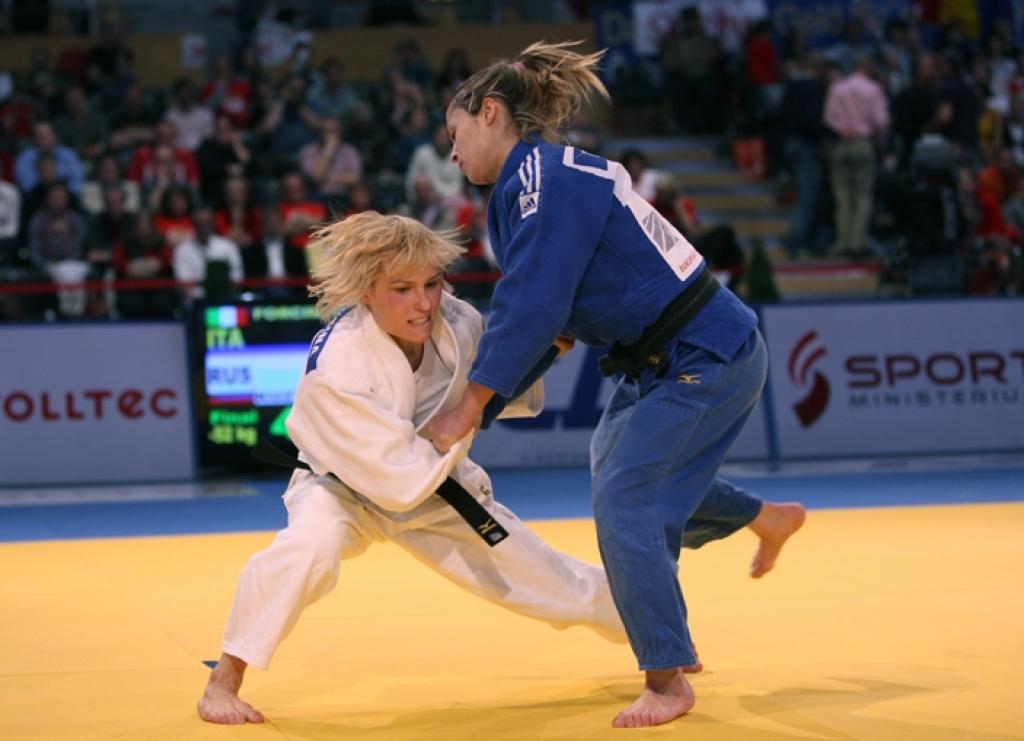 Natalia Kuzyutina won her second consecutive European title. Against Italian Rosalba Forciniti, the Russian powerhouse was the major favourite in this category. Rosalba won her first Senior European medal, after winning the European U20 title in 2003 and bronze U23 years in 2008.