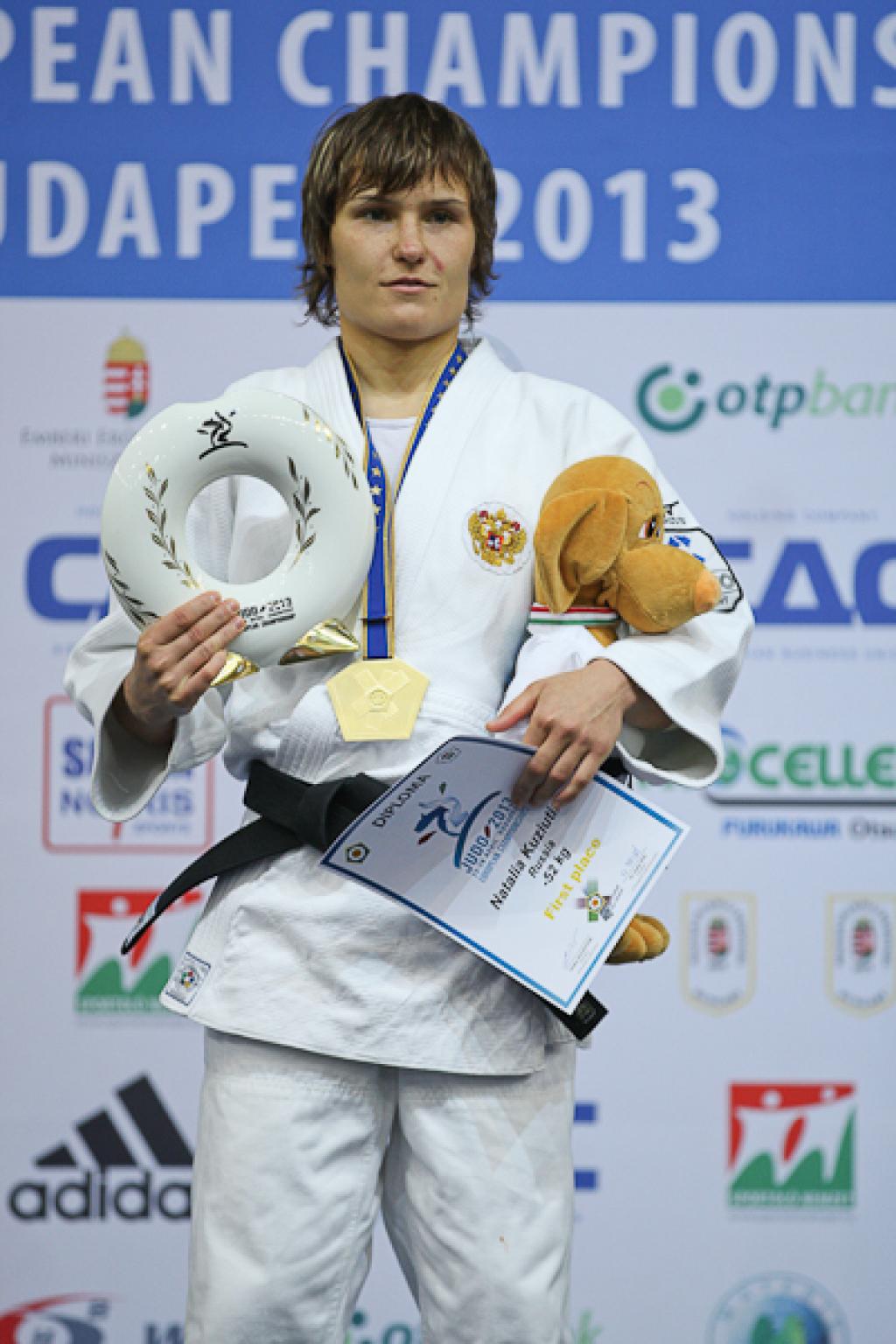 The final U52kg was won by Natalia Kuzyutina from Russia. She is still going strong and claimed her third European title. Last year in Chelyabinsk she lost the final against Andreea Chitu but came back strongly in today’s final against the same Chitu. The final was equal halfway the match and they knew eachother well which resulted in a secure match by both, not taking too much risk. In the same final as last year, Kuzyutina made the diference a few seconds before the end and finished the match claiming her third European title.

The winner said: “After the disappointment last year (lost against Chitu), I really prepared for this match. I am very glad that this Final happened again and that I was able to win this time. Winning this title is an important step towards the World Championships.”

Losing finalist Chitu lost her European title: “It was the same final like last year. This time I lost and I’m quite upset.”

Majlinda Kelmendi was expected a bit higher on the stage but had to be satisfied with a bronze medal. She seems the be the best of the world but can make her mistakes, also today in her quarter final. “I am very happy with this medal as it is my first medal at this level. I am sad at the same time, because I cannot represent Kosovo here. I want to thank IJF president Mr. Vizer for all his support he has given to me and my friends to make it possible for us to compete here. (On feeling pressure being World number one) I didn’t feel any pressure, I just felt very strong. I made a mistake in the quarterfinal but I came back to win the bronze.”