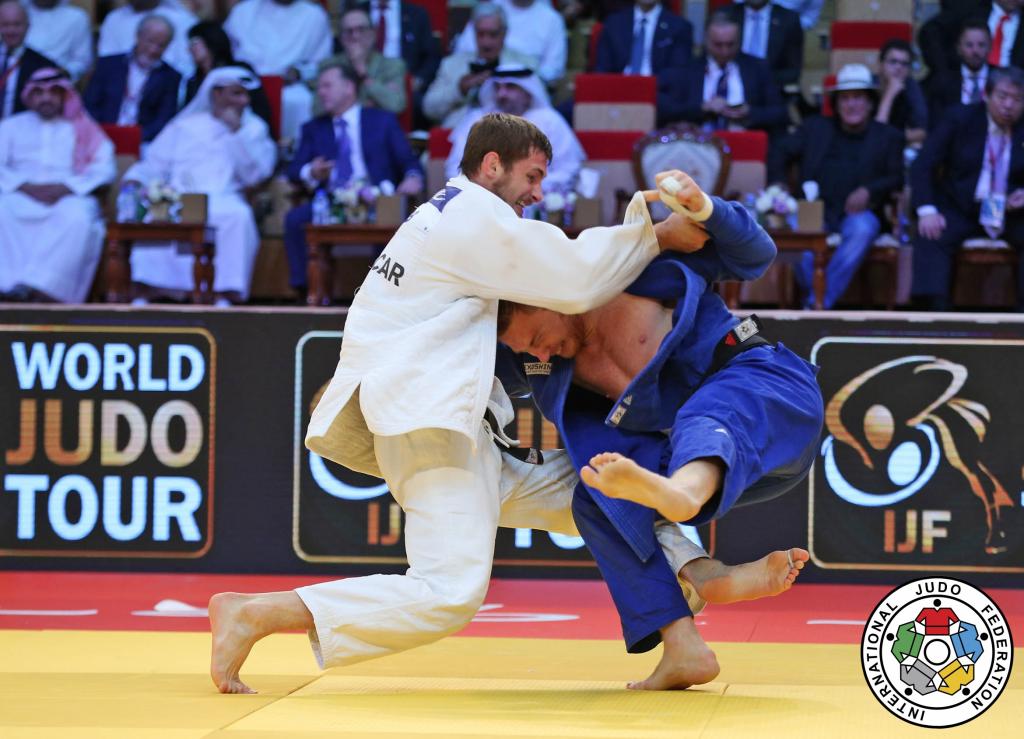 Alexander KUKOLJ (SRB) had a near perfect day to win gold in the -90kg category on the third and final day of competition at the Abu Dhabi Grand Slam. His three fights yielded three ippons and not one of his opponents managed to register a single score against him. The only blemish (and it is perhaps somewhat harsh to call it that) was the single shido he gave up in the final against Axel Clerget (FRA)

Kukolj, as number one seed, had the benefit of a first round bye, after which he began his day by facing Tural SAFGULIYEV (AZE). The Azeri began energetically, but after only a minute Kukolj unleashed a neatly executed right sided modified kata guruma that scored waza ari. This score appeared to spur Safguliyev into action and he attempted a low morote seoi nage. But Kulkoj was sharp with a te waza counter for ippon.

In the semifinal Kukolj faced Max STEWART (GBR). It was the first time that the pair had gone head-to-head and it showed with both fighters being cautious and watchful. Kukolj eventually broke the deadlock after two minutes with a left sided uchi mata that scored yuko. Kukolj upped his work rate as Stewart began to show of tiring. With two minutes left a failed uchi mata attack by Stewart left the British fighter in danger on the ground and Kukolj capitalized, trapping Stewart with mune gatame for ippon.

In the final Kukolj faced his stiffest test of the day in number two seed Axel CLERGET (FRA). The Frenchman is experienced and has some of the most attractive judo on the circuit. Once again Kukolj was up against a new opponent and, as with Stewart, the pattern of searching for grips and a dominant position was renewed. With a little over a minute to go Clerget attempted a slightly weak o uchi gari that Kukolj was able to counter with tani otoshi for waza ari. The Serb moved swiftly into ne waza securing mune gatame for waza ari awazete ippon and a second grand slam gold medal.