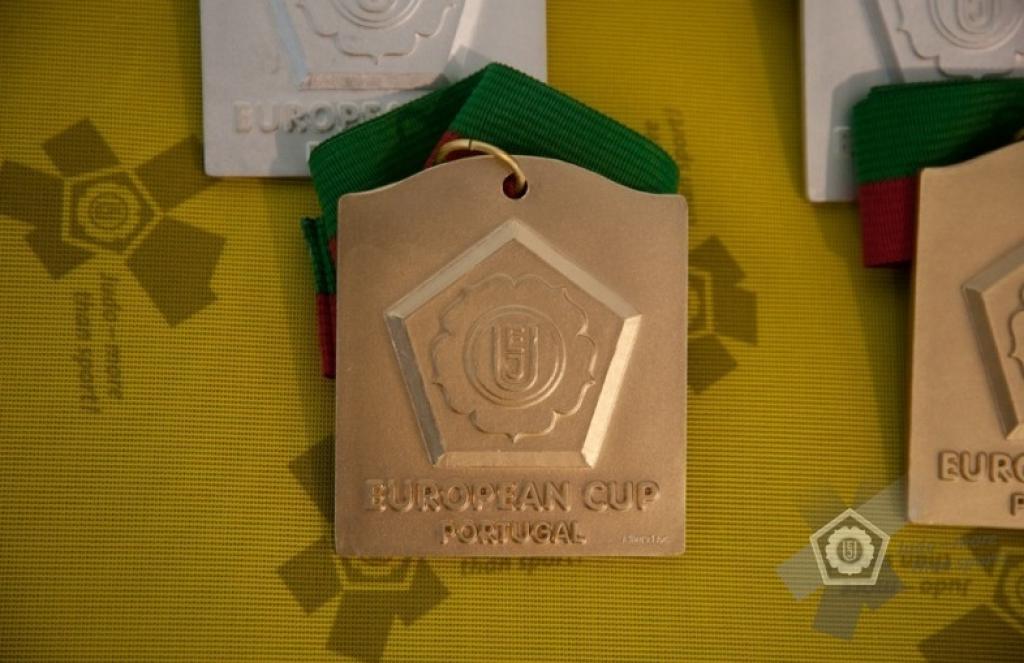 Where in Tartu the women were powerful, in Coimbra the young men collected two gold medals. The first in the category U50kg for Nils Stump who was better than his Bulgarian opponent Bozhidar Temelkov after scoring wazari, Stump was successful in ne-waza and won by shime-waza. For both athletes it was their first European medal. Switzerland’s second gold medal and sixth of today in total for Luca Papa who defeated Robert Trojnar (CZE) U60kg after an exciting match were papa took the lead, tied and won in the end by a penalty for Trojnar.

Spanish Andoni Peille won gold U55kg against his compatriot Cristofol Dauden in close match that was decided by decision.
The Zadro family can be proud of Petar Zadro of Bosnia-Herzegovina won his first European Cadet Cup. His brother Franjo was fifth last year at the European U20 Championships.
Now Petar Zadro won gold U66kg after his victory at the Balkan Championships last year and many medals in this age category he was now on the highest stage after winning bronze twice this season in Antalya and Kiev. Zadro defeated Swiss Vincent Genito in the final. Zadro was leading fro the beginning by waza-ari but couldn’t make the final point, in the end he scored a yuko and kept the lead. Genito already won two bronze this season, but the way, with a silver medal, is up.

Coimbra is the sixth European Cup this season in a series of 10, the first seven are consecutive in a row each week.
In the women’s category Catarina Costa won the only gold medal for the host nation Portugal in the always cheerful Miranda do Corvo´s Sports Hall.

Jodie Caller is one of British hopes for the future. She won by yuko the category U52kg against Emily Harper, also from Great Britain. Both ladies divide most of the medals at home in this category. The Brits have a good talent pool nowadays with some brand new eager faces competing at the European Senior Championships at the end of this month in Chelyabinsk.

Portugal’s idol Nuno Delgado presented a social event during the Champinonships forming the “Largest Judo Class 2012”. The Olympic Medalist and EJU Education Sector Member presented this year´s edition during the closing ceremony in Coimbra. The “Largest Judo Class 2012” (Maior Aula de Judo 2012) will be organised on the 7th of May in the beautiful city of Oporto, in the north of Portugal, and has had its antecedent in last year´s “Largest Judo Class” which was held in Lisbon breaking the Guinness Record. Nuno Delgado presented this event, appealed to the participating judoka and home crwod reminding everyone that this is a message of Peace, Love and Honour being the motto of this event “Achieve, Collect & Give Back”. While Nuno was giving his speach the event´s giant flag was open on the tatami and the speach was finalised with the anthem “Achieve, Collect & Give Back” which led the crowd to an enthusiastic manifestation.

Watch the pictures of today’s competition in our media gallery and give your input on the tournament in our facebook:
http://www.facebook.com/pages/European-Judo-Union/256475946911