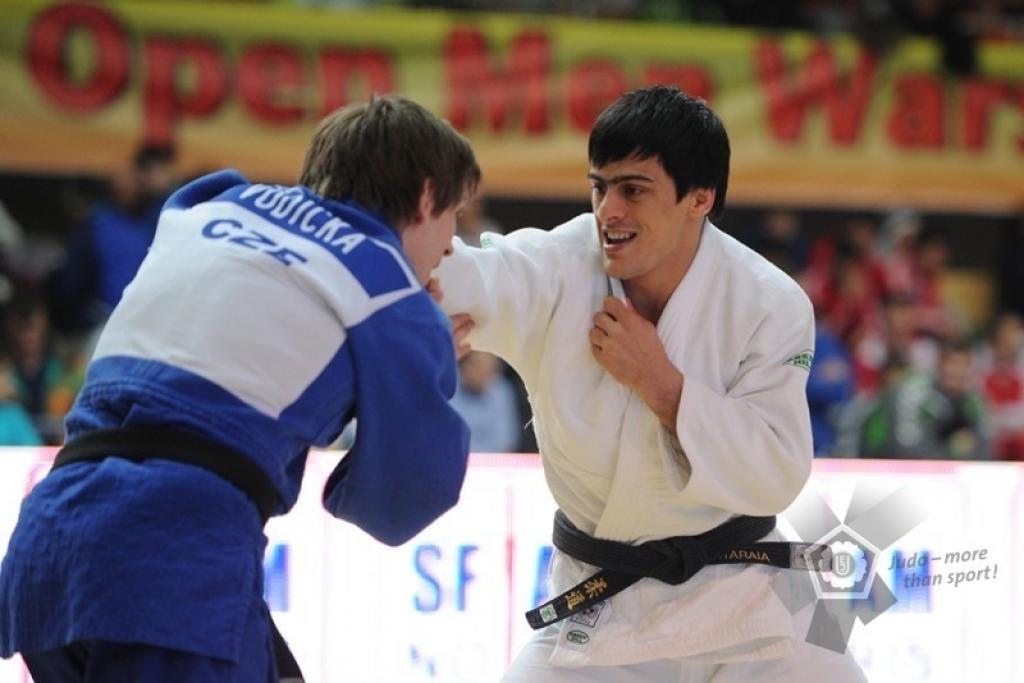 At the European Open for men in Warsaw Kazachstan has taken the first place in the medal tally. An amazing performance of the lightweights U60kg where three Kazach judoka reached the semi final and all won a medal. The final was won by Yeldos Smetov. He defeated his compatriot Aibek Imashev. Rustam Ibrayev impressed with a bronze medal.

Boldbaatar Chimed-Yondon won the second bronze medal which left Europe with empty hands. 301 Judoka were gathered in the Polish capital from 37 nations, 31 from Europe but the field was strong.

Especially U66kg where eight different nations reached the quarter final. It was good old and always spectacular Georgii Zantaraia demonstrated how to win with great judo. The Ukrainian former 2009 World Champion devastated everyone with amazing judo again. Despite his higher category, usually he fights U60kg, he ruled today in a field of 53 participants. Zantaraia stayed at least under 70kg today and was the winner. Zantaraia defeated Jasper Lefevere in the second round in a good win. The way Zantaraia was fighting was spectacular as well as his semi final victory against Kilian Le Blouch (FRA). Maybe Zantaraia is ready again for amazing things at the European Championships.

It was the first time that he fought U66kg at this level, he fought at European Cups U66kg but not at World Cup level. It is likely that he could stay in this category with this weight and this performance in this category. He only fought U60kg at the Olympics and in a period of nine months only U66kg. We will see in Budapest at the Europeans. He won bronze in Warsaw in 2009 in tyhe year he won the world title. Interesting suggestions.

The U73kg division was dominated by Georgia taking the two highest stages of the podium today. Nugzar Tatalashvili celebrated a gold medal with a small differences in penalties against Zebeda Rekhviashvili who was satisfied as well with such final. The Georgians are doing good business so far in 2013 with gold for Liparteliani twice (Paris and Düsseldorf) and Tchrikishvili U81kg in Düsseldorf. Adam Okruashvili won gold in Tbilisi and Tatalashvili added another gold medal.

Jan Gosiewski (GBR) won bronze, good performance and a little glance for Poland, where he used to live and started his early judo career. Soshin Katsumi (GER) had good papers to win a medal, he was the winner of the pool of death with Andrea Regis, Florent Urani, Aliaksandr Koksha and Piotr Kurkiewicz. The one who was outstanding today for Poland was Damian Szwarnowiecki, the European U20 and U23 Champion.

The story was that the highest seeded players, all went out in an early stage. Two Brazilians (Santos and Contini) and Mongolian Miyaragchaa Sanjaasuren, disappointing for them.

Follow the event on Sunday, see who will be crowned with the gold in our live feed.