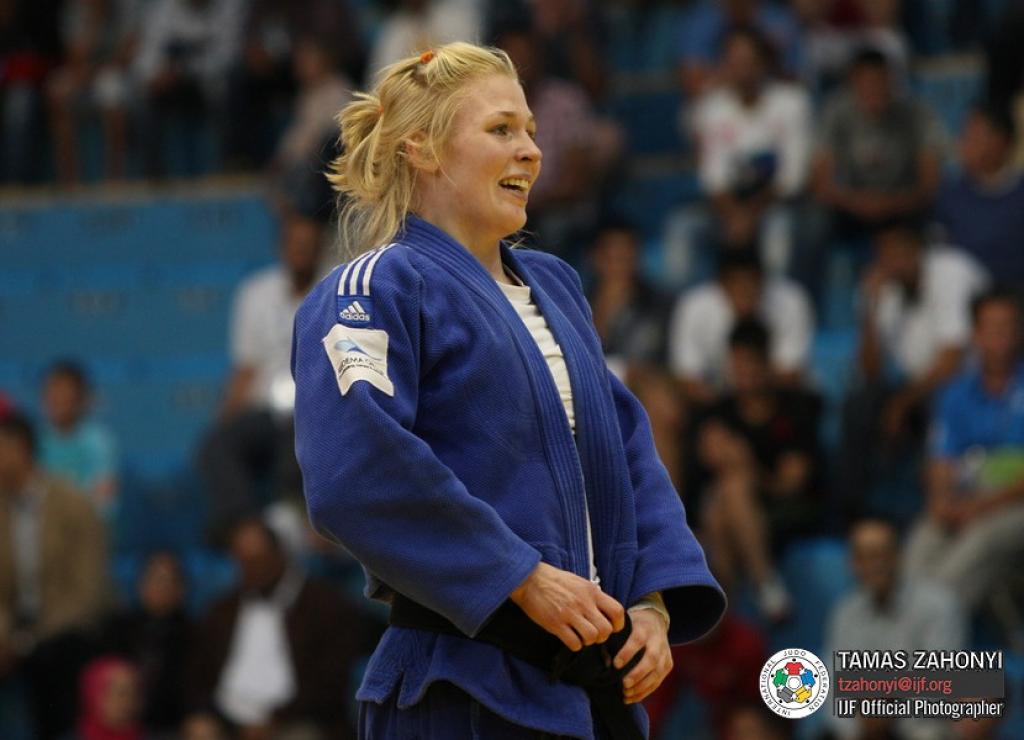 At day three of the Junior World Championships in Agadir, three European U20 Champions were able to extend there title to a World title. U90kg Magomed Magomedov won the world title in his final against Hwang Min-Ho (KOR).
In the women’s category U70kg Dutch Kim Polling now successfully proceeded with her road of succes, both just one month later after their European title in Samokov (BUL).

Four different nations won a world title today, three of them didn’t have the pleasure of a final yet. Georgia had already won bronze yesterday U73kg, but today Avtandil Tchrikishvili (GEO) won the gold U81kg with his victory over Yuichi Kitano from Japan. Tchrikishvili was the third today who had already won the European U20 title in September. Jun Toyoda (JPN) won bronze in this categroy as well as Hungarian talent Krisztian Toth. Hungary now collected two bronze medals as well as Italy and Turkey.

Hungary won a second bronze medal today by Gabor Ver U90kg, the category won by the strong Russian Magomedov. He is the 13th ever Russian to win the world title. Alibek Bashkaev won even two titles in 2006 and 2008, which makes 14 world titles for Russia. Vitaly Makarov and Alexander Mikhailine also won the senior world title.

In the women’s division two European’s qualified for the finals both against a Japanese competitor. Kim Polling was one of the favourites in advance. She won the European title in September and was one of the favourites last week at the Grand Prix in Rotterdam to win the U70kg category. But she lost in her first round, a good warning to be sharp as a raisor today, and she was!
In the final she overcame Natsumi Baba (JPN) for a second time this year. In May Polling defeated her at the European Junior Cup in Lyon.
Polling was the only European at the Asian stage, and she won the only Dutch medal so far. Polling suffers from Attention Deficit Hyperactivity Disorder (ADHD) but can perfectly release her energy into judo. Let’s hope for her she sleeps well after a her best success ever.

Vlora Bedeti improved her bronze medal of last year in Paris. She won the silver but lost the gold. In the final Miku Tashiro is amazingly dominant for her age of just 16. She won the U17 World title last year in Budapest, this year she won the Youth Olympic title and today she added another World title and entered the top ten of youngest ever world junior champions. British Karen Roberts is still the youngest ever when she won at the age of 15 in 1992.
Kathrin Unterwurzacher won bronze for Austria beating Turkish Busra Katipoglu.