New generation knocks on doors of European Cup in Mudania 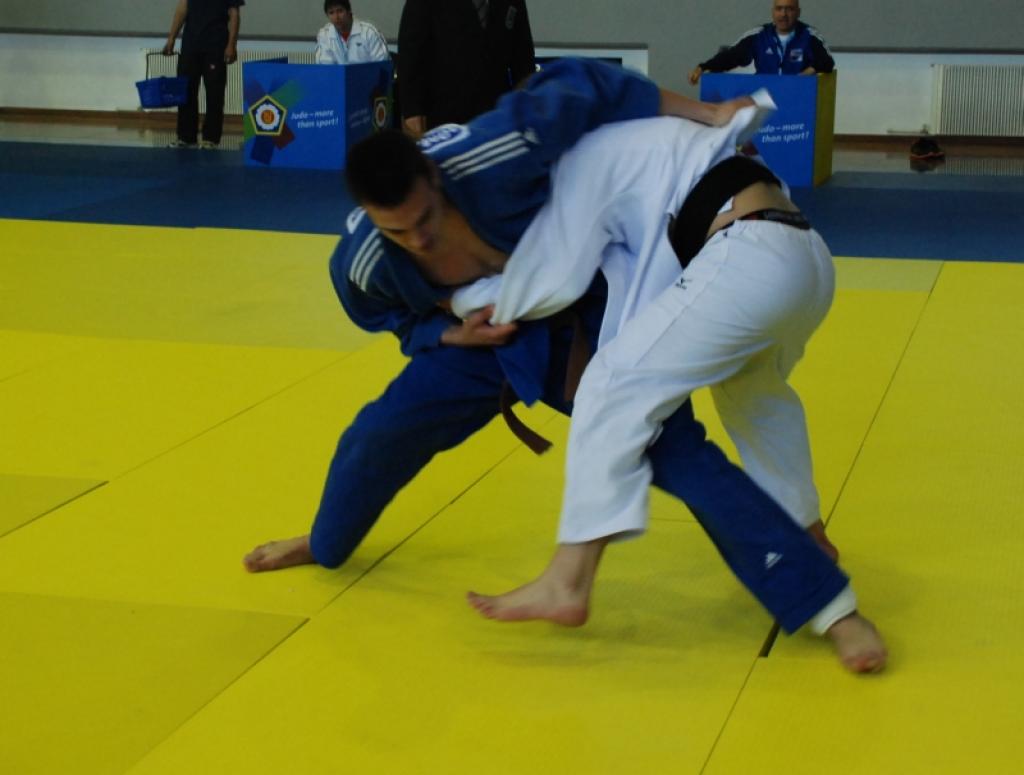 Turkey and Georgia collected the most titles at the European Cup for Juniors in Mudania in Greece. On Saturday the Turkish Women dominated the tournament, while on Sunday they added another two gold medals. Georgia dominated the men’s division with five gold medals. However the host nationa Greece celebrated a gold medal as well. Alexios Ntanatsidis claimed the first place in the category U81kg. In the final he defeated Ivaylo Ivanov from Bulgaria. The Greek national senior champion is just 18 years and won his first European Cup. In 2009 he won a bronze medal at the European and World Cadet Championships and is one of Greece’ major talents. Georgios Azoidis is also one of those promising judoka. He was European U20 Champion in 2010 but finished fifth this weekend.

Without a doubt, Georgia delivers the best fighters this weekend, and maybe of all nations in Europe. Levani Matiashvili won the men’s +100kg title and he was Europe’s vice Champion U20 in Lommel last year. The level of these European Cups are extremely high and Europe should benefit in a few years of these strong competitions.
On Sunday’s women’s competition two other strong women showed their strength winning their category. Bulgarian Borislava Damyanova of Bulgaria prolonged last year’s title in Mudania. She is Bulgarian U20, U23 and senior champion.
U48kg Odette Giuffrida collected her first European U20 Cup. She was strong in the age category U17 and is now able to compete with Europe’s best at the European U20 Championships later this year in Porec (CRO). She already won bronze at the Europeans U23 and won bronze at the Italian Senior Championships in March.
Watch the new generation, next week you can follow them in Tartu in Estonia, the third in a tour of 13 junior events.