NEW HISTORY IN THE MAKE AT PAKS JUNIOR EUROPEAN CUP 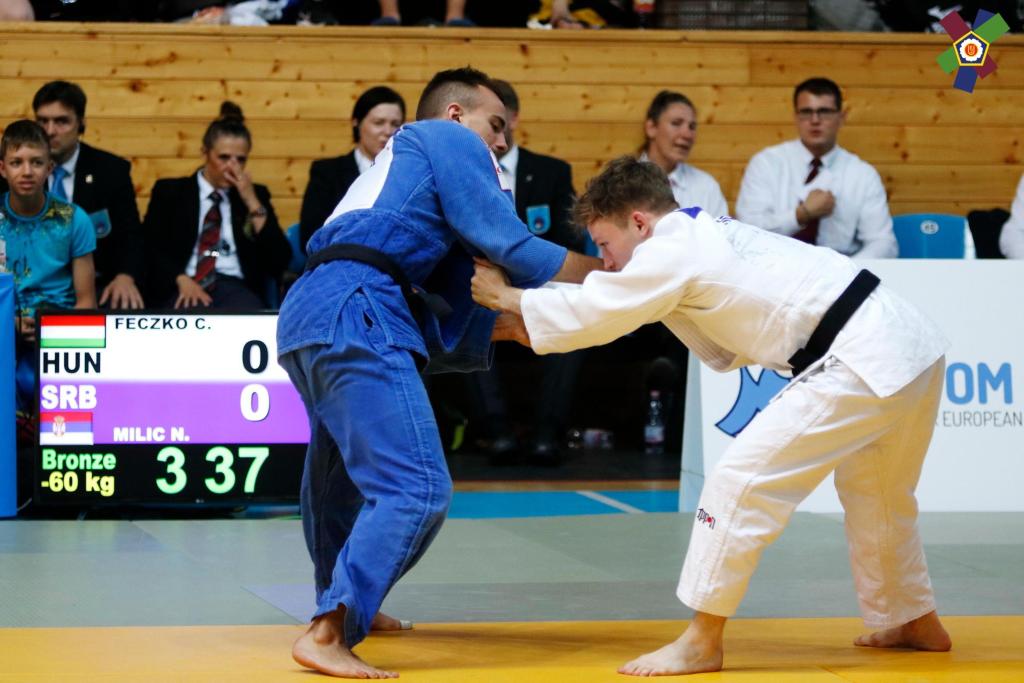 More than 400 juniors fought at the Junior European Judo Cup in Paks this weekend. All in all, 28 countries were at present. The host nation finished on top of the oveall medal table with 3 gold, 1 silver and 2 bronze medals. Germany and Great Britain followed closely with two winning performances each.

Judo is booming in the Hungarian city of Paks. Stars like 1992 Olympic Champion, Kovacs Antal; 2005 World Champion, Braun Akos  were both raised at this particular place. They are one of the many examples for new juniors. Years back, this exact same tournament saw current top judoka at their best too with World Silver medallist, Toth Krisztian and European and World bronze medallist, Karakas Hedvig. In addition, triple Olympian, Bor Barna also won in Paks three times.

As of this weekend, the ASE sportshall in Paks was crowded as always. Whilst rain fall outside, it was medals shower inside for many. Hungary was also unlucky during the final of the -60 kg class against Russian Semen Kurtashov. Six countries won gold at the first day. Cadet World Champion, Raffaela Igl captured the gold for women -78 kg against tall Dutch judoka, Kim Hooi. Samira Bouizgarne won gold for Germany in the heavyweight category. Ivan Oberan took gold in an all Croatian final against Lara Cvjetko in the -63 kg weight division. British Kelly Petersen Pollard continued her fantastic performance and took gold again in the -70 kg category. Lucian Bors Dumitrescu took gold for men -66kg and Petru Pelivan won the first gold medal for Moldova this season when dominating the -73 kg which ironically had 73 athletes competing. As per tradition, a three-day training camp follows the event.