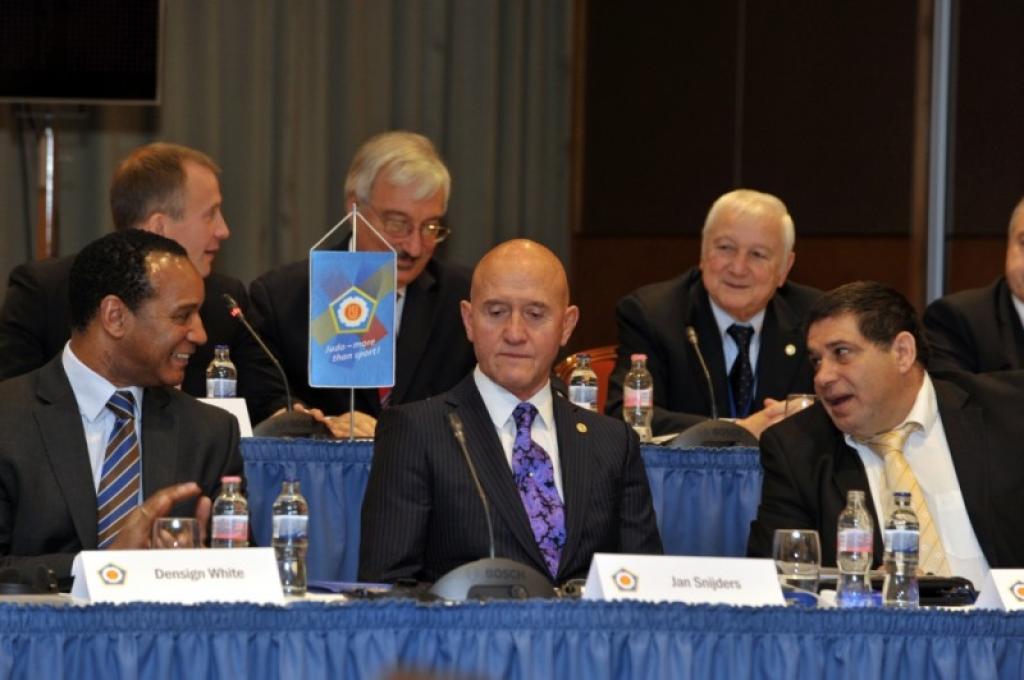 The IJF has announced new refereeing rules starting in 2013 as a test until and including the World Championships in Rio de Janeiro.

All rules can be downloaded below this page.

Major change will be one referee on the tatami instead of three. A second referee however will assist the head referee with the CARE system.

Athletes will have to adjust to the new rules regarding the gripping.

Also the ippon needed more clarity, sometimes different opinions are valid of what is ippon. The real impact on the ground on the back is essential.

Penalties are now not anymore showed on the scoreboard as technical points for the opponent. Golden Score is applicable in a draw of scores and penalties. The hantei situation is cancelled, which means there is no time limit for the golden score. The first score or penalty decides the match.

The referees will pay more attention to avoid negative judo on the tatami, including moving off the tatami, also in ne-waza situations, osae-komi will also continue outside the contest area, as long as there is control as usual. Times are adjusted to 10, 15 and 20 seconds.

Breaking the grip with two hands, pulling out the belt out of the jacket deliberately. Also a fast grip must be realized to avoid a penalty.

Cross Gripping should be followed by an immediate attack, same for belt gripping.

All the grips on the legs and pants are banned.

Our FACEBOOK gives space to discuss the changes and to give your opinion on the new test rules.

Download the new IJF Refereeing and Competition Rules below.