New kids on the block at European Open in Bucharest 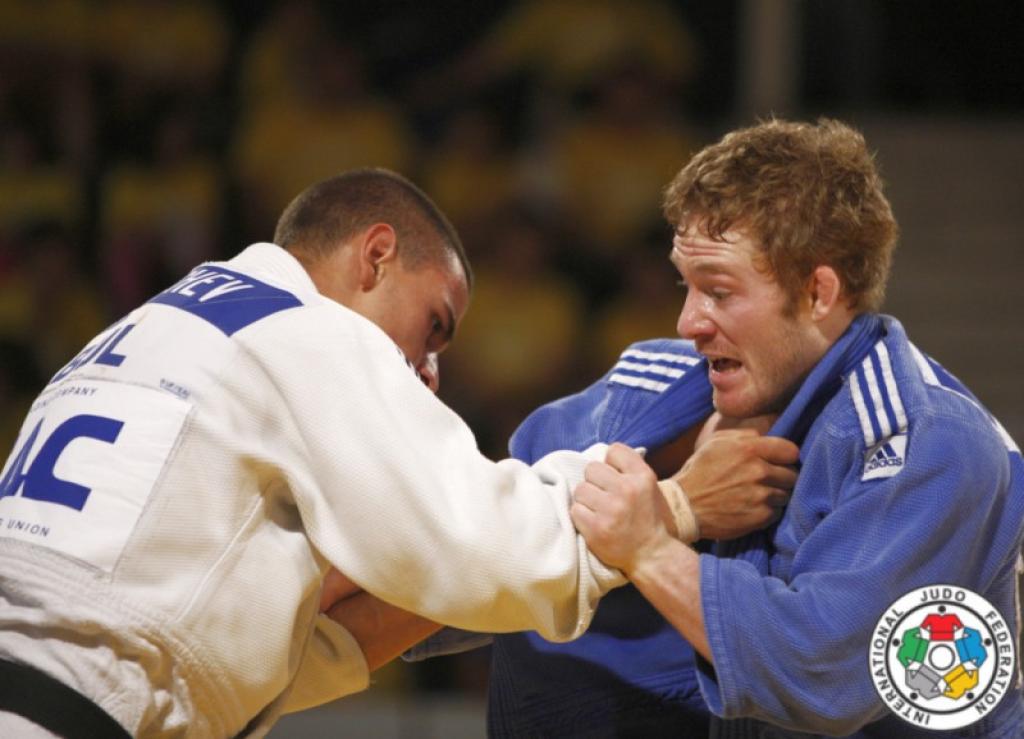 Bulgaria, Israel and Russia were the winning nations at the first day of the European Open in Bucharest. The home crowd was hoping for a gold medal of Romania’s hope Remus Mircea Lazea U66kg but she lost again the later winner Tal Flicker of Israel. Lazea came back strongly in the repechage and defeated two opponent to take the bronze.

Flicker defeated Ivan Spirin in the final and won his first international senior event. Not only in the women’s division but also in the men Israel is doing good business these days. With Yarden Gerbi as world ranking leader and four European Open victories so far the men are writing history. In the record year 2000 Israelian men won four World Cups as well by Gil Offer (2), Ehud Vaks and Ariel Zeevi. Nathon Burns won a bronze medal for Great Britain.

Yanislav Gerchev also won his first international senior event on behalf of Bulgaria. The lightweight defeated Tobias Englmaier of Germany in the final in Bucharest. Gerchev is a very talented judoka and one of Bulgaria’s hope among the men. He won the European U23 title in Tyumen in 2011 and won all age titles in his own country. Now he could taste the sweet victory in the seniors. Last year he won bronze in Madrid in the same weekend.

On Sunday the action continues.