NEXT U23 CHAMPIONSHIPS WILL TAKE PLACE IN IZHEVSK 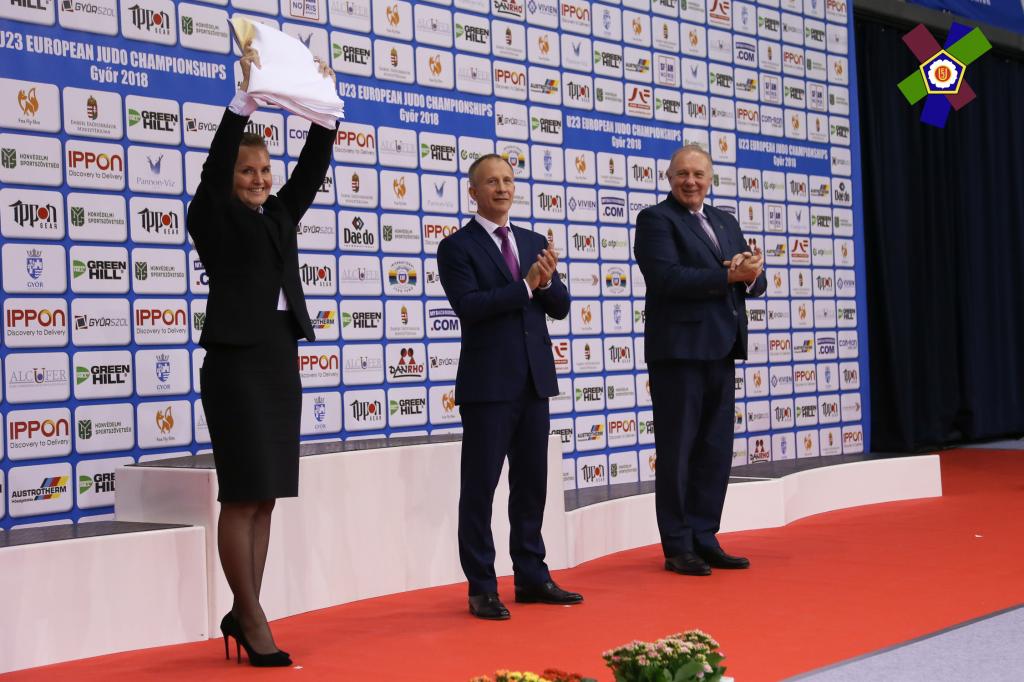 We are delighted to announce the next host of the U23 European Judo Championships. The competition will take place in Izhevsk, the capital city of the Udmurt Republic in Russia. The city is located along the Izh River in the Western Ural Mountains. On the last day of the U23 European Judo Championships is Györ the president of the Hungarian Judo Association, Dr Toth Laszlo, handed the flag to EJU President, Sergey Soloveychik, who handed it on to Natalya Goltsova, Minister of Physical Culture Sport and Youth Policy of the Udmurt Republic.

Vladimir Degtyarev, Russian head coach of women U23, is looking forward for next year.

“It is very important for us to host this event because it is great promotion for judo. Judo Fans in Russia can watch judo live and it helps also to promoto Judo in the city Izhevsk and in the region. The Udmurt Republic has shown a great improvement in the last years, so we are very certain that they will organise a great competition.”