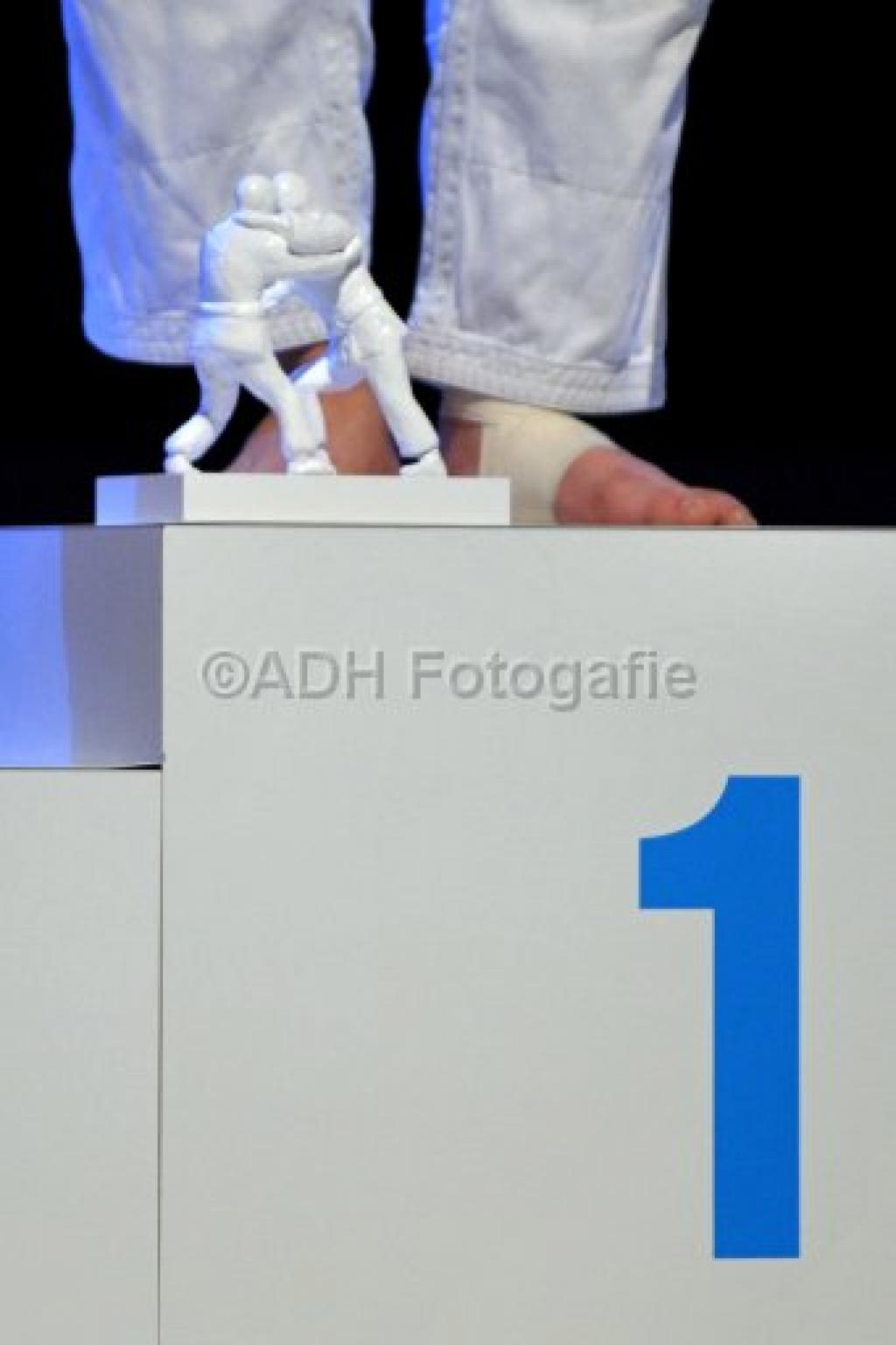 Ivan Nifontov (RUS) and Morgane Ribout (FRA) have won the honour to become EJU Best Judoka of the year.
Both judoka were chosen by the EJU Sports Commission because of their fantastic year based on championships all over the world, not making a difference between European or World Wide events.

Ivan Nifontov of Russia had his greatest day at the 28th of August winning the World Title in the final of the -81kg division at the 2009 World Judo Championships. He is one of four male judoka who ever won the World- and European title in one year. This year in Tbilisi he won the European title and in July the Grand Slam of Rio de Janeiro.

French Morgane Ribout won the world title at the 27th of August U57kg and won the bronze at the European Championships and silver at the IJF Grand Slam in Paris in February this year.

In Düsseldorf at the EJU Congress Gala Dinner not only awards were given for the best senior judoka, but as well for the junior judoka.
The Sports Commission decided to award the honours to Lukas Krpalek (CZE) in the men’s junior division and Hedvig Karakas (HUN) in the women’s division.
Both fighters had an outstanding year. Krpalek extended his world junior title recently in Paris and Hedvig Karakas won bronze at the Senior World Championships and won the U20 World and European title.

Ezio Gamba (ITA) was chosen as best men’s coach, in his case of the Russian team. Fabian Marian (SLO) deserves the honour for the best women’s coach.

The EJU was happy to announce in Düsseldorf that The German Judo Federation (DJB) was chosen as EJU best partner.

Armenia won the honour for best organizer. The European U20 Championships in Yerevan were defined as an excellent and well organized championship.

EJU’s most popular event was the European veteran Championships in Lignano which was awarded to Italy.

Russia, Armenia, Azerbaijan and Georgia were given the judo for peace award.

The gold medal for his long service goes to Dr. Yorgos Vlatsas.

José Costa (POR) won the honour for best all round judoka.