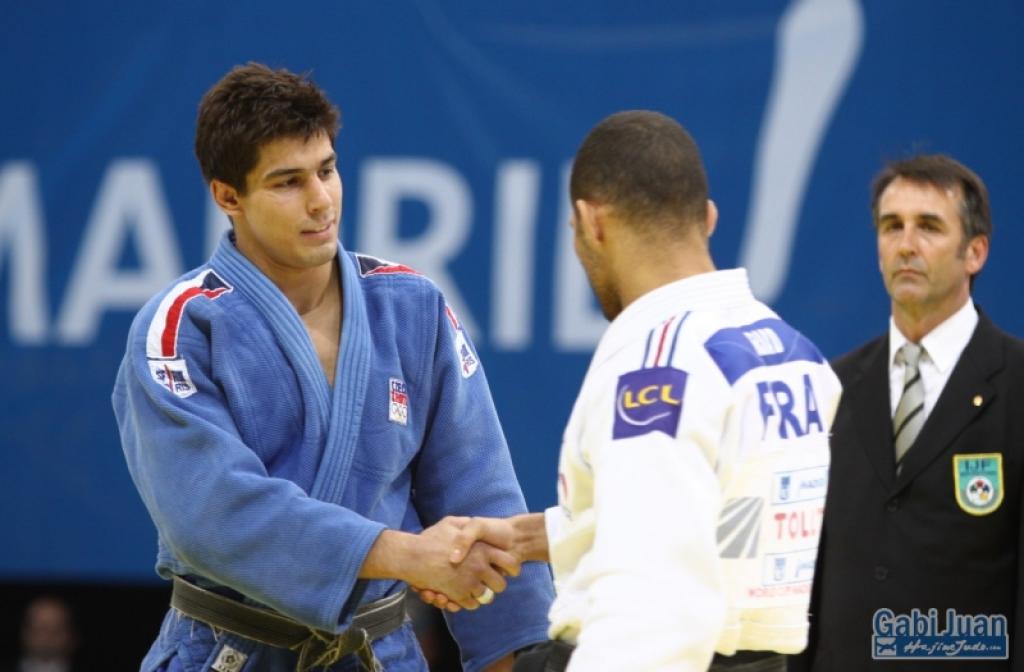 Nine different countries won medals at the first day of the men’s World Cup in Madrid. France won three medals, but didn’t win gold. It was Japan who won the first title. Hirofumi Yamamoto defeated French Lilian Barreyre for gold. Yamamoto, bronze medalist at the World Junior Championships in 2008 led the final after 100 seconds scoring a yuko, but finished of the match with two waza-ari.

In the category U66kg Latvian Deniss Kozlovs won his first ever World Cup. 26-Year old Kozlovs is in a good mood. He won bronze at last year’s European Championships in Tbilisi, but this year he finished 7th. Now he finally won a World Cup as oldest medalist of yesterday in a young field of participants. Yamamoto was the youngest aged 20.
Kozlovs medal was quite unique, he won the 7th ever gold medal in a World Cup for Latvia. Vsevolods Zelonijs won the first four in the men’s category. Viktoria Gordeeve was the only women to in 1993, and Jevgenijs Borodavko was the last judoka to win gold for his country in 2008.

The Czech Republic won a gold medal U73kg by Jaromir Jezek (pictured). He tries to win a World Cup every year, in 2007 and 2008 he succeeded to win in Birmingham and Vienna, but last year he didn’t compete much. This year he lost his first matches at three different events in Vienna, Prague and at the Europeans again in Vienna. But in Madrid he was able to fight six matches and won all of them.
Not Lukas Krpalek won the first gold medal in a World Cup, GP or GS, but 23-year old Jaromir Jezek took the first today in Spain’s capital.