NO STOPPING GVINIASHVILI IN QUEST FOR RIO 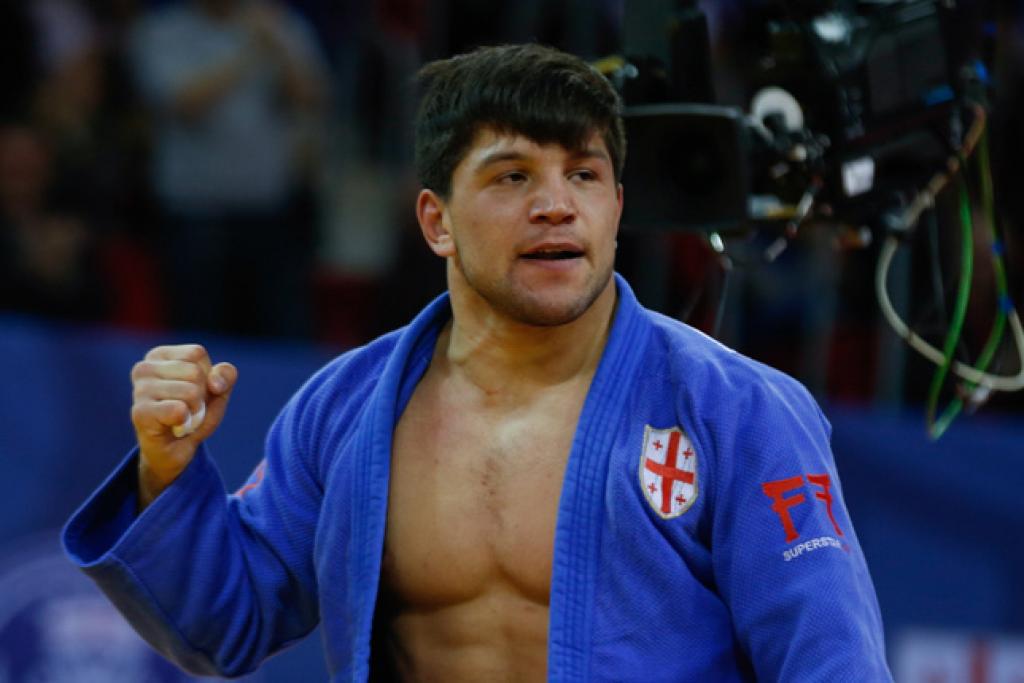 It is hard to keep a good man down, and so it proved today as Beka GVINIASHVILI (GEO) stormed to a convincing win in the -100kg category on the third and final day of competition at the Samsun Grand Prix. By taking the gold medal here Gviniashvili has sent out a strong signal that he intends not simply to take part in Rio but to take a medal there too. It is becoming increasingly difficult to argue against this possibility when with each event Gviniashvili demonstrates yet another improvement in his performance.

Gviniashvili’s opening contest was against Enes TATAR (TUR). This lasted a little less than a minute as shortly after the first exchange went into ne waza Gviniashvili applied a powerful shime waza from which Tatar was forced to submit. Having hardly broken sweat this was not necessarily the best preparation for Gviniashvili’s next contest which was against current world number one Elmar Gasimov. But Gviniashvili was at his devastating best and within 40 seconds unleashed a powerful ura nage for ippon from which Gasimov took almost as long to get to his feet as the whole contest. The crushing nature of this single win shows clearly the huge potential for Gviniashvili to be a real threat in Rio.

The first of the quarter finals featured Gviniashvili and Ben FLETCHER (GBR). But there was little opportunity for the British fighter to put Gviniashvili through his paces as after a minute the Georgian launched a makikomi effort that scored waza ari from which he moved to secure ushiro yoko shio gatame and a place in the semi final. Ivan REMARENCO (UAE) had the task of facing Gviniashvili and it was one that proved too difficult for the man from the UAE to handle, for within a minute Gviniashvili had scored waza ari with makikomi which he followed up seconds later with an o uchi gari to take the contest. In the final Gviniashvil faced Rafael BUZACARINI (BRA) whom he had defeated at the Pan-American Open in Buenos Aries last month.

Buzacarini managed to slow Gviniashvili down for the first time in the day as he restricted the Georgian to scoring a single yuko in the contest. But that was sufficient to give Gviniashvili the gold medal and to lift him an incredible 14 places up the IJF world ranking list. Four of the five opponents who were downed by Gviniashvili today were above him in qualification positions at the start of the day. This was a job well done and one that will silence only the die hard detractors who maintain that Gviniashvili cannot make it in the -100kg category.