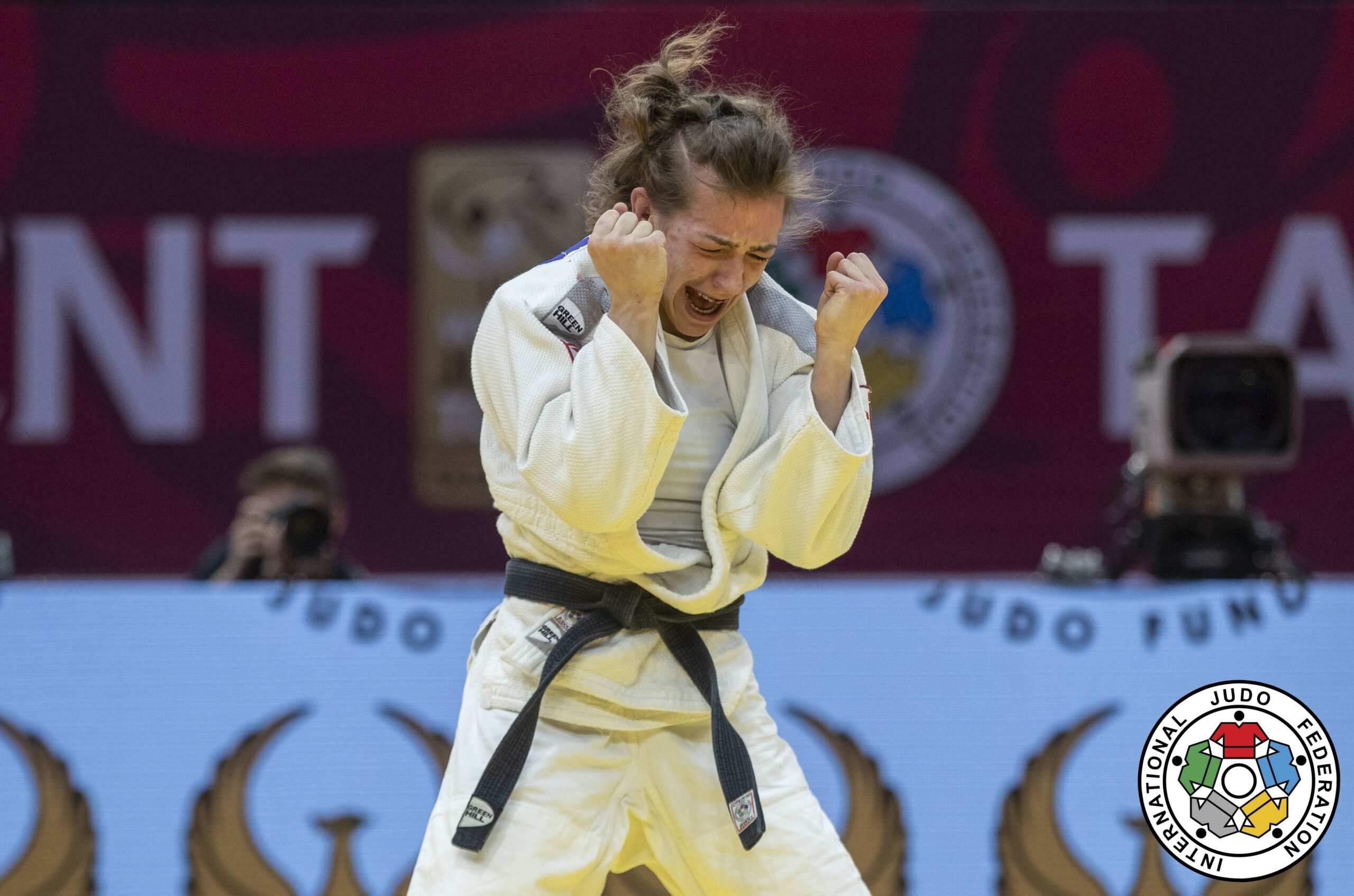 The opening day of the Tashkent Grand Slam saw the top seeds snare the majority of the medals. Little was available for the unseeded athletes as the number one seeds took all five of the gold medals on offer.

The gold medal in the -48kg category went to number one seed MUNKHBAT Urantsetseg (MGL) who in the final threw TSUNODA Natsumi (JPN) beautifully for ippon. In a gutsy performance that showcased her newaza skills (as well as her determination) Milica NIKOLIC (SRB) came back to snatch a bronze medal from Laura MARTINEZ ABELENDA (SRB). Not to be outdone, team mate and rival Andrea STOJADINOV (SRB) too followed up by taking a bronze medal against Francesca GIORDA (ITA) to maintain the tension in the internal Serbian battle. 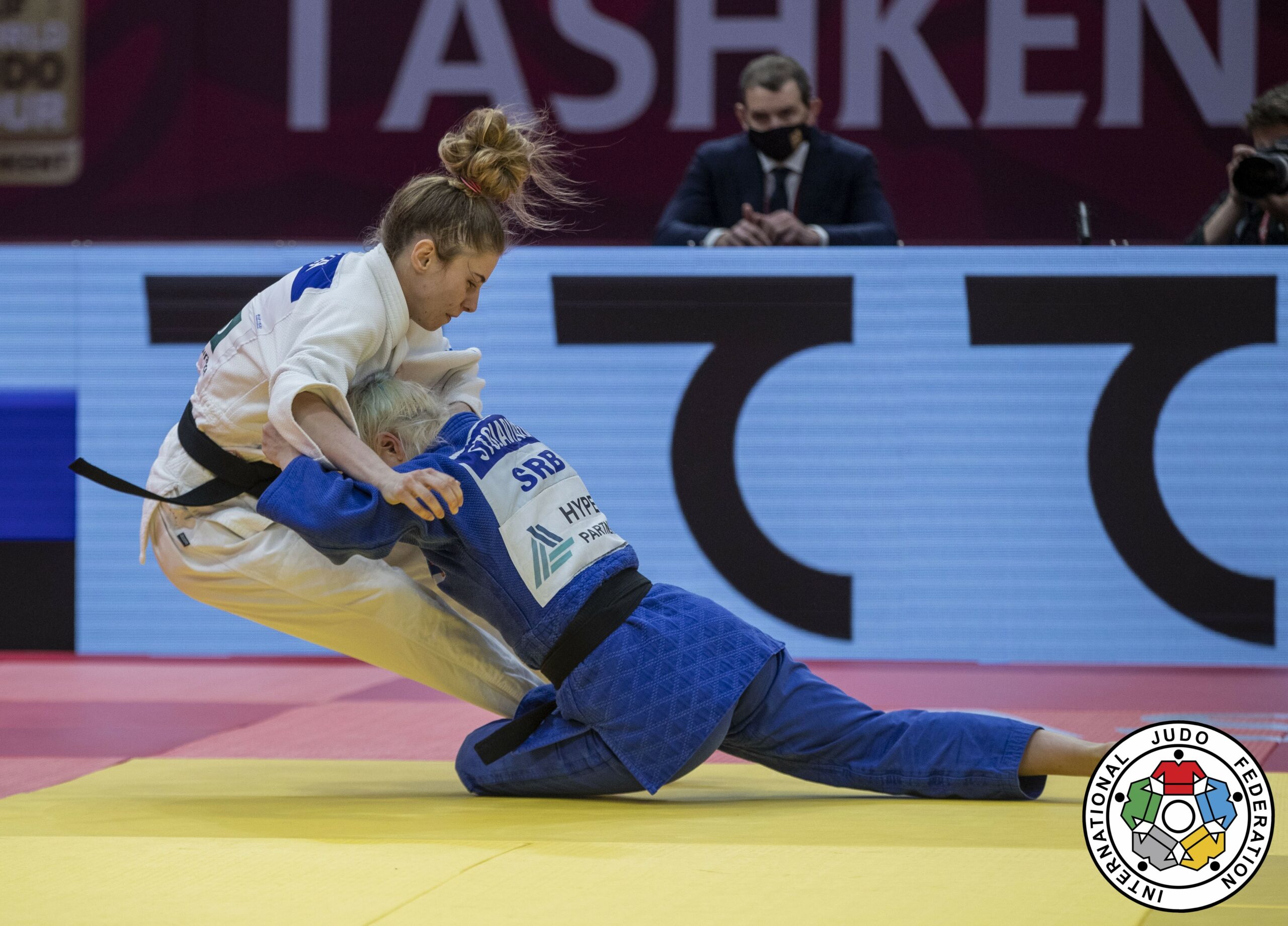 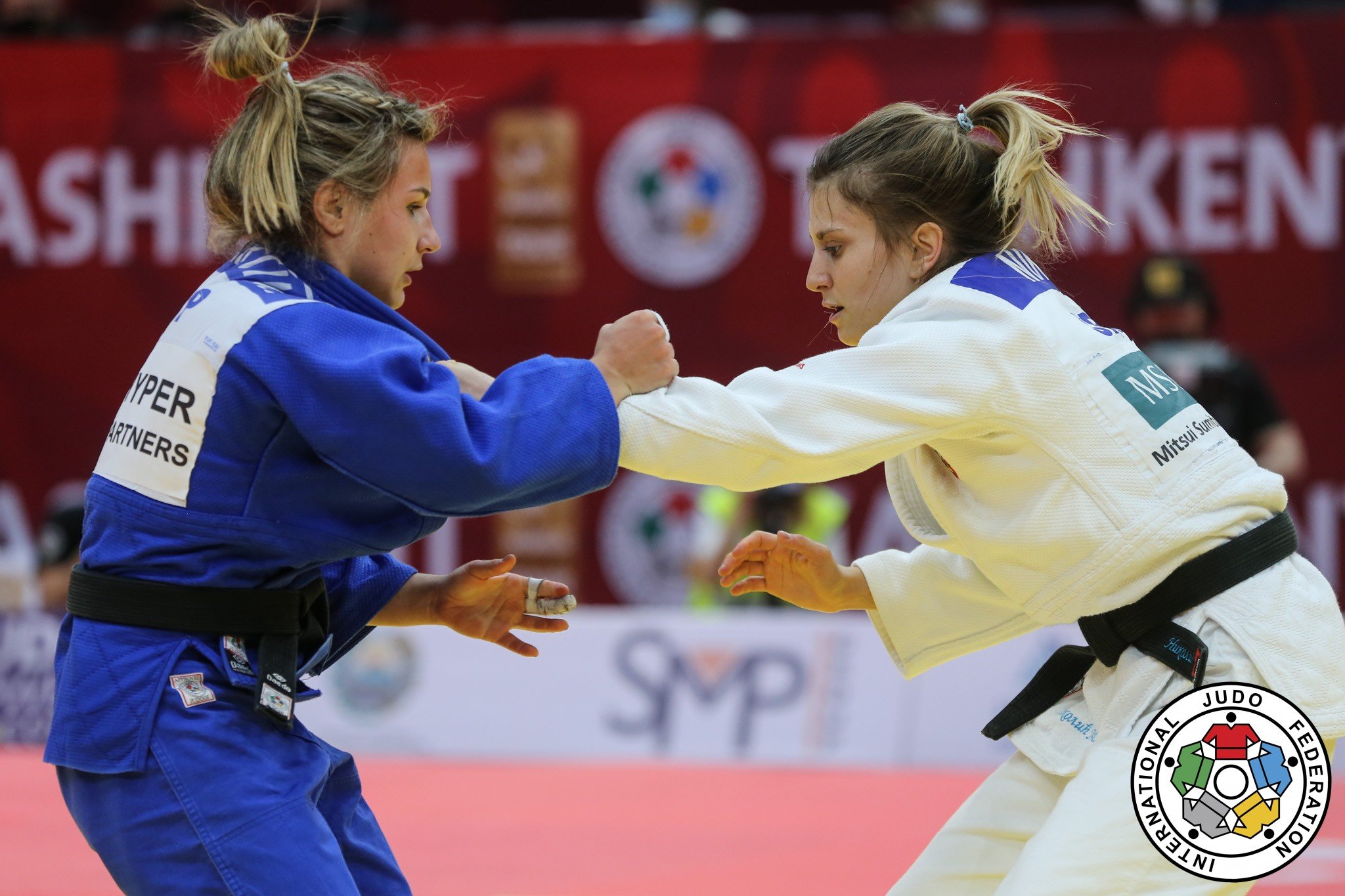 There was action aplenty in the -60kg category where Karamat HUSEYNOV (AZE) put in a solid performance eventually losing out in the bronze medal contest to Luka MKHEIDZE (FRA). Earlier on in the day Jorre VERSTRAETEN (BEL) had lost in the quarter-final to Kemran NURILLAEV (UZB) who went on to take a bronze medal, the first for host nation Uzbekistan.  In the final world number one NAGAYAMA Ryuju (JPN) overcame 2015 world champion Yeldos SMETOV (KAZ) throwing the Kazakh athlete for a single waza ari with morote seoi nage.

As expected in the -52kg category it was double world champion ABE Uta (JPN) who stole the show and took the gold medal. Unfortunately, there was no final due to her opponent LKHAGVASUREN Sosorbaram (MGL) having picked up an injury in a previous contest. Elsewhere in the category, Nadezda PETROVIC (SRB) fought way beyond her IJF WRL position of 96 eventually losing in the bronze medal contest to Fabienne KOCHER (SUI) who with this win keeps alive her own qualification hopes.

Orkhan SAFAROV (AZE) suffered a shock second round defeat when he was bundled out of the -66kg category by the previously unheralded Luukas SAHA (FIN) ranked 220 and taking part in his first ever Grand Slam. The Russians selected Aram GRIGORYAN (RUS) for this event and he managed to take a bronze medal when he threw Yerlan SERIKZHANOV (KAZ) spectacularly for ippon with ko uchi gake. The gold medal went to AN Baul (KOR) who in a rather dour and uneventful final defeated YONDONPERENLEI Bashkuu (MGL) on penalties.

Marisa PERICIC (SRB) caused an upset when she defeated Timna NELSON LEVY (ISR) to take a bronze medal in the -57kg category. There was a bronze medal too for Theresa STOLL (GER) who in her bronze medal contest with KIM Jisu (KOR) executed an excellent sangaku gatame for ippon. In the final it was TAMAOKI Momo (JPN) who somewhat fortuitously defeated LIEN Chen Ling (TPE) after having committed what appeared to be a leg grab. Luck was with the number one seed as she, like all the other number one seeds in the day, picked up the gold medal.