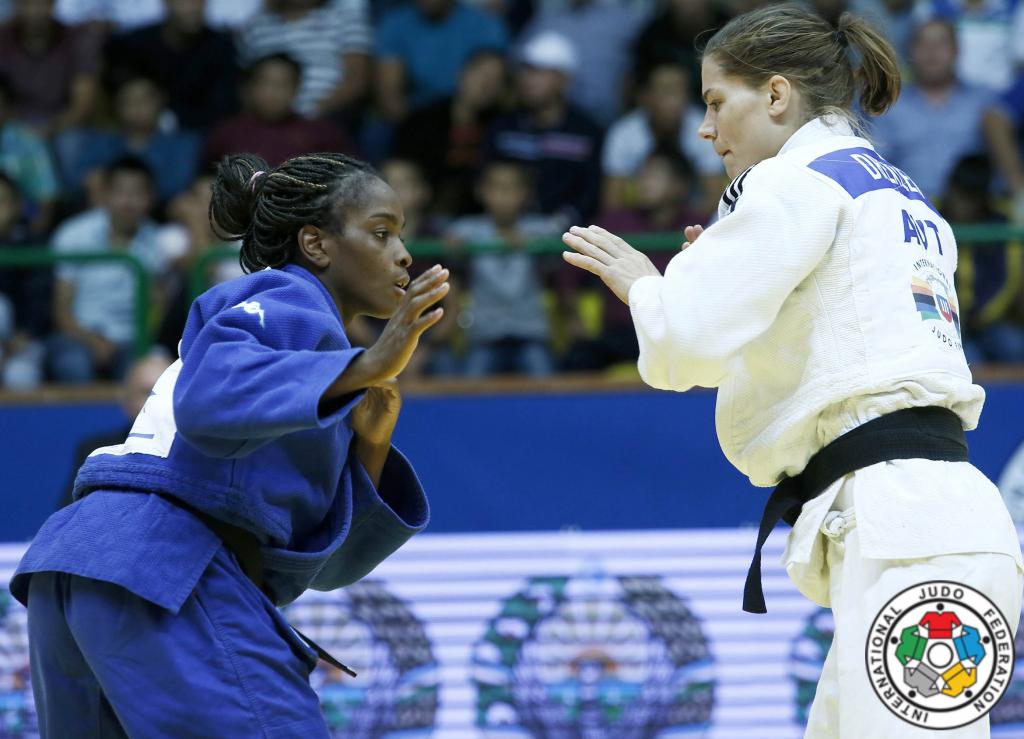 Italy’s Edwige GWEND began the day as one of the favourites and so it was not such a surprise to see her finish top of the pile as she won gold in the -63kg category on day two of competition at the Tashkent Grand Prix in Uzbekistan. The 24 year-old Italian won the second IJF Grand Prix of her career after last year’s gold in Tbilisi, strengthening her place among the world’s top ten.

After a first round bye, Gwend defeated first Ana Cachola (POR), who rather clumsily fell into tateshiogatame, then in the quarter-final Isabel PUCHE (ESP) who also succumbed in newaza, this time Gwend finishing off with kuzurekesagatame. Gwend’s semi-final opponent was number three seed Alice SCHLESINGER (GBR), whom the Italian defeated by yuko in golden score. In the final Gwend narrowly overcame Austria’s Hilde DREXLER the latter having been given the single shido that decided the contest.

In commenting on her preparation for this event Gwend said, “I was not quite sure how things would go here as I’d been training in Japan for a few weeks, then went straight to the Italian championships before coming to Tashkent.” About the quality of the field Gwend said, “ There were a good number of competitors from the top 20 in the world and I am really pleased with my win in particular because of the points toward Olympic qualification.” When asked about her upcoming plans Gwend responded, “I’ll see how things go at the Grand Slams in Paris and Abu Dhabi; after that I’ll decide whether to do the Asia tour at the end of the year.”