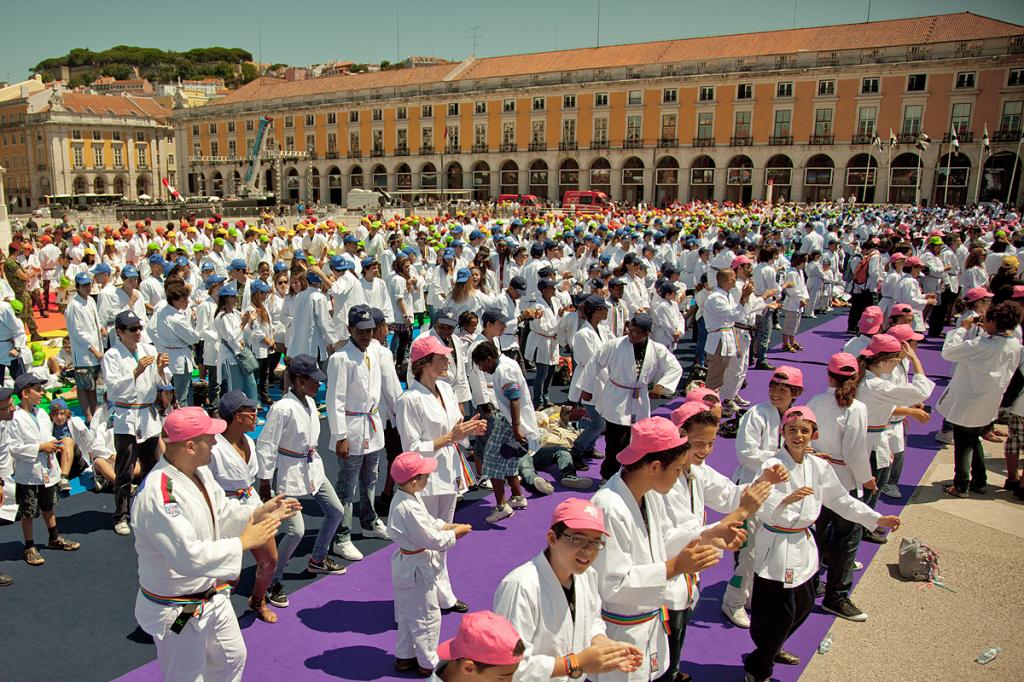 Nuno Delgado and his team joined millions off children and young people from all around the country, as well as some judo communities around the world, and all together they show that judo is not only a sport, it’s a way off life.

It was an event recognized by Nelson Mandela Foundation like part of the international kick off Mandela Days, with the contribution of personalities like Graça Machel, the ex-football player Luís Figo, the former Olympic champion Rosa Mota, the tri-european judo champion and vice-champion of the world Telma Monteiro, and the bi-judo champion João Pina, among many others, that accepted the invitation to be ambassadors of the Mandela Day 2011/The World Largest Judo Class.

The civic movement, presented in Paris last year during the Grand Slam of Paris in Bercy, have also a unique moment when someone dressed the Marquês de Pombal statue, on the heart of Lisbon, with a very large kimono and the rainbow judo belt, which symbolizes hope, unity of opposites, union of nations and social integration, a concept advocated by Nelson Mandela, the mentor of the social inclusion concept.

By the end of the event, all participants have returned their kimonos to donate it to Nuno Delgado School, for disadvantage young people, allowing Achieve, Collect & Give Back project to continue ‘Building Champions For Life.

If you want to see the former European Champion Nuno Delgado in Action, it’s possible in our Judo and Family Camp in Rovinj in Croatia in July.

Read more about it: