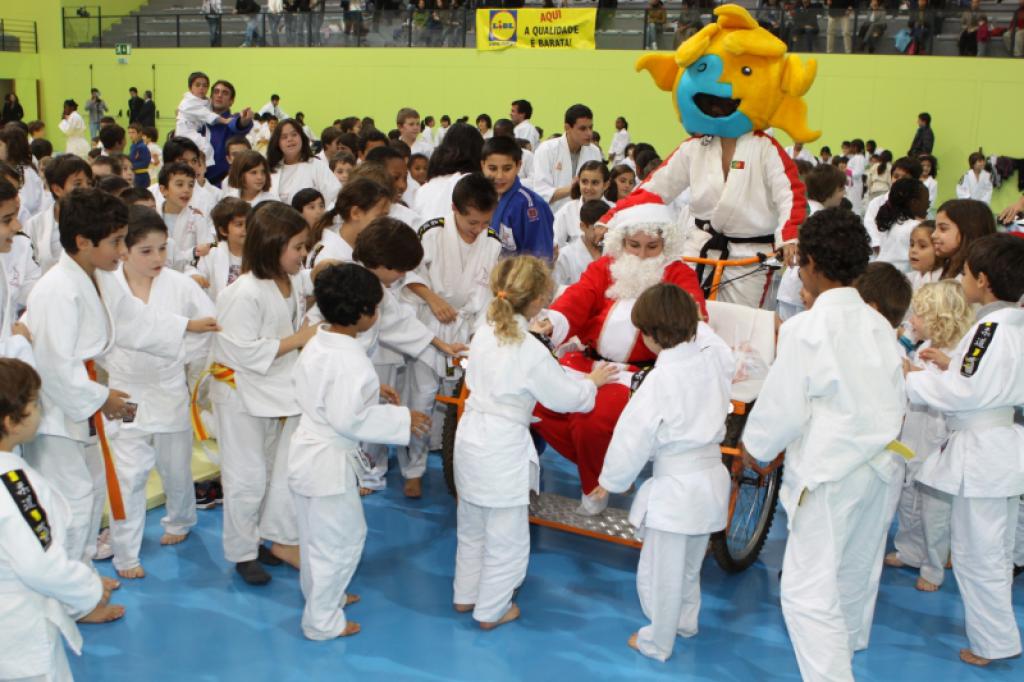 The great family of the School of Judo Nuno Delgado (EJND) filled the Pavilion of Odivelas, in a great celebration of solidarity that were distributed thousands of gifts and raised many others who will now be given to children over a dozen institutions of solidarity.

As part of the movement “Achieve, Collect & Give Back” and partnership with the Nelson Mandela Foundation, the EJND this year gave another dimension to the usual Christmas meeting of teachers and students.

One of the highlights of the meeting was the participation of Total Judo Team, which includes the handicapped and blind, who received loud applause from the audience. The show culminated with a competition with athletes of all ages, making this event a mega initiative to promote judo while a great moment of solidarity. Continuing the work of solidarity and social integration which Nuno Delgado helped to develop through judo. The climax was on the 1st of June at Terreiro do Paço, where more than 4,000 children have joined to make the World Largest Judo Class and beat a Guinness record.

The program also included the signing of a protocol with the supermarket chain LIDL, which from now on, will sell all of its stores located in Portugal the Bracelets “Achieve, Collect & Give Back”, and marked the kick off of the World Largest Judo Class 2012, which is a partnership of the School of Judo Nuno Delgado, the Portuguese Judo Federation and the European Judo Union.