NYMAN BATTLES HIS WAY TO GRAND PRIX GOLD IN TASHKENT 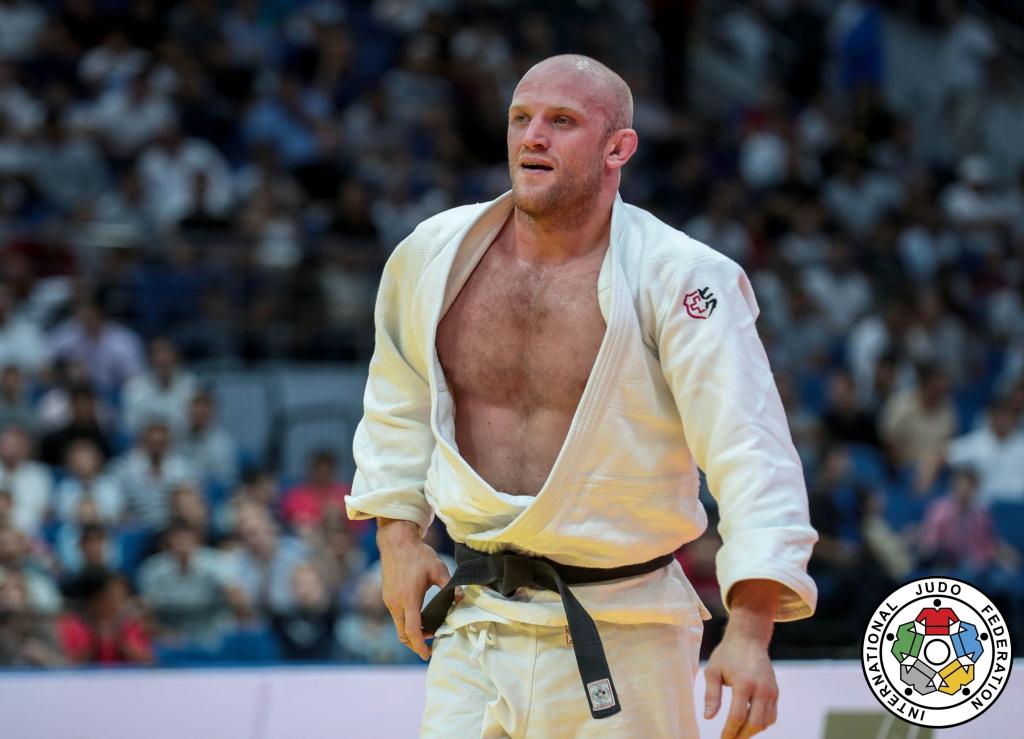 It is no secret that Nyman’s strength is in ne waza and Khalmurzaev was well aware of that fact. Only in golden score, with Nyman’s defence intact and Khalmurzaev’s power reserves depleted, did the Russian find himself in danger of getting caught on the ground. And it was an opportunity that the experienced Nyman was not going to pass up, eventually securing kuzure yoko shio gatame for the win and his 3rd Grand Prix gold medal.

When asked to give his thoughts on the day Nyman said,

I am absolutely delighted to have come through a really tough day and to have won the gold medal.

In describing his absence from the Tour since 2019 Nyman said,

Although I continued training I lost my motivation after Rio. I spent some time competing in the Bundesliga and just taking time away from the Tour. I was lucky to avoid any injuries so I was able to keep in good shape and for that reason I think it made my return less of a mountain to climb.

With regard to resetting his sights after the Rio Olympics Nyman said, “I just stay focused and do what I know works for me. Now I am looking forward to fighting toward 2020. It is an amazing feeling to defeat such strong opponents and I’m just going to take some time to let that feeling sink in.”