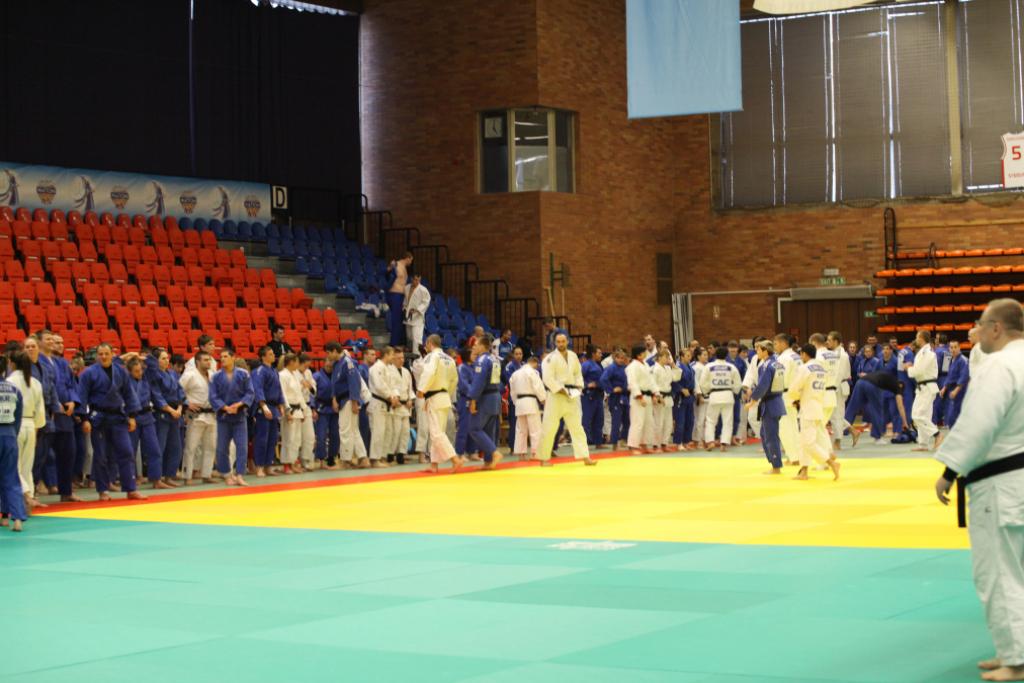 Hundreds of Judokas are practicing back to back while the Judo for School development project and Coaching Seminar also taken place this weekend in Nymburk’s Olympic Training Centre. However this is not it yet, more players yet to arrive.

Yarden Gerbi, Ilias Iliadis just few to mention amongst others preparing for the European Championships, which is less than 40 days before it begins. Kim Polling returned from her injury and was back on the mat this morning too during the ladies session, however the Israel team is leading the number and quality of female athletes on the mat. Russia male team takes the majority of the mat area at the male session, while the Hungarian Ungvari brothers were also up today showing some serious set of skills. The OTC training camp also accommodated many of the juniors judokas. Most of the competitors are preparing and will be making their way for the Grand Prix next weekend which will be taking place in Tbilis, Georgia. Isreal female headcoach, Shany Hershko said: “It is good for us here because there are many young girls here despite the competition of the Training camp in Brazil” The Israel female team will be attending at the Georgian and Turkey Grand Prix before heading out to the European Championships. “I have a mix team and they are very young. We preparing for the Olympic qualification, because as you know we have only one player from Israel who represented our nations at an Olympic Games and so my goal is to have three or four players representing Israel at the next Olympic Games. So for us the European Championships is not about a huge success there but mainly a preparation for the Olympic qualification.” – he added.