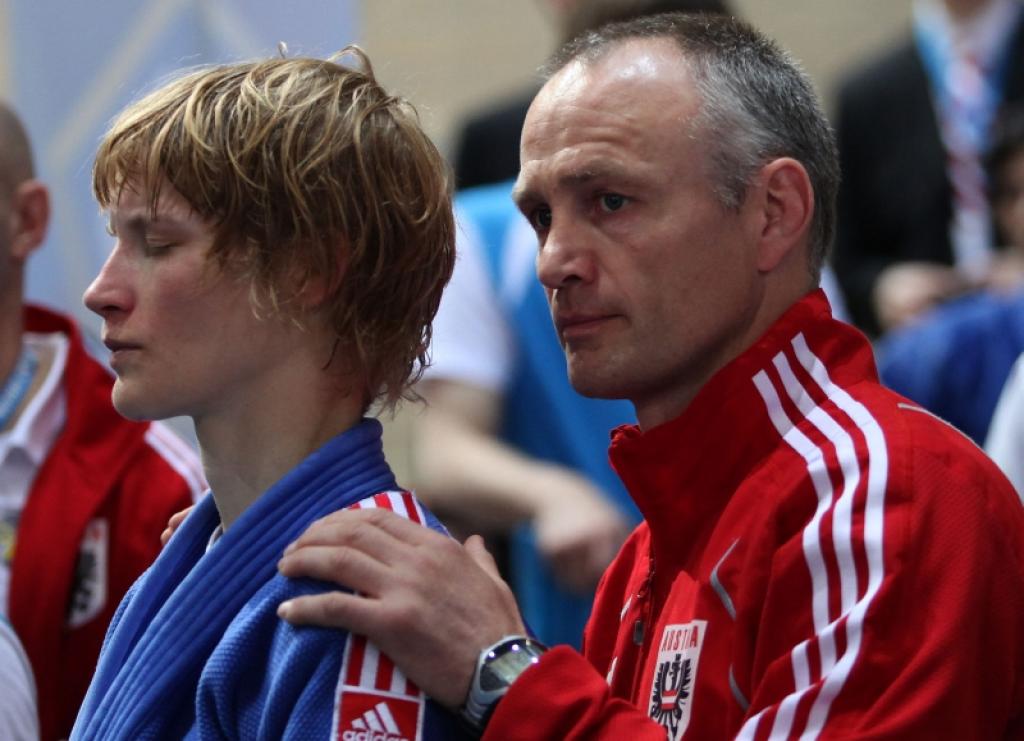 For more than 30 years the Judo Calendar includes an Austrian tournament. For years the Austrian Open was held in Leonding, since 2006 in Vienna and since this year in a new and great venue in Oberwart. The best judo women will visit Oberwart to fight for the medals at the World Cup. Next year the men.
Most of the athletes stay in Paris for the training camp and will directly leave Paris to ‘do’ Oberwart.
After Oberwart there will be a three days training camp (Monday-Wednesday) as a hub for the IJF Grand Prix in Düsseldorf.

For the Austrians Oberwart will also be a chance to send the talents to a World Cup. Besides the experienced Hilde Drexler, who won bronze in Sofia, new talents can collect their international experience.
Austrian frontrunner Sabrina Filzmoser (U57kg) cancelled her participation on Thursday. Filzmoser suffers from a hand fracture since the Abu Dhabi Grand Prix in October.

Drexler tries to step into the gap that Claudia Heill left behind. Drexler develops well and already booked good results at various European events, but the U63kg category is tough to qualify.

Traditionally the Cuban women were amazingly strong over history at the Austrian Open. Legna Verdecia won 6 times, Amarilis Savón and Driulis Gonzalez 5 times. No comparison to other judoka who maximum won three times. That era is over now and most over dominated by Asian judoka. Only one judoka of all 14 female winners of the last two editions in Vienna was European. Marijana Miskovic won the World Cup in Vienna (u63kg) in 2009.

Enjoy the World Cup in Oberwart this weekend. Don’t forget enjoy the inside stories of the World Cup and subscribe to our twitter feed http://twitter.com/judoeurope