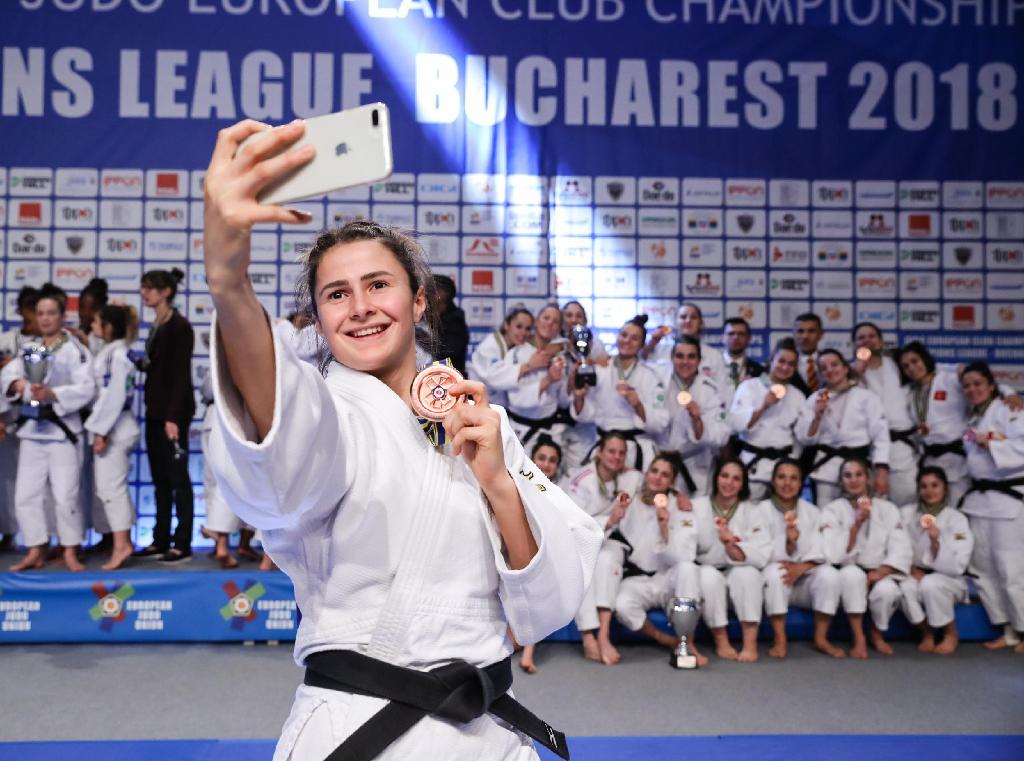 Both the European Club Championships and Europa League will once again be held in the same location. These exciting and awaited competitions showcase some of the best teams in Europe, all competing ultimately for the Europa League title.

In 2018, Bucharest was the host city for both tournaments, marking the first of this occasion, this year we will be taken to Odivelas, Portugal. The gold medallists from the mens Champions League, Sporting CP Lisbon will now have the chance to compete on home ground alongside their Europa League counterparts; Salesianos (mens) and Associacao Academia de Coimbra (womens).

The President of the Portuguese Judo Federation Jorge FERNANDES, along with the Councillor of Sports of the Municipal Chamber of Odivelas, Mr Paulo CESAR TEIXEIRA, Pedro SOARES and Jorge FONSECA, coach and athlete of Sporting Clube de Portugal, winners of the last edition of the Champions League came together to sign the MOU for this event earlier this year. Catarina RODRIGUES as Sports Director of European Judo Union, presented both Champions League and Europa League, the teams that will be present and the champions that will perform on 16th and 17th of November in Odivelas Sports Hall.

The Champions League will be a battle of the French when it comes to the womens competition, five of the eight teams will be welcomed from France along with Ratiborets (RUS), JC Vinkovci (CRO) and Galatasaray Istanbul (TUR). Flam 91 (FRA) put on an incredible performance last year claiming their gold medal after a tough final against other French side, JC Pontault Combault.

Pedro SOARES, coach of the Sporting CP Lisbon team was delighted last year, lifted by his team as they took the title for the first time, previously having to settle for the bronze. This year with the home ground advantage he will be hoping for a repeat for his team including the 2019 -100kg World Champion, Jorge FONSECA. It will not be an easy road as Yawara-Neva and Edelweiss of Russia will try to make up for last year as well as Red Star Belgrade (SRB).

SOARES outlined as his first objective, to be present in the final, but warned that each match would be a final where the group is the most important and not the individuals of the group. He also said these were events with a dynamic very different from the individual events and were excellent for anyone curious to see a good judo show.

The next day will see who will compete in the 2020 Champions League.

The womens participating clubs for the Europa League comprises of six teams, three from France, the Portuguese home team previously mentioned as well as a single Russian and Serbian team joining the competition. The battle will be on to medal here in order to earn their places in next years Champions League.

Within the mens side there are a total of eleven teams, some returning from last year including SGS Judo Sainte-Genevieve (FRA) and Aris Thessalonikis Judo Team (GRE). Adding to the 2019 edition is Fighter Tbilisi who weren’t present last year, as well as TSV Abensburg, the renowned German side.

The two day event in Odivelas will begin on the 16th of November, don’t miss the atmospheric event on our live stream at www.eju.net.