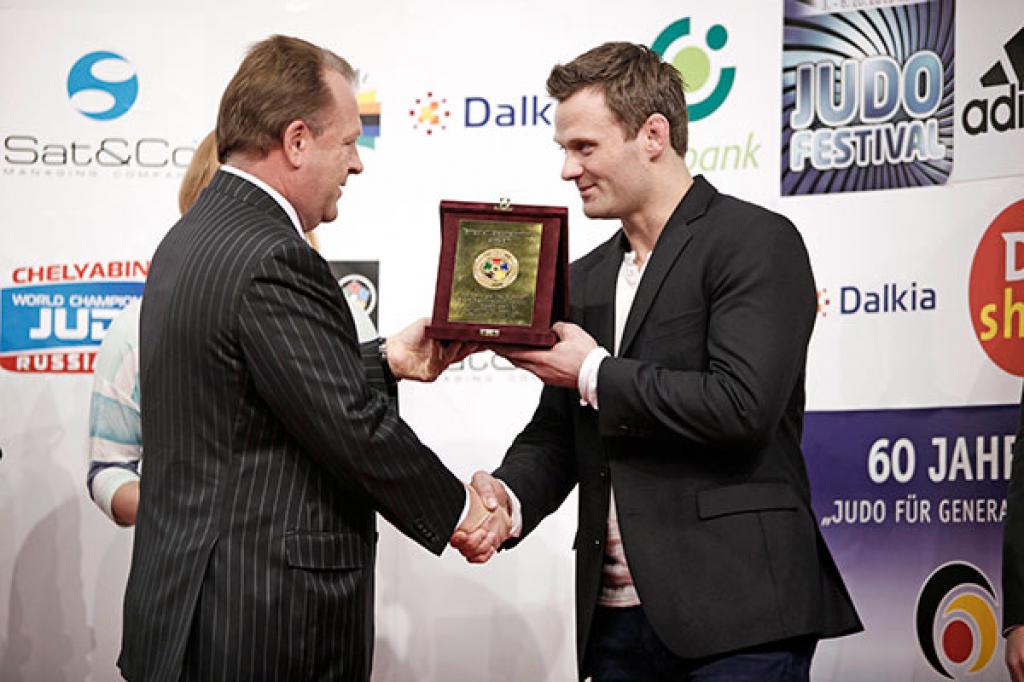 At the Grand Prix of Düsseldorf two oustanding judoka were awarded on the podium in front of 5800 fans. Prior to the final block, several special awards were presented by the IJF President, Mr. Marius VIZER, the President of the German Judo Federation, Mr. Peter FRESE, and the Director of the Presidential Office, Mr. Vlad MARINESCU to two great German Champions: Claudia MALZAHN, Individual World bronze medalist and World silver medalist (team) and Ole BISCHOF, Beijing Olympic Champion and London Olympic Silver Medalist.

Both athletes decided to retire from their sports career after ‘having helped a lot for the development of sports and of judo in the country and across the German borders’, as it was underlined by the IJF and the DJB Presidents. Claudia MALZHAN and Ole BISCHOF explained how happy they were to be here in Düsseldorf and that, whatever happens in the years to come: “We are part of the Judo Family and we will continue to be part of that great family!”.

Claudia MALZAHN and Ole BISCHOF received an IJF Gold Plaquette and a special gift from the German Judo Federation.