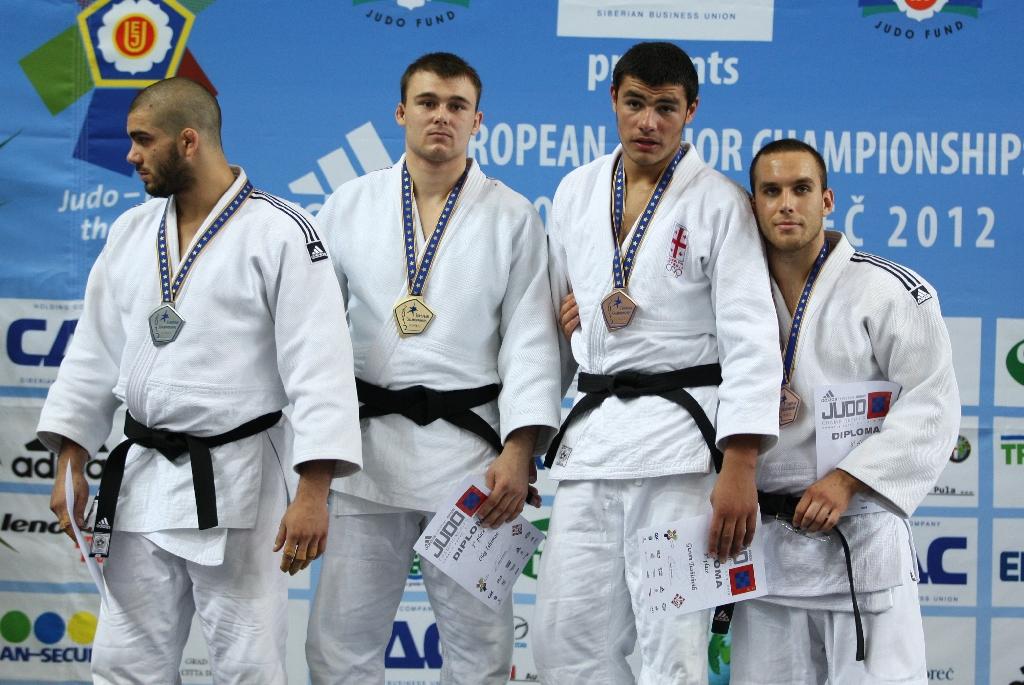 The final of the European Junior Championships in Porec U100kg was between Toma Nikiforov of Belgium and Oleg Ishimov of Russia. Ishimov took over an attack of Nikiforov after 29 seconds in the match and the referee raised his hand for ippon. A devastating point and disappointment for Nikiforov who wanted to have the gold so badly after the success of Lola Mansour on Saturday and Adrien Quertinmont at day one. Last year Nikiforov won bronze at home in Lommel.

The strong Russian Ishimov debuted with gold at the European Championships winning four matches with power judo. Ishimov had a reputation though this season as he won the European Cup for Juniors in St. Petersburg and Prague and won silver in Lyon. There in France in May it was Nikiforov who defeated the Russian, so it was a bit of a shock for Nikiforov who tought was so close to gold.

Both bronze medal fights took it to the limit. Nicolas Damico of Italy won a bronze medal after his waza-ari score against Marius Piepke from Germany. Damico lost the semi final against Toma Nikiforov. He survived the preliminaries after winning his previous two matches.
Guram Tuchishvili of Georgia needed the golden score to win the bronze medal against his French opponent Nabil Machtrou. After one minute in the extra time he scored and took the bronze medal for his country U100kg.