OLEG KRETSUL IS IMPRESSED OF THE JUDO FESTIVAL

“I think the concept of the Judo Festival is a brilliant idea because children are our future..." 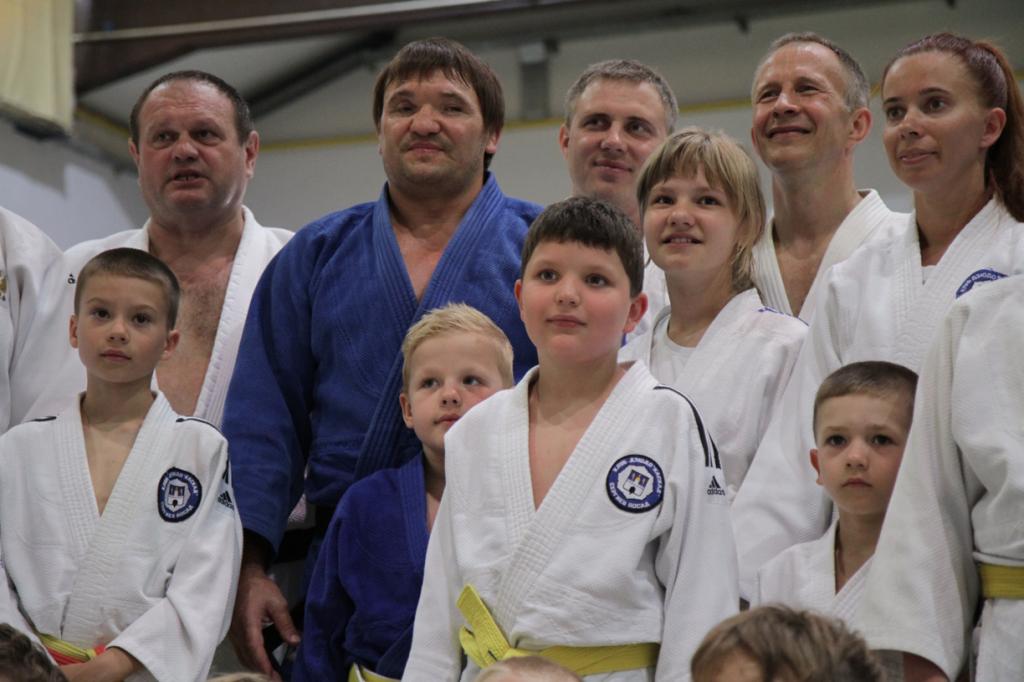 Judo can simply raise for life. All values, which Judo carries out, have crucial importance and similarities towards our day to day life without realising how powerful they are or they can be. Such terms as politeness, courage, perseverance, concentration, sincerity, honour, modesty, respect, self-control, and friendship are all part of the judo moral code of conduct and which are also necessary key fundamentals in our day to day life. Judo, the gentle way, which for some the way of life whilst for others judo is life itself. It certainly is for Russian judoka, Oleg KRETSUL.

Kretsul began to be recognized when he won silver at the European Championships in Hague in 1996. A year down the line and his life turned completely upside down. The 41 years old judoka got married in 1997. Nine days after the wedding they both suffered a car accident, where he immediately lost his young spouse. Kretsul survived, however, he lost his eyesight. 2 years after his accident, he returned to judo and continued at the visual impaired division, where he fast succeeded winning silver at the 2004 Athens Paralympic Games, and he is now preparing for his fourth Paralympics in Rio. “I picked up a serious injury in the semi-final at the London Olympics. The fact that I was able to come back is already an achievement for me. Participating in Rio will be incredible and I will do all my best to win.”

2008 Beijing Paralympic Champion, Kretsul, also at present in Poreč as he participated at the OTC training camp and now also taking part of the 2016 Judo Festival. “I am very happy that I was invited to this Festival. I want to say a big thanks to the President of the European Judo Union, Mr. Sergey Soloveychik for inviting me and for supporting me for many years. I enjoy being in Poreč, it is a wonderful place. Good weather, good atmosphere and the sea is perfect. I also must mention about the high level of organisation, its brilliant.”

“I think the concept of the Judo Festival is a brilliant idea because children are our future. It would be a good idea to have more than one Judo Festival per year”, he added. Kretsul concluded his thought: “Judo is my life. I can’t describe you in words how much I appreciate this sport. Judo allowed me to continue to live and discover the world. After my accident, if it wasn’t for judo, I am not sure where I would be today. People who supported me throughout my life are all from judo.”