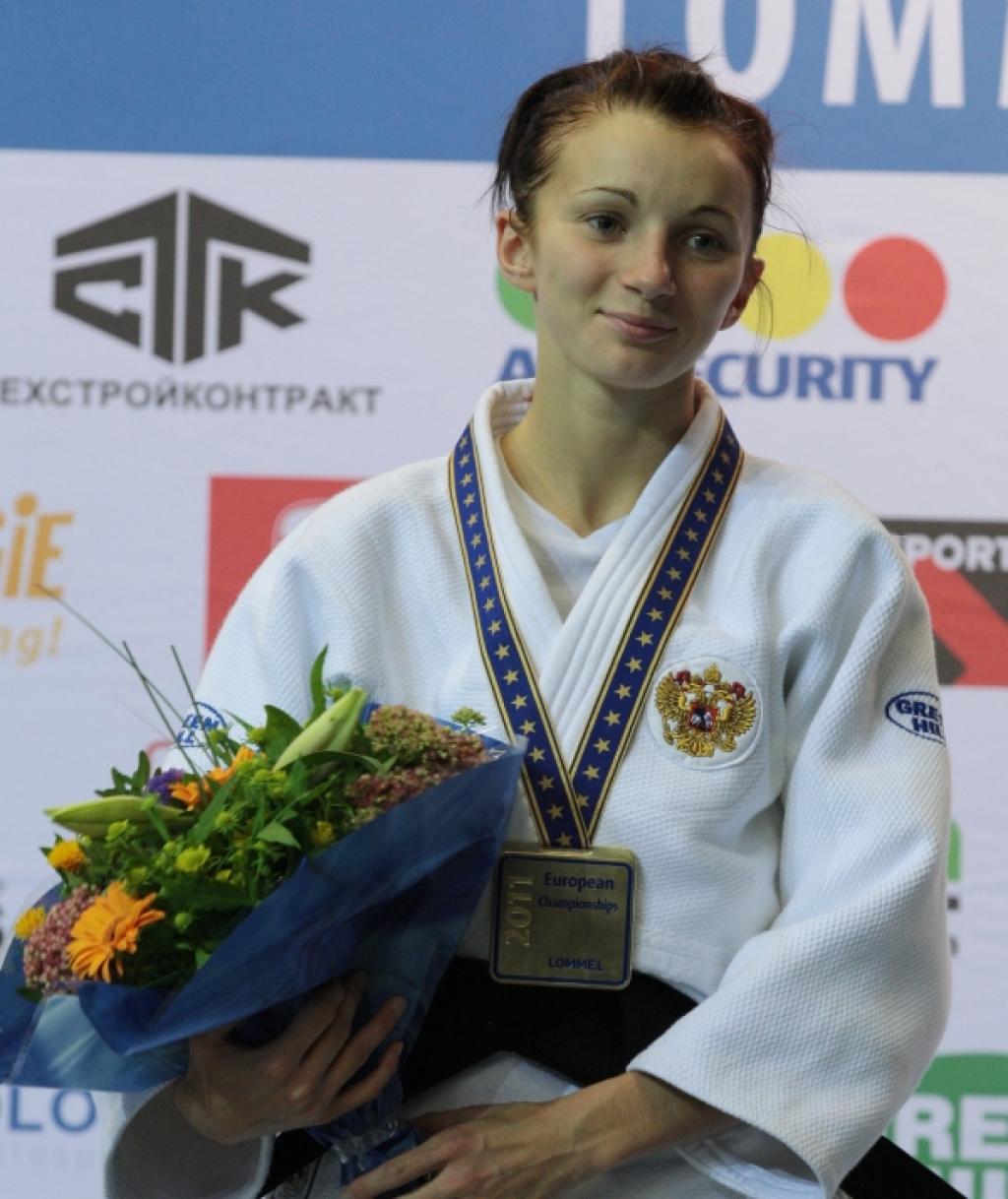 The first final of today’s event was in the young women’s U44kg category. Russian Evgenia Demintseva won the gold medal and has now a collection of two European titles. In 2009 she won the U17 European title. In today’s final against Spanish Champion Cristina Casas she scored after three minutes and could control the match in the last minute. Casas finished seventh last year and made a nice progression although she couldn’t make the difference in the first three minutes when both fighters were equal. Her last attempts to speed up the fight didn’t help. Demintseva who won a World U17 bronze medal in 2009 and was fifth in her first U20 World Championship now took a first place and Russia’s 30st European junior title since 1993.

For the bronze medal German Irina Morena Hernandez defeated Priscilla Morand of Switzerland in the golden score by a great ippon. For Morena Hernandez her first European medal although she had won a gold medal in Prague’s European Cup.

The second bronze fight was also decided in the golden score in advance of Vita Valnova (BLR) against Nesrin Kartal (TUR). Valnova who now won a medal in the U20 category. Last year she took bronze in Teplice for the European U17 Championships.