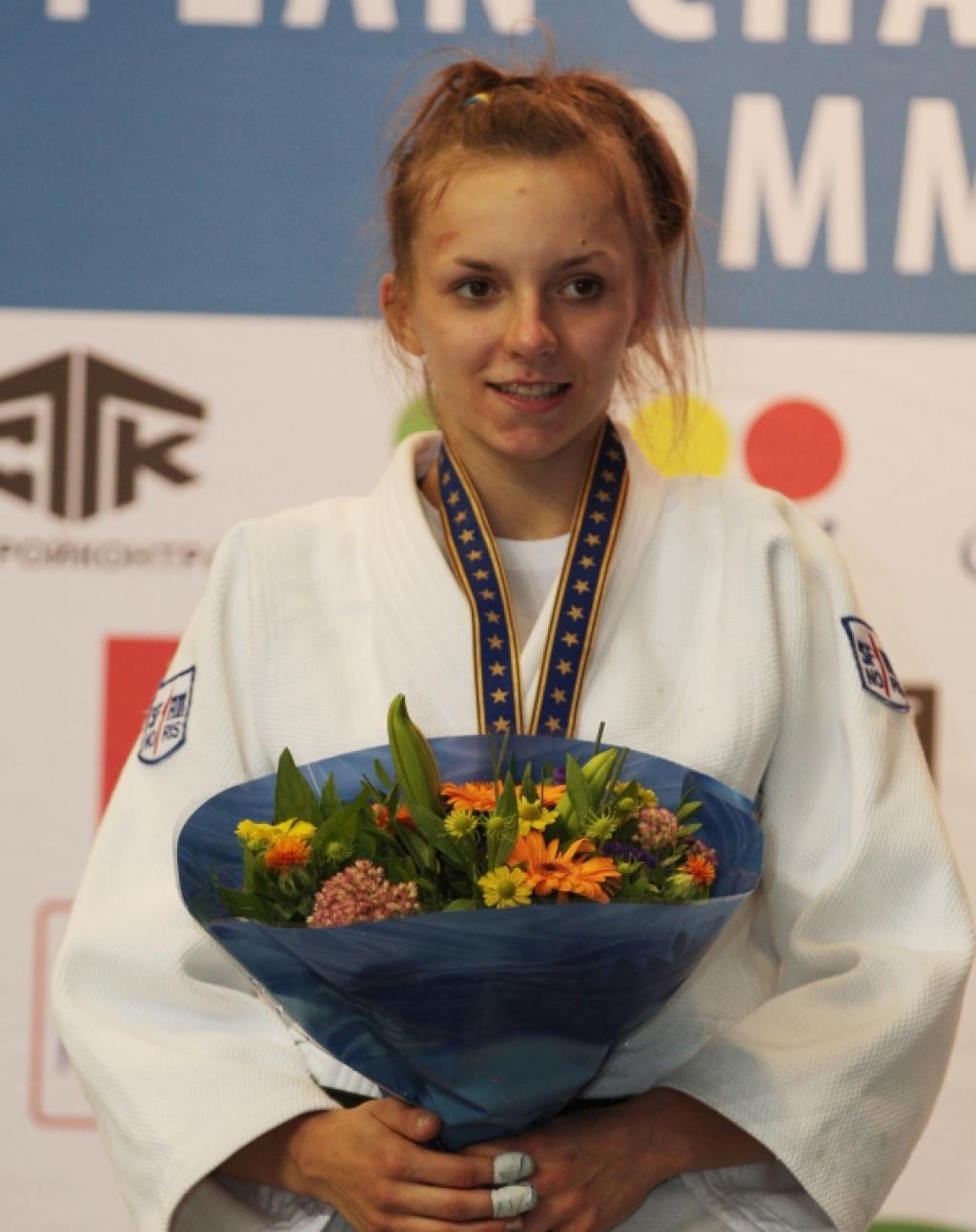 The European title U52kg was for the Ukraine. Oleksandra Starkova won gold in her final against Swiss Kathrin Frey by a great left uchimata. Last year in Samokov she won a bronze medal and today she was promoted to the major league in judo by taking gold. Starkova is the 15th of the Ukraine to win the European Junior title. Two super stars won the title twice: Anastasia Matrosova and Roman Gontyuk. A good outlook for the future of Starkova who is in a good shape this year by winning the European Cup in Kiev.

Kathrin Frey had a good but heavy day. The Swiss was victorious over Mathilda Wallen (SWE), Floortje Stoop (NED) and Greta Poser (ITA) but Starkova was too strong. Last year she had a bad taste after finishing fifth in Samokov (BUL). Last year she much more dominant in her category while this year she didn’t win the medals compared to last year but was able to peak at the right time, but failed to finish it off successfully. Gold for the Ukraine.

In today’s medal tally Armenia is obviously leading because of the two medals for the Harutunyan brothers. Russia follows with four medals and gold for Demintseva.
Turkey and Ukraine both win one gold medal while France lost two finals and won two silver and two bronze medals, comparable situation to last year in Samokov where France won two silver and one bronze on the first day.