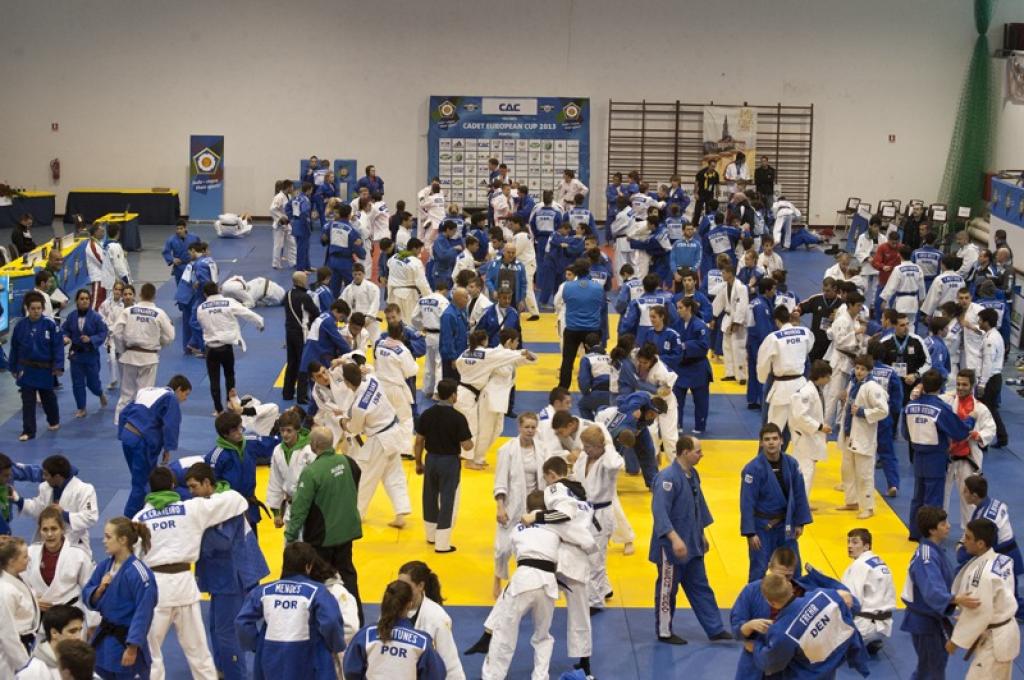 This year’s Cadet European Cup was so far the strongest tournament of this age category organised in Portugal. The numbers speak for themselves: in total there are 354 athletes fighting this weekend, comparing to 197 from last year. The Miranda do Corvo Sports Hall was filled to the capacity with spectators, who had a chance to witness some great judo from our young competitors.

The first day of the tournament was dominated by the Italians, who claimed in total 6 medals and took over the podium of -50kg category. A -66kg competitor Francesco Zanasi got injured just before the final and let Luka Harpf from Slovenia take the gold of that category.

What is also worth mentioning is the presence of special guests who observed today’s fights and awarded the winners;  Mrs. Rosa Mota, one of Portuguese foremost athletes, Olympic Gold Medalist in Marathon in Seoul 1988 and Vice-President of the Olympic Committee of Portugal. João Pina, consecutive European Champion in the U73 kg category at the 2010 and 2011 European Judo Championships and José Manuel Costa e Oliveira, the new President of Portuguese Judo Federation.