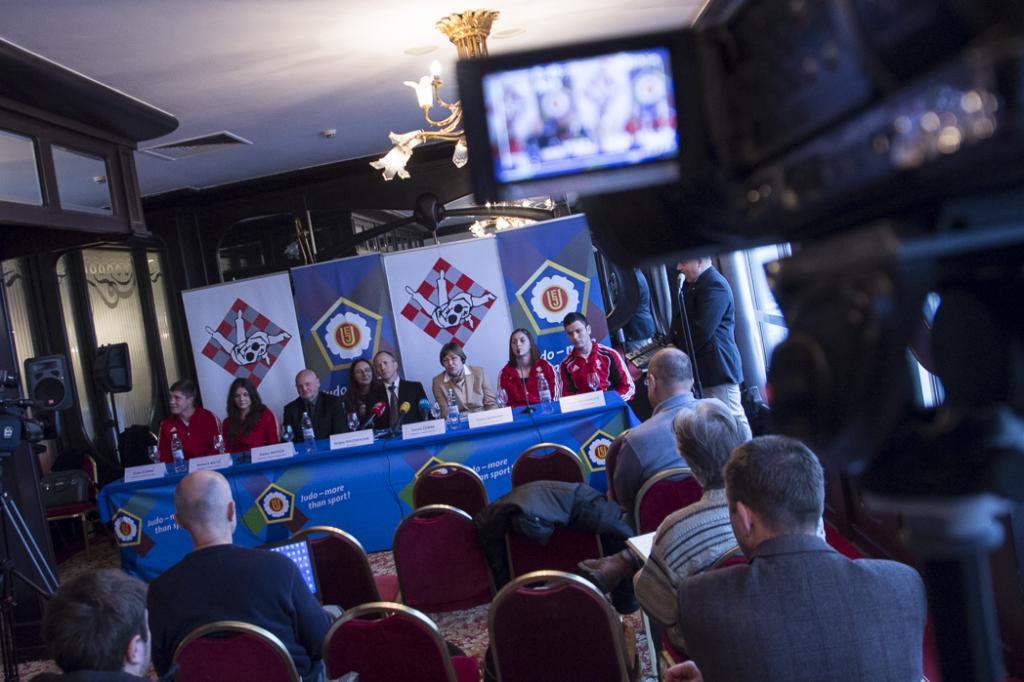 1964 in Tokyo saw judo take its place in the Olympic program for the first time.
That was 50 years ago. Now the European Judo Union is celebrating that historic anniversary.
And to celebrate this event the EJU combined it with the 66th EJU ordinary congress which will take place on Saturday. Members of the 50 national judo federations meet in the capital of Croatia. The highlight of the 50th anniversary of Olympic sport will be the Gala Event in the evening at the same day. For the President of the European Judo Union, Sergey Soloveychik, the anniversary couldn’t be on a better place like this. “The Croatian Judo Federation is one of the very best developed and very promising judo federations. They have really good results, not only in the organisation of events, but also their athletes have shown good results, not only at the European level, but also at world and Olympic level.” He added: “Of course 50 years of Olympic judo is a very important anniversary. The progress of judo is huge in the past 50 years. And it is also important that we are able to celebrate this anniversary in such a well developed federation like Croatia.”
Croatia is one of the smaller federations in the European Judo Union. In the past they have played host to several EJU-events such as the European Championships for U20, U23 and Veterans (2005, 2008, 2010, 2012) and even IJF Grand Prix (2013: Rijeka, 2014: Zagreb). They also support the education program as they staged the first Kodokan Kata Seminar. The President of the Croatian Judo Federation, Sanda Corak, is proud to host such big events in Zagreb as EJU Congress and 50th anniversary of Judo at the Olympics. “Since 2005 CJF organized JF Grand Prix, European Championships U23, U21, U20, European Cup for Cadets. That helped us to that even judo is not so popular in Croatia to be competitive with other sports. As federation our goal is to provide the best conditions for our competitors and we are very grateful to our NOC to give opportunity our athletes from cadets to be the part of Olympic program. Also we would like to thank a lot EJU president, which whenever is needed for us he is here, in any way, which means lot for us. Our idea is to enable every child do the judo even that is kindergarten or university.” Sergey Soloveychik knows: “We have big federations like Russia or France which have big heroes. But we wanted to show that also small countries have heroes like it is the case here in Croatia. For that reason the EJU likes to support the Croatian judo Federation which hospitality is incredible.”

Croatia has never won a medal at the Olympic Games. That could be about to change. Tomislav Marijanovic, silver medallist at the European Championships in Budapest last year said: “I think that federation did good move to give more attention to younger generations so they could experience high level competitions as much as possible, which hopefully can help them in Rio at the Olympic Games to be better. There are five/six athletes which will try to catch Rio, I hope so that we well succeed to do it physically but also financially.” The Olympics is also the aim of the Junior World Champion, Barbara Matic: “I’m training judo 14-years already, if you want something you need to work really hard for it.” And Ivana Maranic, seventh at the European Championships in Montpellier and third at the U23 European Championships last year completed: “As for every athlete Olympics are the biggest goal, and we all work on it. It’s still long way until Rio, this was good season, but I hope so that the next one will be even better and that I will succeed to win medal at Europeans. It doesn’t matter from which city I come, Olympics as itself are already big success for everybody.” The President of the National Olympic Committee, Zlatko Matesa said: “They made a big step at international scene. For long time we didn’t have federation, sport, that made so big impact in so little time like we have now in judo and the thing that we would like to believe and to happen is that all this results be proved through Olympic medals, as sooner as possible, even already in Rio.”