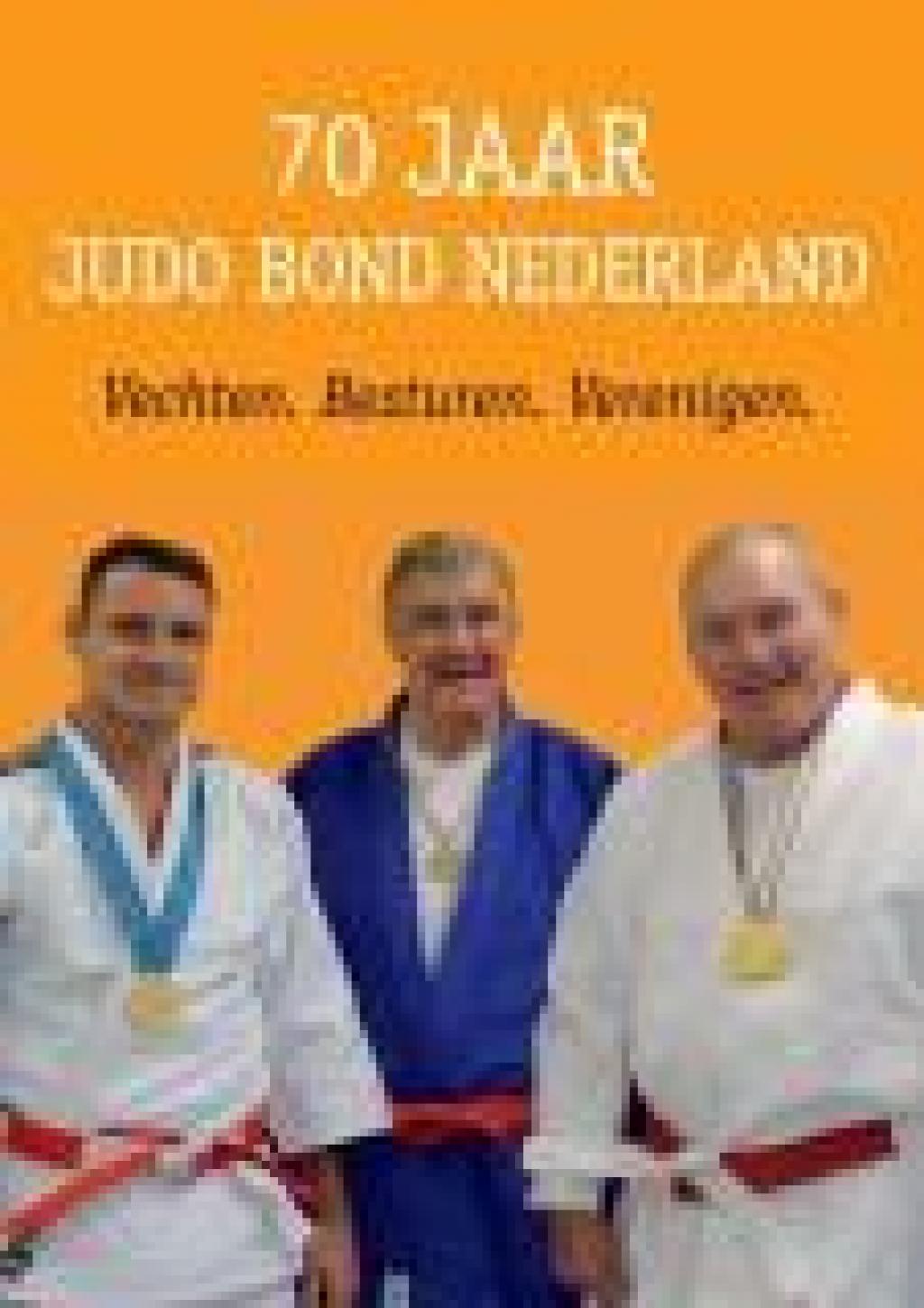 Anton Geesink, Willem Ruska and Mark Huizinga this afternoon received the first copies of the anniversary of 70 YEARS Dutch Judo Federation. This happened during the New Year reception of the Dutch federation. Along with League President Jos Hell the three Olympic heroes revealed the cover showing a picture of them in judogi. Geesink, Ruska and Huizinga recently came together for this purpose.

For several years, the working group established by the federal administration, studied the history of Dutch Judo. The recent period has been finalized with a description of the rich history in an official JBN jubilee. This unique, one-off edition includes interviews with prominent members who have have shaped the organization, such as Jaap Nauwelaerts the D’Age, the daughter of Maurice van Nieuwenhuizen, Anton Geesink, Jan Snijders, Jaap Methorst, late Wim Boersma, Cor van der Geest, Chris de Korte and many other prominent figures.

It’s a unique happening that Geesink (Olympic Champion of 1964) and Ruska (double Olympic Champion of 1972) joined together. Both Olympic heroes never had a good relationship. Although Geesink almost retired in the beginning of Ruska’s international career both fighters still had to deal with eachother when Geesink was in the same team, first as athlete, later as a coach.
This anniversary shows that both judo heroes are willing to overcome barriers and to enjoy the rich Dutch history which they influenced tremendously with their Olympic titles. Mark Huizinga was the successor of Geesink and Ruska as third male Olympic Champion in 2000.