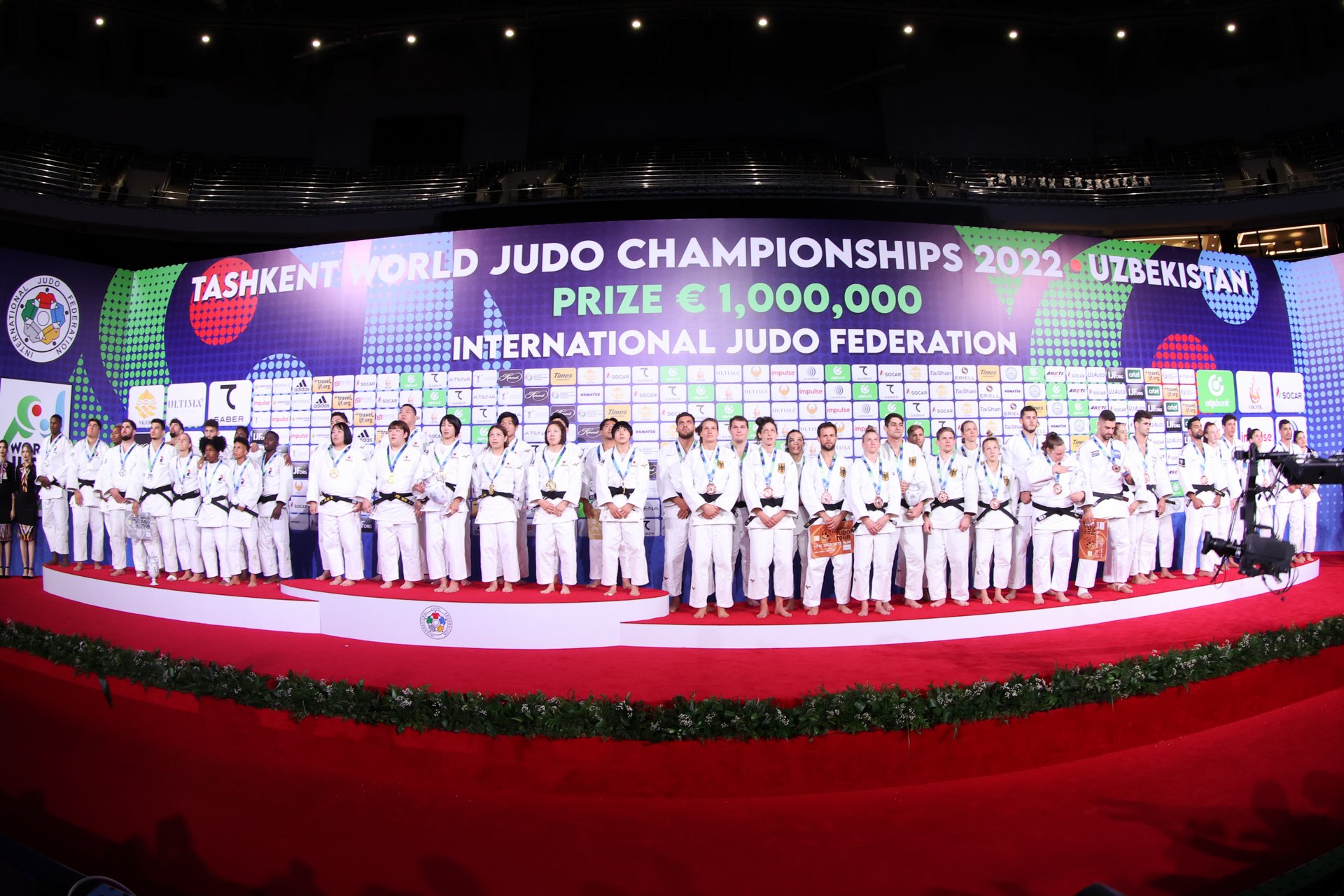 In the final block of the world championships mixed team event, Germany were up to take on the People’s Republic of China for the first of the bronze medals.

They were off to a strong start with a win from the Olympic -90kg silver medallist, Eduard TRIPPEL. The success continued with Johannes FREY in ne waza and Pauline STARKE brought her team the third win with a huge ura nage, leaving Igor WANDTKE with a deciding point. With less than 30 seconds left on the clock, both Wandtke and QING Daga had two shidos but the German secured a waza ari score to take his team on to the podium.

Europe were guaranteed another bronze but in the next head to head was Israel and the Netherlands. Going in to the +100kg, the teams were 1:1, then Michael KORREL (NED) and Peter PALTCHIK (ISR) had quite the battle, going the full four minutes and both picking up two shidos. In the end it was the -100kg world bronze medallist Korrel that took the win in golden score with ashi guruma.

After a heart wrenching semi final loss, Timna NELSON LEVY (ISR) simply couldn’t lose again and levelled the playing field. After going one for one, Ido LEVIN kept the momentum going for Israel, needing only one more win for the bronze, leaving it up to Maya GOSHEN who managed to take them to a 4-2 win and a medal for her team.

Finally we saw the world and Olympic mixed team finalists, Japan and France come together to decide who would be leaving with the 2022 title. The teams took turns adding points to their collections, with the French women; Romane DICKO and Sarah Leonie CYSIQUE taking the first two.

With the Japanese men snatching their three wins, it was up to Marie Eve GAHIE to keep her team in the race and still in with a chance for gold. Unfortunately it turned to heartbreak for the French but still it was a fairytale story given their individual performances and their unique ability to rally together as a team and defy the odds.

The +78kg world champion, Romane DICKO was hoping to take home a second medal to France and was happy they were able to do it.

I am so happy, we didn’t have the best week as individuals but I am happy that we can take home the silver medal today. Even though it wasn’t our best week, I think our team is very unique when we come together and this is why we are so strong, we are all very close and good friends and even when it isn’t going well in the fight we stay strong and always support one another and today it took us in to the final and so I can say we are still here.

Although there is a slightly different order on this occasion, we look to the podium to see all of the Olympic medallists stand as their flags are raised again.