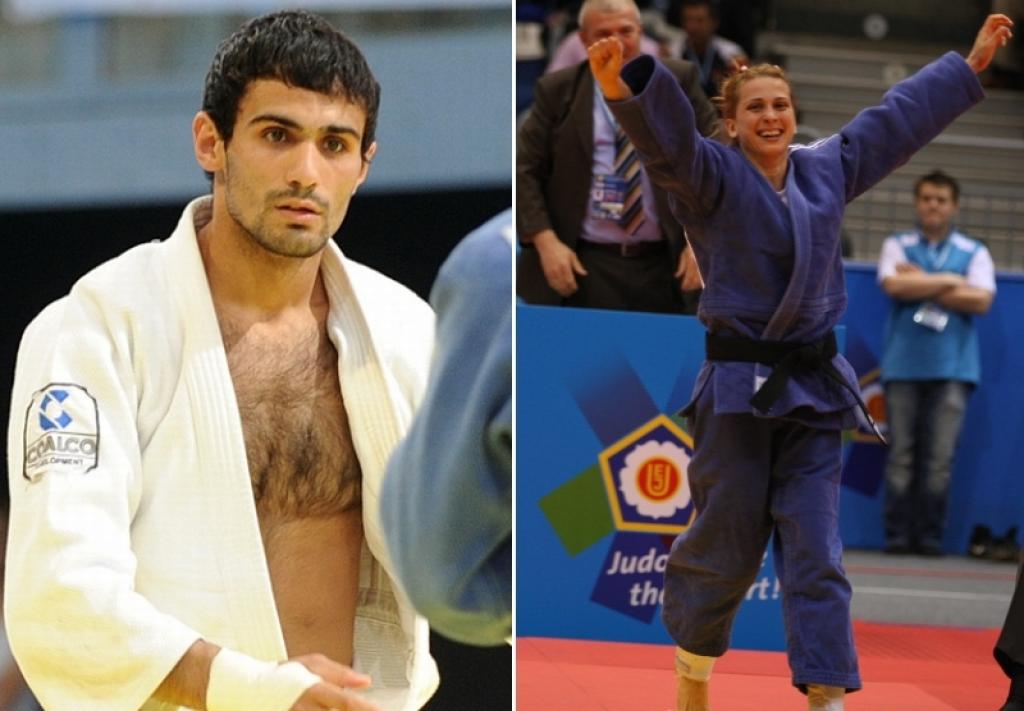 Maybe not the most European category but the European lightweight men do have a golden chance. Ukrainian Georgii Zantaraia is the highest ranked European in the Olympic Qualification Ranking. He defeated second ranked Hiroaka twice in this Olympic cycle and can surprise with his massive offensive and attractive style.
Who can beat Sobirov, the best in the world? Well, some Europeans can: Arsen Galstyan (RUS) defeated him Sobirov already and is in good shape. Ilgar Mushkiyev (AZE) and Sofiane Milous (FRA) are also ranked in the top 8 and are definitely outsiders, or even more. Milous is coupled to Hiraoka and may meet in the quarter final. Let’s support the European fighters! We have more outsiders in Shukvani, Mooren, Verde, Paischer and maybe McKenzie with the support of you in London’s ExCel.

The women’s U48kg is dominated by the Japanese, but this time just one: Tomoko Fukumi, who easily won the 2009 World title in Rotterdam, seemed to be unbeatable, but slowly Haruna Asami (World Champion in 2010 and 2011) took the leadership over her teammate but she is injured. Chances for the European Champion Alina Dumitru, the current Olympic Champion. She couldn’t beat Ryoko Tani, but she did. In this super class anything is possible.
Ask Charline Van Snick who defeated Dumitru several times and is Belgium’s hope for a medal. Van Snick is close, very close to compete with the best, but didn’t defeat Fukumi yet. Nobody in Europe did but it doesn’t say anything about European chances. Eva Csernoviczki (HUN) took bronze at the Europeans and could make it unpleasant to some favourites. But unfortunately she will be seated in the same poule as Van Snick. Dumitru could face Munkhbat in the quarter final. Payet, Blanco, Moretti, Ente, Kearney, Edwards, all going for gold, but at least Olympic fame.