Olympic Preview Day2: It's going to be beautiful 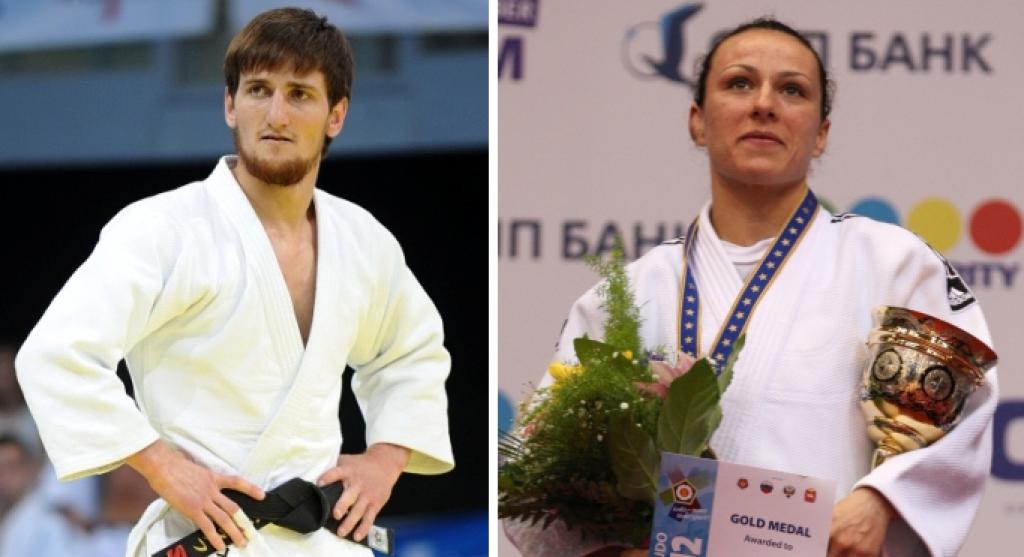 At day two of the Olympic Games judo tournament, Europe has a big chance for a gold medal. The man is Musa Mogushkov who has been leading the World Ranking for a long time and together with his compatriot Alim Gadanov was dominant in this Olympic qualification. Ezio Gamba and coach Vitaly Makarov had a luxurious position chosing from these two medal candidates, but gave their preference in an early stage to Mogushkov. Gadanov was chosen for the European Champions 2012, also a long time ago. The choice was to go for Mogushkov and give him the best facilities and path for the Games. Now it’s his turn.

He will face severe competition from Tsagaanbaatar Khashbaatar (MGL) but beat the former World Champion twice in the qualies. Mogushkov also lost against Masashi Ebinuma (JPN), Leandro Cunha (BRA) and Rok Draksic (SLO) but has by far the best qualification track record. Speaking about the Slovenian we have named the second European candidate for a medal in London. Draksic developes well and step by step he grew to world level. He won a European bronze medal in Chelyabinsk in 2012 and won the Grand Prix of Amsterdam last year as well as a fifth place at World level. Nonetheless kept on developing so with a fifth place, his performance curve won’t stop.

Although the class is quite Asian oriented, Europe has two other fighters who could surprise and who and seeded at the first eight of the Olympic participants. Sugoi Uriarte from Spain, who is in an part of the sheet with his nemesis Musa Mogushkov. Mogushkov beat him five times in this qualification period, but is able to break people. He defeated guys like Cho (KOR), Cunha (BRA), Ungvari (HUN). Nazaryan (ARM) and David Larose (FRA), all strong outsiders. With his experience he could go for a medal. David Larose is the third highest seeded European at the Olympics. Most likely he will be at the same side with Khashbaatar Tsagaanbaatar as number seven of the participants. Other possible quarter finals could be the mentioned Europeans Mogushkov and Uriarte, Draksic and Cunha and Ebinuma vs. Cho. In between anything can happen with the experienced Miki Ungvari (HUN), the good performing Golan Pollack (ISR) and European medallist Lasha Shavdatuashvili (GEO).

The fox Nazaryan, Zagrodnik, Oates, Karimov all won medals this year and maybe they can make their highlight in London as well. Europe definitely has a golden chance with Mogushkov and perhaps even Draksic.

women’s U52kg
In the women’s division at the second day of London’s Olympic judo tournament Asia is most favoured to win a gold medal. Europe though brings in the best fighters and is with four fighters still the most dominant among the seeded judoka. Based on their ranking in the participantslist number one is Mongolia’s outperformer Bundmaa Munkhbaatar and kept away of the world’s number two Misato Nakamura, the double world champion of 2009 and 2011. In Beijing she won Olympic bronze, now she is determined to bring gold to Tokyo. However the same determination is applicable for the Europeans. Majlinda Kelmendi is the proud Kosovarian who’s made such a big progression. The 21-year old judoka will fight for Albania as usual in Europe, not under the flag of the IJF who supported her road to London so much. If she has enough experience to beat the best at the right timing is the question. Europe has aother candidates for a medal in Russia’s Natalia Kuzyutina. The Russian doesn’t seemed to be so dominant anymore as before with new talents coming up, but Kuzyutina is despite her experience still young, aged 23, and able to beat the best. She proved already beating Munkhbaatar twice, she beat Miranda (BRA), and doesn’t seemed to have troubles with the Asians as well. Good to know she is paired to Brazil’s Miranda.
Priscilla Gneto is an outsider. She’s won Grand Prix’s in Qingdao and Baku, but since then the competition had her in their list as well. Good performance with silver at the Grand Slam of Tokyo. In 2012 she didn’t compete at major events, so she is a mysterious candidate and was one of the few to beat Nakamura.
Spanish Ana Carrascosa has been of world level for ten years. In 2008 she came to Beijing as European champion but it didn’t result in a medal, now she is more experienced, kept her fighting spirit and it may be her last chance for Olympic fame, and she knows. In Paris at the World Championships she showed that she is still among the world best and defeated most of the favourites in this field. She may be able to beat Munkhbaatar again is she survives her first rounds.
Other Europeans who are not seeded but should not be forgotten of an Olympic medal are Ilse Heylen (BEL) who’s is smart enough to save the best for last. She already won Olympic bronze in Athens. Andreea Chitu is this year’s best European judoka and won world bronze in 2011. She may be Europe’s best candidate at this moment for a medal.
British Sophie Cox is at home an outsider and if we support her well, she may bring in her experience and fighting spirit to make this Olympic dream come true, for now a fairytale, but maybe not at 29 July.
With Rosalba Forciniti (ITA), the smart fighter Romy Tarangul, Joana Ramos (POR), Marie Muller (LUX) and Jaana Sundberg (FIN) The European beauties are acutally killers. Europe has diamonds who can suffer the rest. It’s gonna be thrilling. Follow this category!