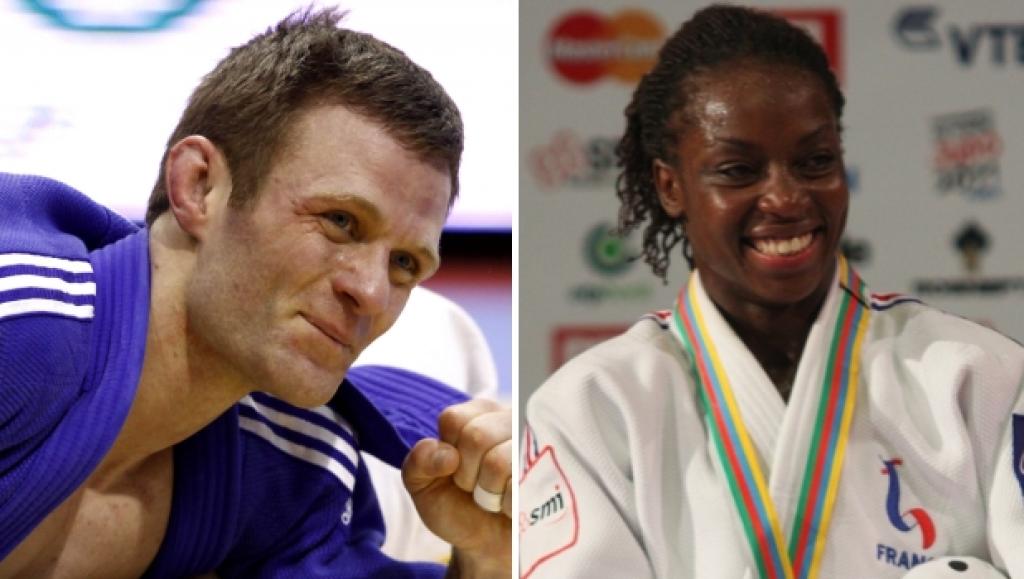 What a day at 31 July when Ole Bischof will defend his Olympic title. He is one of the eight reigning 2008 Olympic champions who will compete in London. Bischof who’s grown to a personality in Germany will be getting a hard time as he will face many rivals who want to take over from him. Most likely candidate is Korea’s Kim Jae-Bum, Ole’s opponent at the Olympic final in 2008 in Beijing. Since then Kim took over control and dominates this category taking bronze at the Worlds in 2009, gold in 2010 and prolonged his world title last year in Paris. Kim is the man to catch, although he is not the world’s number one. Brazilian Leandro Guilheiro is ranked first and a constant judoka for each podium. His stable performance over years gave him this first rank. In the Olympic qualification events he won more matches than anyone else. However against Kim he lost three times since 2009.

The European challengers for gold are Bischof, Nifontov, the 2009 World Champion and perhaps Elnur Mammadli, Azerbaijan’s pride and current Olympic Champion U73kg. He won the important IJF Masters in Almaty this year and is able to stunt again. He won the European title in 2011 and will mingle among the favourites. He is in one poule with Ivan Nifontov, the Russian. The 2009 World Champion hasn’t developed impressively since his world title but is for Russia the best aim for gold. At world level he proved to be among the top judoka and is still the most talented. His last victory though lasts from 2010 at the Grand Slam in Moscow, the rest is mainly coloured bronze.

Although is not among the top 8 ranked judoka, Srdan Mrvaljevic is the world’s number two. The man representing Montenegro is able to beat the best but hasn’t shown himself much in 2012. The world’s number three Sergiu Toma (MDA) also has a realistic chance for a medal. Won bronze at the Tournoi de Paris and defeated Mrvaljevic at the Masters.
French Alain Schmitt may be a dark horse but developed late and well timed and already defeated a few hot shots.

Other outsiders can be Euan Burton (GBR) ofcourse, playing at home and very experienced to take medals when it has to be done. He is the last in this Olympic field who defeated Kim, in 2009. Guillaume Elmont (NED) was World Champion in 2005, can beat the best but suffers many injuries but getting in shape now. Maybe his brother’s performance one day earlier can inspire him for an outperformance. Italian Antonio Ciano can surprise and defeated Guilheiro and Nakai (JPN) another favourite. Outside Europe Nakai (JPN) and Travis Stevens (USA) are also challengers for a medal.

In between anything can happen with 16 Europeans where the differences are very small in this highly competitive field. At Tuesday 30 July we will know.

Women U63kg
The current World Champion is from Europe. Her name: Gevrise Emane from France. She is the undisputed favourite to meet the strong Japanese Yoshie Ueno. Eleven strong European women will try to challenge the danger from the East. Ueno is the double World Champion but she lost against Emane in the 2011 final. Ueno is paired in the same poule with Young from Korea. Chinese Xu in the same area with Elisabeth Willeboordse, the experienced Dutch who won the European title in 2010 and world silver in 2009. She won 24 matches in the qualifiers, just 2 less than Ueno and two more than Urska Zolnir (SLO) who she beat four times since 2008 where she won Olympic bronze.

Zolnir is however one of the best European candidates. She won Olympic bronze in 2004 and world bronze last year in Paris. Someone who can win the Grand Slams is for sure a challenger for gold and one of the three serious medal candidates for a medal for Slovenia with just 2 million people.

Alice Schlesinger from Israel won the Israelian battle for qualification against Gerbi but both would have gone for a medal. Schlesinger won a few important bronze medals at World and European level. Schlesinger is linked to Zolnir if both make it until the quarter final.

Although not seeded German’s Claudia Malzahn is able to beat all previous candidates. Eleven Europeans in this category and Gemma Howell is worth while naming. The British is young, talented and developed extremely well. She won the last four international tournaments in a row. Although not comparable to Olympic level, she definitely has the Olympic flow!

Support your athletes at 31 July in the ExCel.