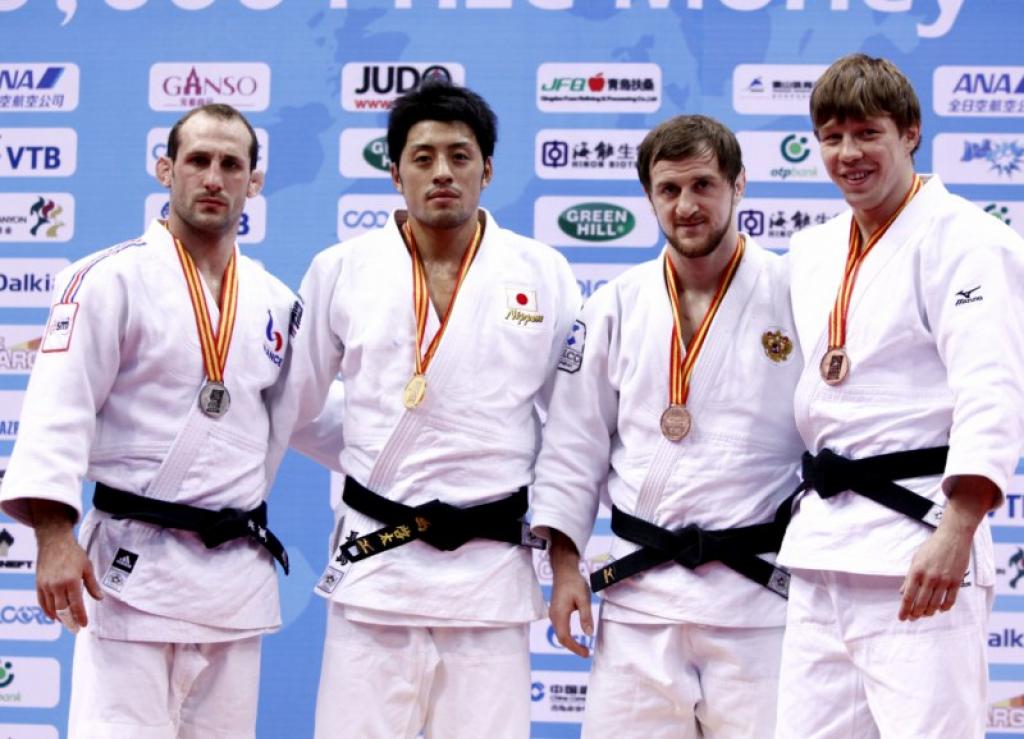 French Alain Schmitt won a silver medal in his category U81kg at the Grand Prix of Qingdao and is developing very strong. One month ago he won the GP of Amsterdam. He lost his last contest against Keita Nagashima (JPN) who won bronze last week at the Grand Slam in Tokyo.
Schmitt was also valuable at the European Club Championships in Antalya in October and won essential medals for qualification in Paris, Budapest (also silver) and Warsaw earlier this year. He now made a serious gap with Alex Clerget his competitor for qualification.
Sirazhudin Magomedov and Ivan Nifontov seemed to reach the finals today. Both Russian fighters fight for a high position at the World Ranking. Both are in the qualification zone and want to make a difference for qualification. However both fighters lost their semi finals and both picked up a bronze medal. Nifontov is the 2009 World Champion, Magomedov the 2010 European Champion. It’s the third bronze medal by Magomedov this year in the World Judo Tour. Same number of medals for Nifontov who also won silver in Rio. Last year Magomedov won the event in Qingdao, so the 200 points will be reduced to 100 after this weekend.

In the men’s U73kg Korean Wang Ki-Chun proved to be back. The former World and Olympic Champion defeated Takenori Nakamura (JPN) in the final. Bronze for Sainjargal (MGL) and Michael Eldred of the USA, so no medals for Europe. All four quarter finals were lost.

Bronze for Erica Barbieri (ITA) in the women U70kg division. Barbieri lost the semi final to Kim Seongyeon who won a silver medal behind Chen Fei (CHN). Europeans Blanco (ESP), Polling (NED) and Marzok (GER) finished fifth.
In the women’s U63kg category Lili Xu defeated both Munkhzaya Tsedevsuren in the final as Anicka van Emden in the semi final. The Dutch is in a serious battle with Elisabeth Willeboordse who won bronze last week in Tokyo and who finished fifth today. Van Emden won the GP in Amsterdam and is still leading in the ranking. Willeboordse however has an impressive experience at European, World and Olympic events.
A comparable situation in Israel in the same category where Alice Schlesinger won a bronze medal today and Yarden Gerbi stranded in the first round. Schlesinger is ranked fifth at a clean ranking, Gerbi is also in the top 10.