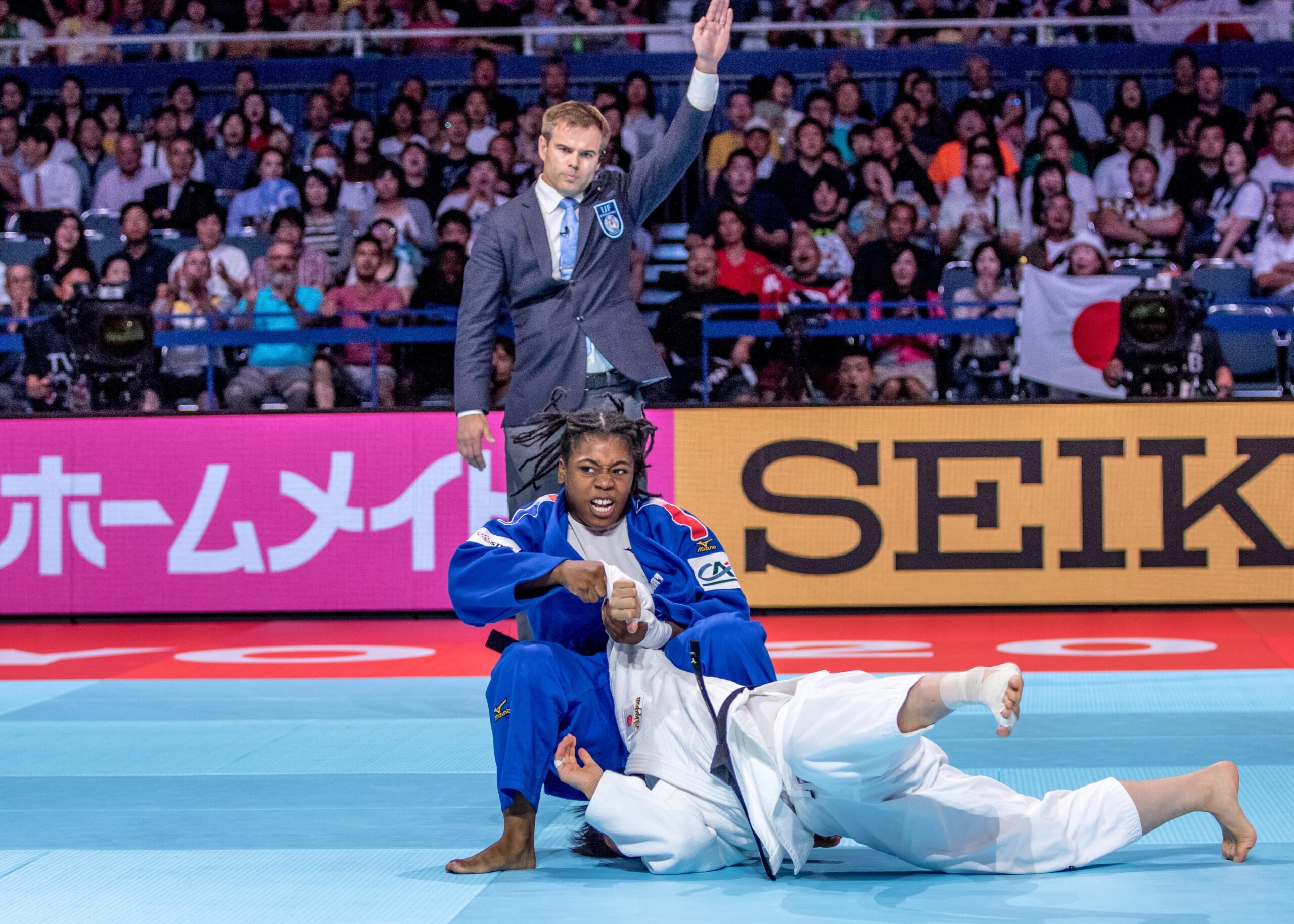 With just under two weeks to go to the Tokyo Olympic Games, we will welcome not only our potential European medallists but a selection of the highest ranked referees in the world, with a great group from our continent. Let us introduce Veli-Matti Karinkanta of Finland.

In 1983 at the age of 11, he began his journey on the tatami in a small judo club named Raahen Judo in the northern part of the country. Of course it wasn’t until later on, in the mid-90s when he started thinking about the refereeing possibilities. He was still competing on a national level but was already looking to the future and exploring ways to stay involved in the sport.

When I got injured, I decided to take advantage of the recovery time and I went to the refereeing course. The teacher of the course was continental referee Matti Tieksola. He saw something in me and invited me to the competitions as a referee. On those referee journeys, especially when we travelled by the same car we used to talk much about judo and refereeing, and so on. 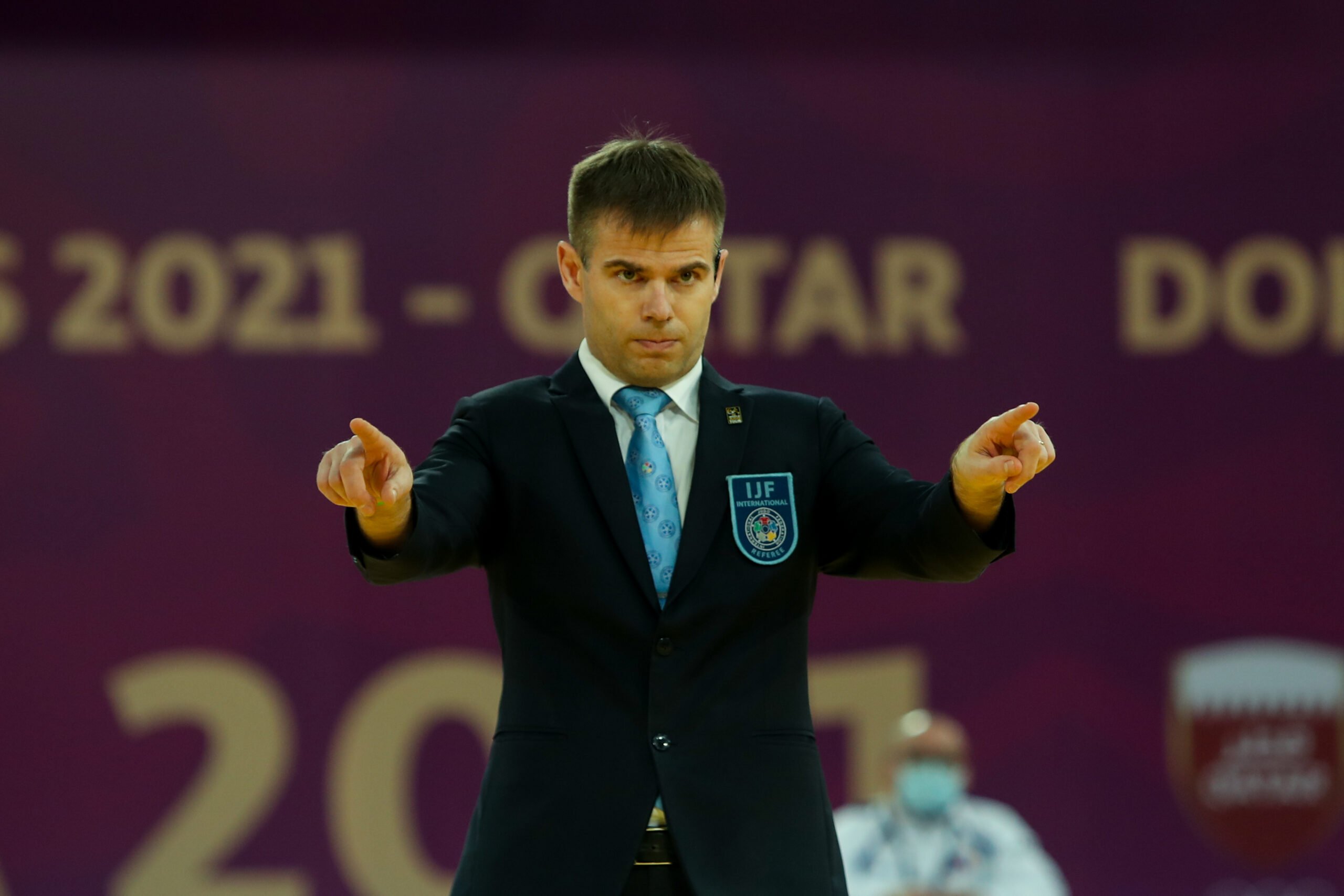 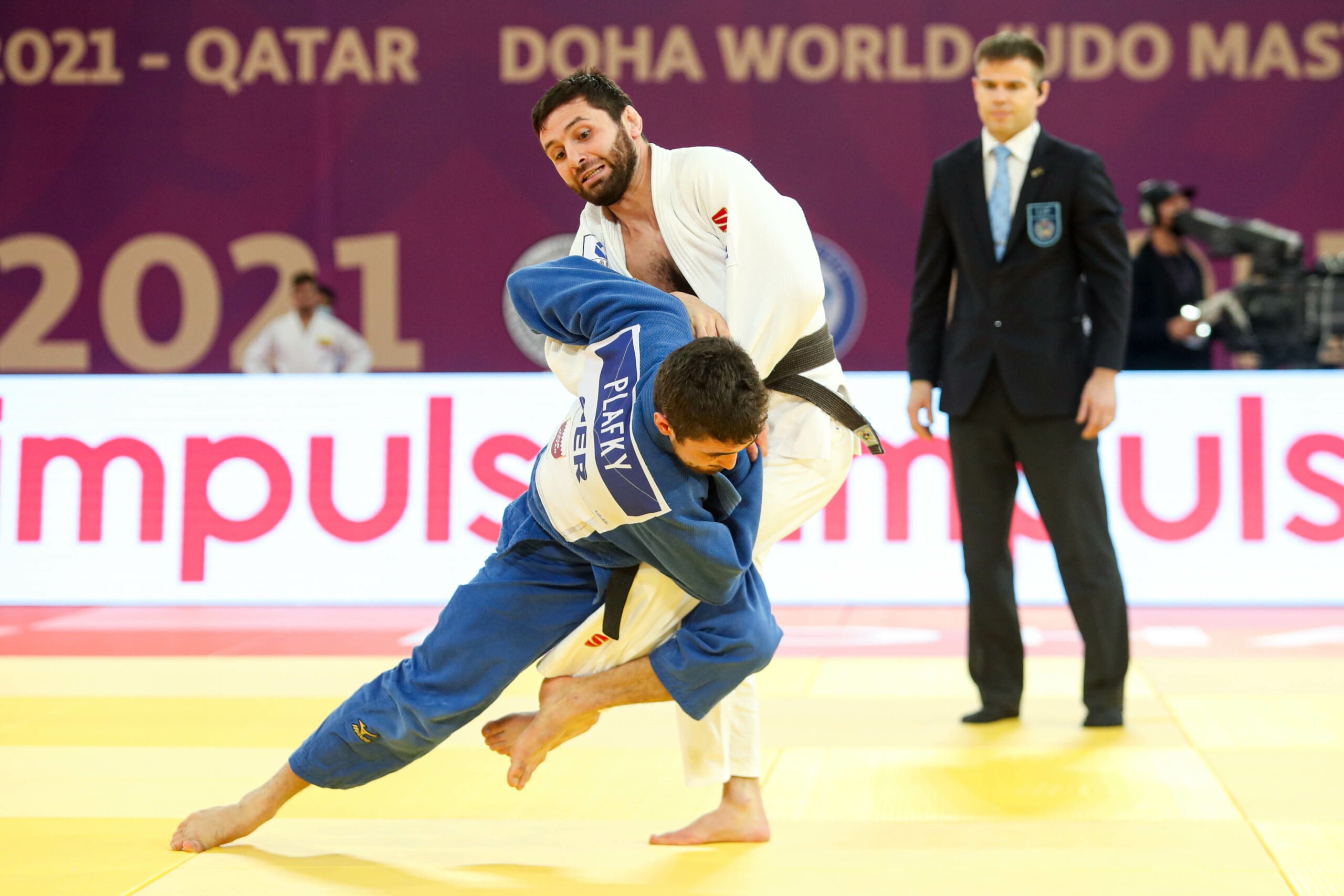 In one of the journeys he said to me that in his opinion my participation as a competitor in the Olympics would be very, very hard, probably impossible, but as a referee he sees potential in me, and thus participation as a referee in Olympics would be possible someday. So, step by step I competed less and refereed more. Refereeing felt natural to me already from the beginning and I got good feedback. So my feeling that this could be a nice way to participate in judo after a competitor’s career was strengthened.

It was a natural transition with a background in competitive judo, the only issues he faced was his acceptance of an imperfect performance.

Lately, I worked a lot with acceptance of mistakes. Since I am a perfectionist, it was hard to accept anything other than a totally perfect performance and the totally perfect refereeing. However, with hundreds of decisions made by the refereeing day perfection is not so easy, eventually it might be even impossible. So I had difficulties learning how to be tolerant for a ”normal” performance as a referee.

Despite dealing with these feelings, Veli-Matti has an extensive bank of fantastic memories, both within the EJU and IJF. In particular in 2013 during the Cadet European Championships, Tallinn, where a world-class referee, Henk Plugge, was present to share his experience and offer his advice.

My self-confidence was high and it was easy to referee. He [Plugge] was also spreading good spirit to everybody. I also got first best evaluation (A) in my career from that competition.

As for his experience with the IJF,

The most memorable competition in IJF level was my first ever IJF Judo World Tour event in summer of 2015 in Mongolia Ulan Bataar. I was very excited about everything: travelling, competition and generally taking part in this level of judo event. But the hospitality of the Mongolian organizers were overwhelming and the referee colleagues took me immediately inside the group – so I felt myself welcomed and relaxed immediately. In this competition I also had the privilege to referee the final of M-60 Mongolia- Japan fight, which ended up with a nice Ashi-Barai Ippon of the Mongolian player. Since I felt that I managed quite well in this tournament, I believed that I am able to referee also in other IJF Judo World Tournaments. After that tournament I have been invited to IJF Judo World Tour events regularly.

It isn’t surprising that all of his world championship events have been memorable, but Tokyo was particularly special given that it was in the same location as the future Olympic Games. He struggled with confidence in this event but was able to repair it and was the referee of the men’s -73kg final between Rustam ORUJOV (AZE) and ONO Shohei (JPN) as well as in the team event between France and Japan.

Asking who has influenced him during his career, he struggled to name only one. In the beginning was Matti Tieksola as well as his national refereeing colleagues.

Our IJF A referee Kari Neuvonen has been one important referee to follow. I thought, if the Finnish referee is able to participate three times in the World Championships, why wouldn’t I be able to do the same, or even higher? So he has been a perfect role model for me in this way.

When he achieved his continental and international referee licence he was impressed by the refereeing of Manuel Cortes. He felt his style was relaxed and a nice demeanour when communicating with athletes and others. The final person was Henk Plugge, he appreciated his attention to individuals and his positivity.

I have had the privilege to deal with these people and they have been role models to me in some phases of my career. Later on, my colleagues on the IJF World Judo Tour and EJU tournaments have also supported and helped me to improve my level of refereeing, and became important people also outside the tatami.

The Finnish referee has worked incredibly hard which resulted in a high ranking position and his position in the Olympic Games, he feels that his accomplishment is a message to all that no matter who you are or where you’re from, you can be successful.

It is possible for everybody, despite nationality, to be in a group of top referees, and maybe referee in an Olympic Games some day. Moreover, the place in the IJF top 5 is for me a consequence of the long lasting hard work, dedication, passion, willingness to learn and adapt, and the result of hundreds of competitions refereed, as well as from a learning process from thousands of different situations occurred in fights. For me, the most important goal is to referee better and better, competition by competition, and offer fair judgement to every competitor. When I feel that I have succeeded in these, I feel happy and satisfied, and that’s the best prize for me – not the ranking.

We wish Veli-Matti the very best of luck and are fortunate to have such a referee representing our continent.