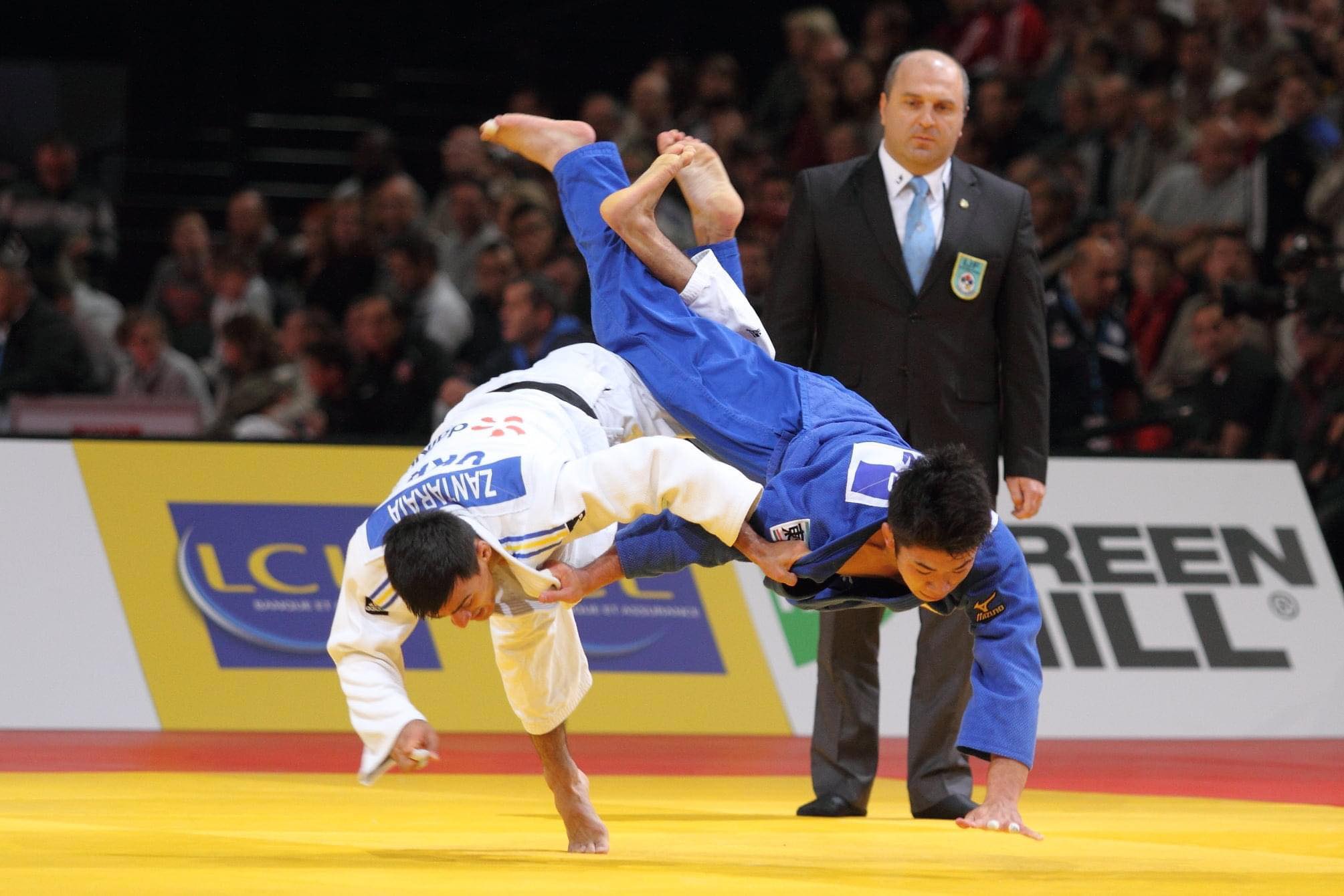 As we approach the Olympic Games we will take a look at some of our highest ranked referees who will be representing us, a few of them not their first time at such level.

Next up in the series is Georgian representative, Vladimer Nutsubidze.

It would have been hard to imagine Vladimer would end up anywhere but sport, his father a government sports worker always striving to involve his son in sports and athletics. From the age of 6, he was involved in gymnastics, swimming and tennis, the latter introduced him to judo in a round about way.

I took part in a competition where a player who appeared to be two years older than me won with the score of 6:0 6:0. Right after the game, I met my father’s friends who were attending the competition to support me, and I was so embarrassed by the feeling of a loss that I went over to my contestant and knocked him on the ground – the following day, all of my sports activities were replaced by judo.

With age and education came the control and respect for his opponents in his new found sport and he developed in to a successful youth, never without a medal in local competitions and some USSR tournaments, however competing in an U17 tournament in Tbilisi he was injured and required a cane for two years. Not for a lack of trying, he was unable to return to the competitive  judo world, then came refereeing.

My incorporation to refereeing was effected by virtue of the first generation famous judoka, Olympic referee Anzor Kibrotsashvili, who did his best so that I could start refereeing. At that time, it was quite a dangerous decision to make as the crime rate in Georgia was extremely high, and people would also engage in wrangles by using a gun.

Fortunately things have changed since his early days of becoming a referee as have other areas.

Of the International Refereeing challenges, I would share that there was a period when referees had different interpretations and views regarding the rules that varied from continent to continent, resulting in difficult communication. I am happy to say that this issue has been resolved, and nowadays, the referee family represents the united team.

Vladimer has an incredible career in refereeing so asking which of his contests was most memorable, he couldn’t possibly pick only one.

I would highlight three remarkable fights: the 2014 World Championships, the +100kg final between Teddy Riner and Ryu Shichinohe, where I appeared in the best visible position and managed to judge without a single mistake. As it turned out later, this round was a subject of extensive discussions. Secondly the women’s -57kg final in 2017, a fight between Japanese Yoshida Tsukasa and Mongolian Dorjsuren Sumiya that lasted for a record period of 13 minutes and sent a world title to Mongolia. It was finished with a koshi guruma technique, and the audience gave a standing ovation. Lastly the the -78kg final in the 2020 Dusseldorf Grand Slam between Hamada Shori (JPN) and Mayra Aguiar (BRA), the contest lasted two minutes and the first exchange transitioned to ne waza where they stayed till it finished in osaekomi.

As many know, there are those with Georgian heritage competing for different countries and Vladimer notes how interesting this is,

I often have fights where one of the contestants is ethnically Georgian but performs under a different country’s name. I have even had a round where both of the judokas were Georgian. There also are some Georgian coaches represented in the high-end tournaments. I can also recall a competition where all the five “persons” were Georgians by origin (Turkey and Greece).

Throughout his life, he worked in various leading positions in the governmental chain of sports. However, from the moment he joined the referee team of the Olympic Games, he made a choice, and it was in favour of judo refereeing.

Being in the top leaders of Referee Ranking is undoubtedly a massive honour for me; however, the fact that we, alongside the referee directors, reached an advanced level of refereeing, and the number difference between leaders and second part of the group are apart by several tenths, clearly represents how far we have come. As previous Olympic cycle referee captain Andreas Hempel said, it’s not the rating score that matters but an email calling for the next tournament, especially the Olympic nomination.

The Olympic Games are a matter of weeks away, in the home of judo, Japan. We found out what Vladimer’s final feelings are before the big event,

It feels entirely different to be in Japan. While being in the country, I have a sensation that every single person starting from the airport staff, ending with a regular pedestrian in the city, is either former or a current judoka. And the hall is so full of judo spirit. Crowded tribunes are eager to support the best performer no matter the nationality, and the technology is so evolved that a 12D monitor that replays the moves makes it nearly impossible for a mistake to slip.

In just over two weeks, Valdimer will be standing on the tatami in Tokyo, ready to judge the most talented athletes on the IJF circuit. We wish him the best of luck.