ON AND OFF THE MAT BALAMPANASVILI KNOWS GOOD JUDO 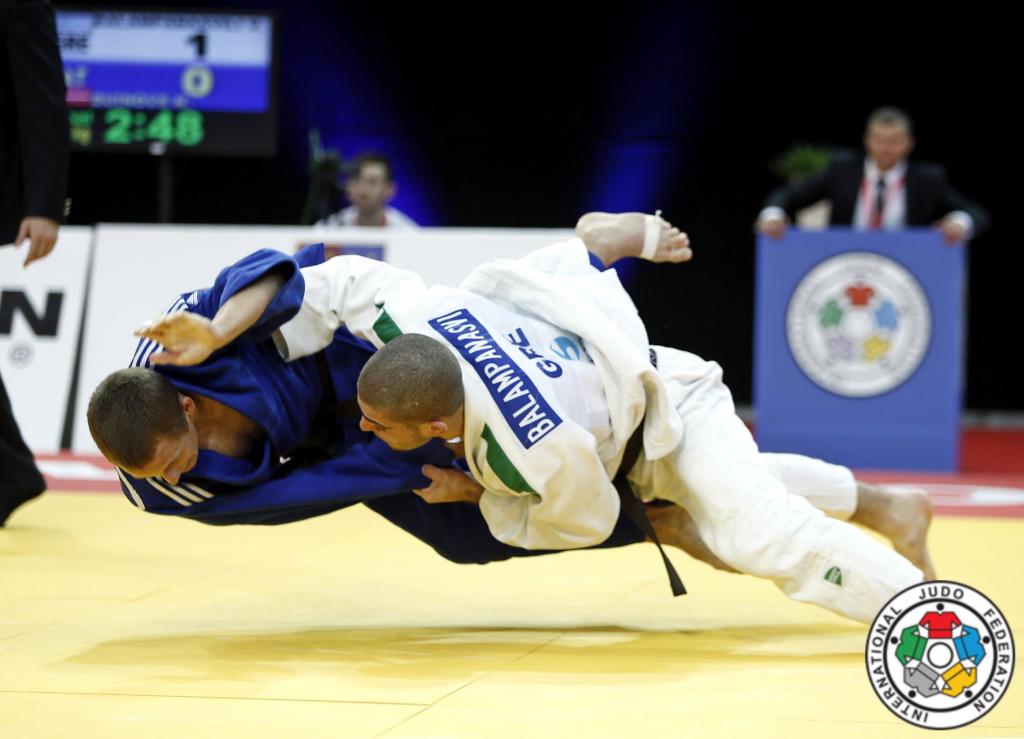 final saw the Greek fighter up against Nikita DUINOVS (LAT) who, in a category containing 40 fighters, was in the unlucky position of having already had five fights to get to the final. The Latvian was, however, well up to the task and had won four of those five by ippon. There was every chance, therefore, that the final would not go to full time. And so it proved. But the force was with Balampanasvil and the Greek pressured Duinovs from the very start. Balampanasvili scored two yukos (first with o goshi then with te waza) before countering Duinov’s attempted uchi mata with a well-timed ko soto gari that scored waza ari and was followed with kuzure yoko shio gatame for the match-winning score. I may compete at the junior European championship in Austria next or, perhaps, at the junior world championships in Abu Dhabi, we will have to see,” said Balampanasvili. The Greek youngster showed some fine judo today and, not unsurprisingly, said that he was inspired by the performances of his idol Ilias ILIADIS (GRE). He also said that he liked watching ONO Shoei (JPN) which just goes to show that Balampanasvili also recognises good judo when he sees it.