ON COURSE AND ON SONG PAYET TAKES GOLD FOR FRANCE 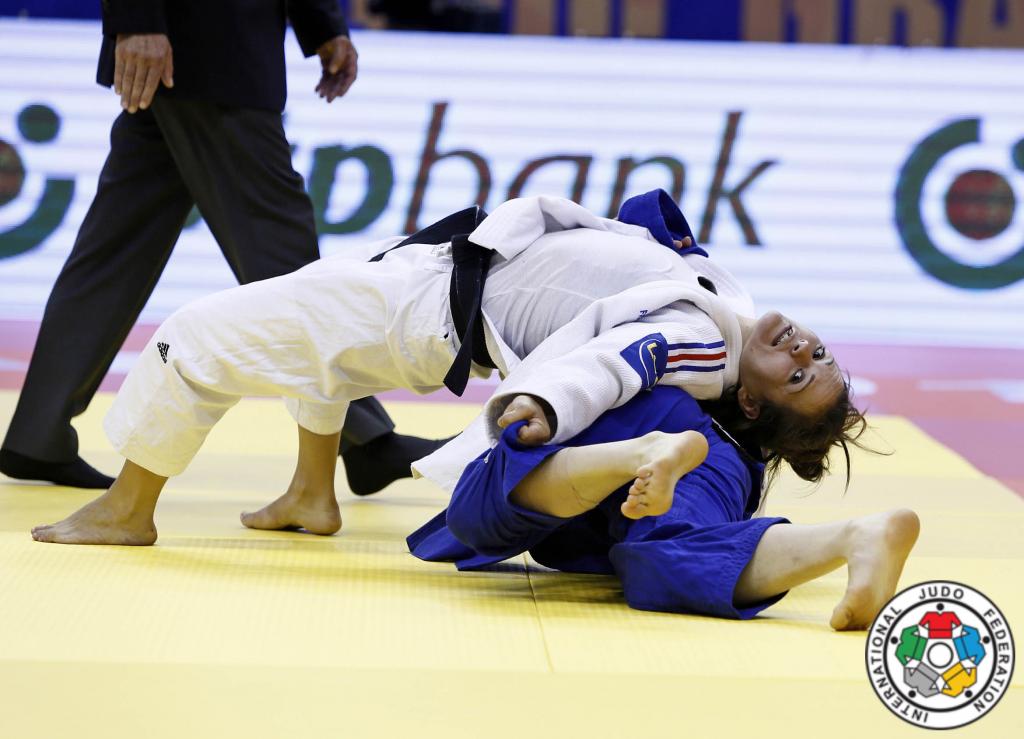 Laetitia PAYET (FRA) continued her successful return to judo by winning gold in the -48kg category on the opening day of the Chinggis Khan Grand Prix in Ulaanbaatar. After a break of almost two years to have a baby the 29 year-old French super lightweight is showing signs of being back to her best and can celebrate her first ever IJF gold medal. Payet began her day with a bye before facing China’s JIANG Yahong whom she defeated by ippon with her trademark ushiro kesagatame. There was no score in Payet’s semi-final against number one seed KIM Sol-Mi (PRK) but the North Korean had collected two penalties in a close contest leaving Payet to take her place in the final. Despite nursing a shoulder injury (picked up in the contest with Kim) Payet was able to take advantage of two errors in newaza committed by18 year-old KANG Yujeong (KOR) in the final that saw the French fighter collect yuko and waza ari and the gold medal.

“My coach and I were able to sit together on Thursday after the draw and watch videos on judobase [www.judobase.org] to look at the fighting styles of the possible match-ups for me as I had not fought any of the fighters in my half previously,” said Payet. “I don’t really see that anything in my judo has changed since my lay-off. But I do feel a little frustrated that it has taken this long for me to get back to my best,” said Payet. When asked about forthcoming events Payet answered, “I have to wait to see whether my federation selects me or not as there three other French fighters ahead of me on the IJF WRL.” Payet also spoke about her Olympic experience having competed in London in 2012 where she lost in the first round to the eventual gold medallist Sarah MENEZES (BRA),”I only had the one fight in London but, if I get the chance to compete in Rio, I’d like to have as many fights as it takes to win a medal,” said Payet