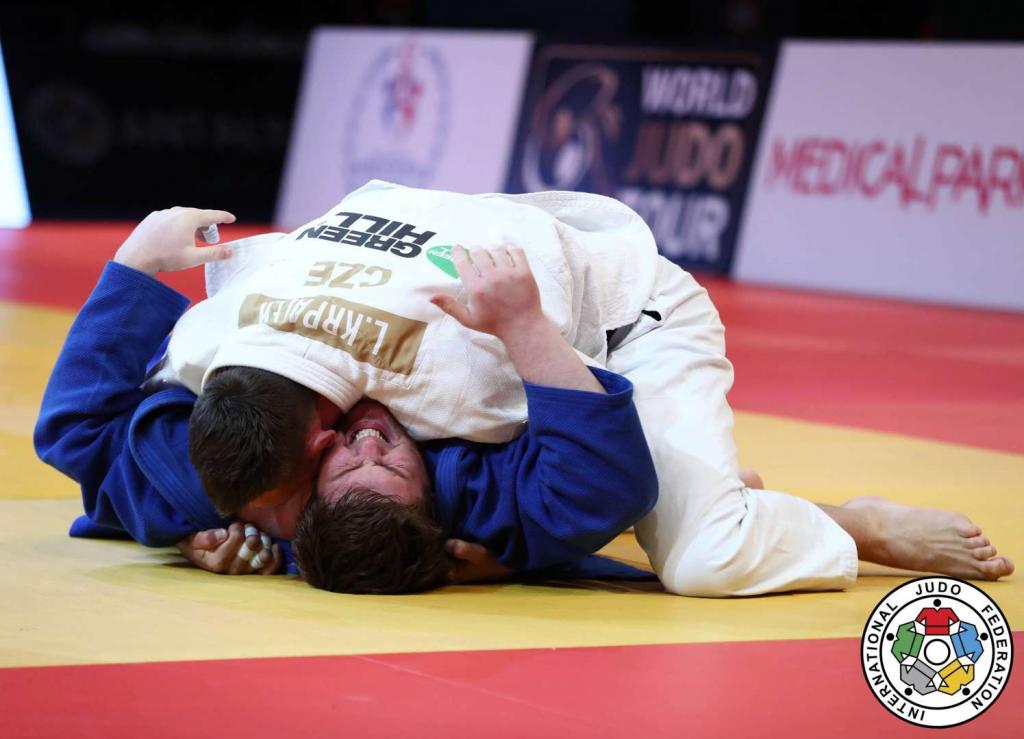 It came as little surprise that on the third and final day of the Antalya Grand Prix all attention was focused on the men’s +100kg category where Lukas KRPALEK (CZE), current Olympic champion at -100kg, was continuing his acclimatization to his new category. There were of course other categories being contested and it is perhaps slightly disparaging to pay so much attention to the “newcomer” when more established athletes are on show. On the other hand, Krpalek’s arrival in the +100kg category offers up the possibility that there may be (on the horizon perhaps) a genuine contender for judo’s mega star Teddy RINER (FRA). But before we get too carried away there was the business of the Antalya Grand Prix.

Krpalek’s’ four opponents provided just the right kind of test required by the Czech fighter at this stage. A first round bye (almost always welcome) put Krpalek into the second round where he came up against CHEN Sheng Min (TPE). The 20-year old from Chinese Taipei fell by ippon as did Musa TUMENOV (RUS) in the quarter final, Zarko CULUM (SRB) in the semi final and Iuri KRAKOVETSKII (KGZ) in the final. Each opponent offered up some degree of an examination of Krpalek’s preparedness, at times confirming his prowess, at others indicating that there is yet still work to be done.

Krakovetskii gave a good account of himself, the young man from Kyrgystan eventually succumbing to Krpalek’s superior skills in ne waza to give Krpalek his first IJF Grand Prix gold medal (at +100kg that is). There will be stiffer tests to come for Krpalek. But, for the time being, the Czech star is on course, moving up the IJF world ranking list and looking just as much a contender in his new weight as any of the current crop.