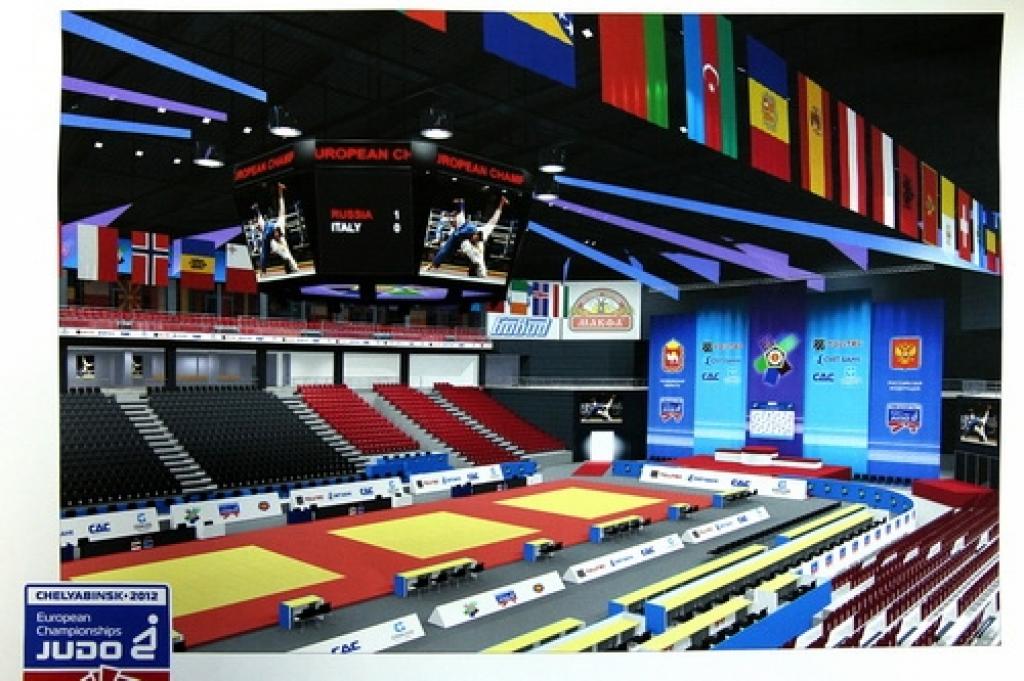 The 2012 European Judo Championship, the most important sporting event in the history of Chelyabinsk will take place in 100 days on April 25th. Ice Arena «Tractor» where the competition will take place is being completely reconstructed.
This championship is a great event not only for Chelyabinsk, but for Russia as a nation. The European Judo championship will be held in our country for the first time. Fans and athletes from 50 European countries will come to the capital of the South Urals.
The organizers are doing their best to hold the event at the highest level and make the guests pleasure. The Governor of the Chelyabinsk Region Mikhail Yurevich holds the process of preparing for the championship under his permanent control.
All the necessary equipment, including mats, back kimonos, special ultra-sensitive scales for weighing and screens have been already purchased. Chelyabinsk fans will be surprised by the changes in the Ice Arena «Tractor». Rooms equipped with three warm-up halls for judokas and a spacious press center are being renovated in the building. Championship will be transmitted by dozens of media representatives, including foreign ones. The live broadcasting of fights will be done by TV channel «Russia 2».

In the spring, after the Continental Hockey League games, the ice on arena will be melted. The site will be covered with special mats «ice-comfort» and four tatamis.
«Ice comfort mats are made of special material that keeps the temperature from -15 to -30 degrees. Tatamis will be spread under it. We have purchased the equipment specifically for the championship, after the competition it will remain in the ice arena. We are confident that this championship in Chelyabinsk is not the last one» says the director of the Ice Arena «Tractor» Yan Yakutseniya.
The design of the arena will be complied with all requirements of the European Judo Union. Six major corporate colors of judo will be used in decorating «Tractor». Bright red and yellow tatami, turquoise pedestals and blue banners – all the elements make up a single firm style of Euro 2012.
Not only builders, architects, designers, and the principal actors are getting ready for the competition, but athletes as well. Vice-President of Judo Federation in Chelyabinsk region Denis Lapotyshkin adds that coaches who train athletes for competition work hard: «These trainings will be held until the first day of the championship. All our judokas want to win medals, and I am sure we will celebrate their victories».

Watch the photos of the countdown here.