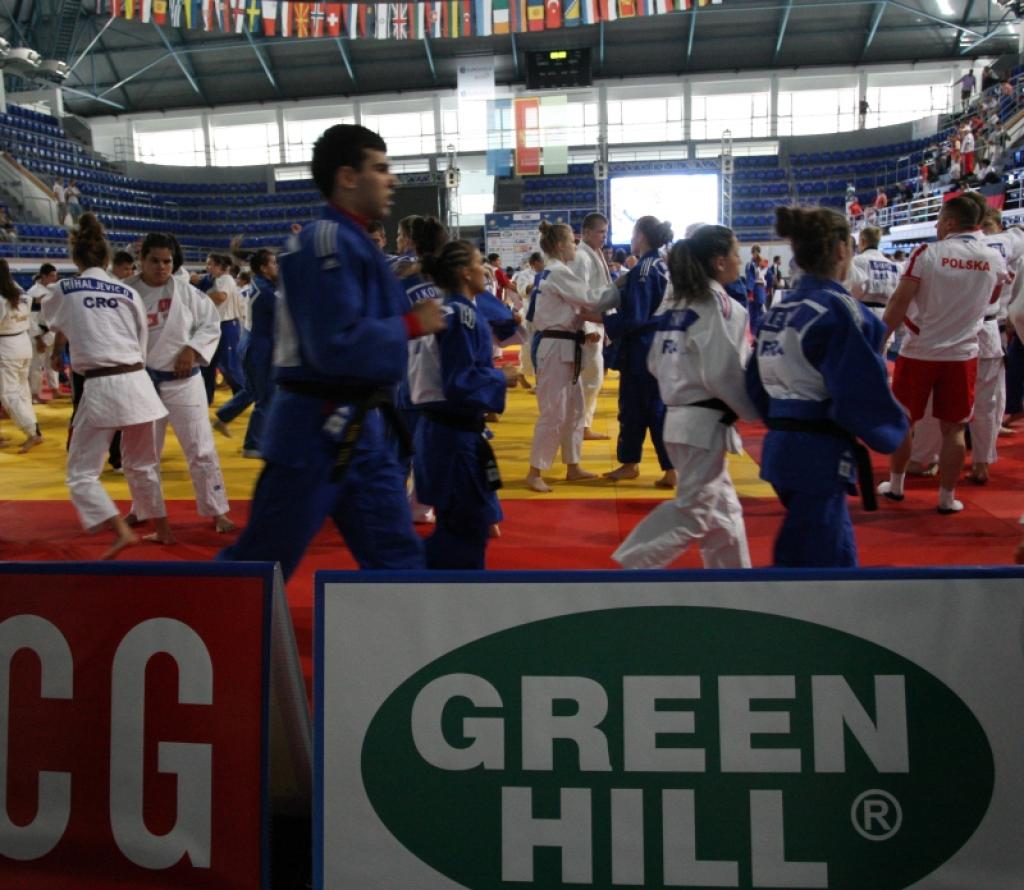 This weekend the Green Hill European Cadet Championships will be held in Bar, on the coast of Montenegro. The Organisation is excited to announce a record of 485 registered judoka, for the first ever in a European Championship. A tremendous success for the organisation in Montenegro that will welcome 39 nations.

At the draw of the Green Hill European Championships for Cadets, the Montenegro Judo Federation President Veselin Grbović welcomed all coaches and athletes. The President was happy to have the trust of the European Judo Union to award this championship to Montenegro and he specially thanked EJU President Sergey Soloveychik for the championships. President Grbović mentioned to be proud on the record for most participants, in total 485 judoka.

EJU vice president Michal Vachun mentioned that the smallest federations currently run the biggest championships. The EJU is looking forward to this championship in the beautiful new sports hall.

The Sport Centre Topolica is the place to be in coast city Bar. Not only the number of inscriptions and countries is great, as well as a live coverage by the Montenegro TV channel MNE, covering the event for the Balkan nations. Each day the finals will be covered live with over 2,5 hours live television.

The opening ceremony will be held on Friday including TV coverage and presence of the Montenegro Prime Minister. In the final block only bronze medal fights and the final will take place, on Friday six categories, on Saturday and Sunday five categories each day. The repechage finals and semi finals will take place at three mats non-stop.

Montenegro has a long history in judo, although in that time represented by Yugoslavia. Dragomir Becanovic won the world title U65kg in 1989 in Belgrade. In the final he defeated the 1996 Olympic Champion Udo Quellmalz (GER). Becanovic is the leading person behind this European Cadet Championship and Ambassador of Sport and Fairplay of the Government of Montenegro.

Montenegro’s current top judoka is 28-year old Srdan Mrvaljevic who reached the final of the World Championships in Paris last year in his category U81kg and who competed at the Beijing Olympic Games.

The organisation and the European Judo Union are looking forward to a top event.

The matches will start each day from 10.00 o’clock and the final block is programmed at 15.30h on Saturday and Sunday and at the first day the opening ceremony will start at 17.00h and will be followed by the medal fights.

Follow the Green Hill European Cadet Championships event live from Bar with our live video feed and live results.
You can download the draw as well.