ORUC IN WITH CHANCE TO SECURE SECOND MAJOR TITLE 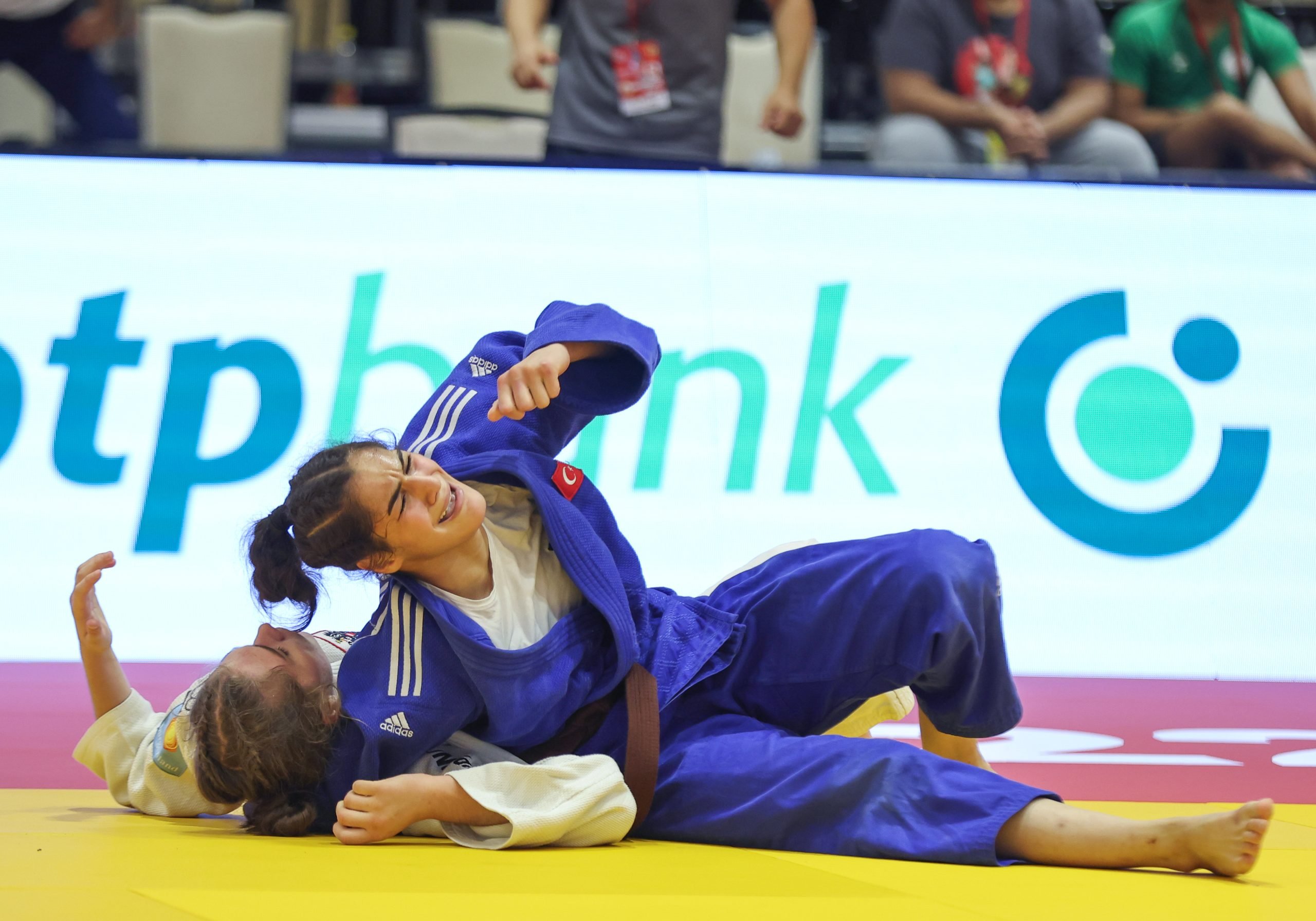 We are now in day three of the cadet world championships here in Sarajevo and we have already seen terrific judo, looking forward to the final block, but who will we see there?

The first of the semi finals was between the current cadet European champion Giorgi MISHVELIDZE (GEO) and KIHARA Keito (JPN) in the 73kg category. This was a strong head to head, then with only 3 seconds left on the clock, the Japanese managed to take advantage of a skewed attack from Mishvelidze and he used te waza to take the win.

Next up was the current EYOF champion, Joshua DE LANGE (NED) against another in the Georgian team, Luka JAVAKHISHVILI. Though the results may have favoured De Lange, as we went in to the last minute, there was still no telling which way this would go. Eventually they lead us in to golden score, a shido a piece. The final result was based on shidos and Javakhishvili took the place in the gold medal match following a slew of strong attacks.

In the -57kg semi finals, Savita RUSSO (ITA) battled it out against Bianca REIS (BRA). Russo attempted tomoe nage with no score, however Resi worked hard in ne waza to secure osae komi and her place in the final.

Emma MELIS (FRA) took on curren cadet Asian champion, Linthoi CHANAMBAM (IND) for the other spot. Chanambam has continuously demonstrated today her relentless drive today and although Melis managed to find a way to shut down the onslaught of attacks, she couldn’t escape a driving o uchi gari that sent Chanambam to the final.

Gor KARAPETYAN (ARM) not only had to face Busan GRAHOVAC (SRB) in the first of the -81kg semi finals, but also the crowd from neighbouring Serbia. Once he had gained waza ari from a seoi nage, he bided his time and with 30 seconds left on the clock, initiated a sasai tsuri komi ashi to move Grahovac and then used te waza to roll him and make it in to the semi final.

In the other semi final, Igor TSURKAN (UKR) and Alisher SAMANOV (UZB) had both seemingly acquired ippon at different points in the contest. Unfortunately for Tsurkan, he picked up enough shidos to hand the contest to Samanov after moving directly in to an armlock following sutemi waza on two occasions.

Finally in the -63kg category, Austria boasted two athletes in the semi finals, Emily STARZER and Franziska SCHLOEGL. The latter was first up against Sagda GHONIM (EGY) and after some strong exchanges, the win went to Schloegel following success in ne waza. As for Starzer, she needed to compete with the current cadet European champion, Sinem ORUC (TUR).

Both Oruc and Starzer are looking for the same high grip and eventually in the second half of the contest, the Turkish athlete attacked with ko uchi, hopping and pushing to score waza ari. She then followed up with a cross grip semi gaeshi to take the contest and find herself in yet another major final this year.

The final block will begin at 16:00 and can be followed at live.ijf.org.