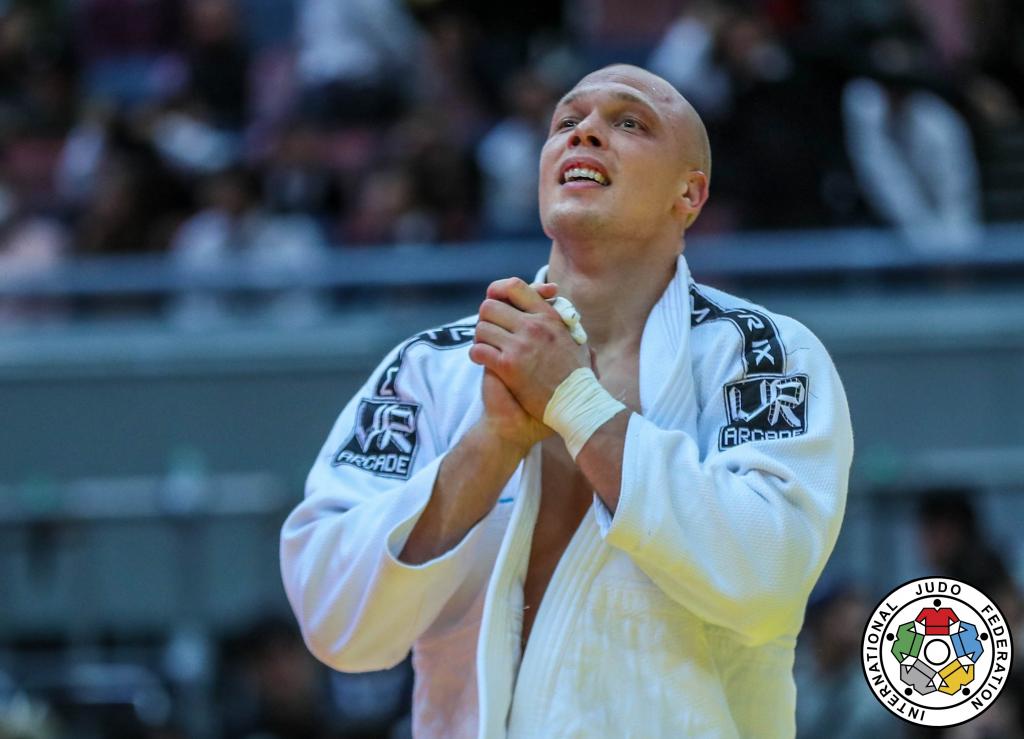 It is seven years since Henk GROL (NED) last won a Grand Slam (Paris 2011). That was in his previous incarnation as a world class -100kg category athlete. In that final Grol famously defeated the reigning Olympic champion (at that time) NAIDAN Tuvshinbaayar (MGL). Here in Osaka, on the third and final day of competition of the 2018 Osaka Grand Slam, Grol, in winning the gold medal, demonstrated that his move to the +100kg category is at last proving a successful one.

En-route to the gold medal there was time enough for a trip down memory lane as Grol again came up against Naidan. The result was the same; a win for Grol. But even before the re-match with Naidan, Grol had upset the odds by defeating tournament favourite, and current world champion, Guram TUSHISHVILI (GEO). And, if those two big guns were not testing enough, the final saw Grol defeat current -100kg category champion Lukas KRPALEK (CZE). So many things went right for Grol today and there will be time enough for him to sit back and enjoy the fact that he has added a Grand Slam win in Japan to his Paris win, arguably the two most important “majors” in judo. But there are other battles to be fought and it is to the future that Grol will look now as he climbs the IJF World Ranking List, possibly into the top ten, and moves past his countryman Roy MEYER (NED). That is another battle. The bronze medals were won by Tamerlan BASHAEV (RUS) and KAGEURA Kokoro (JPN). 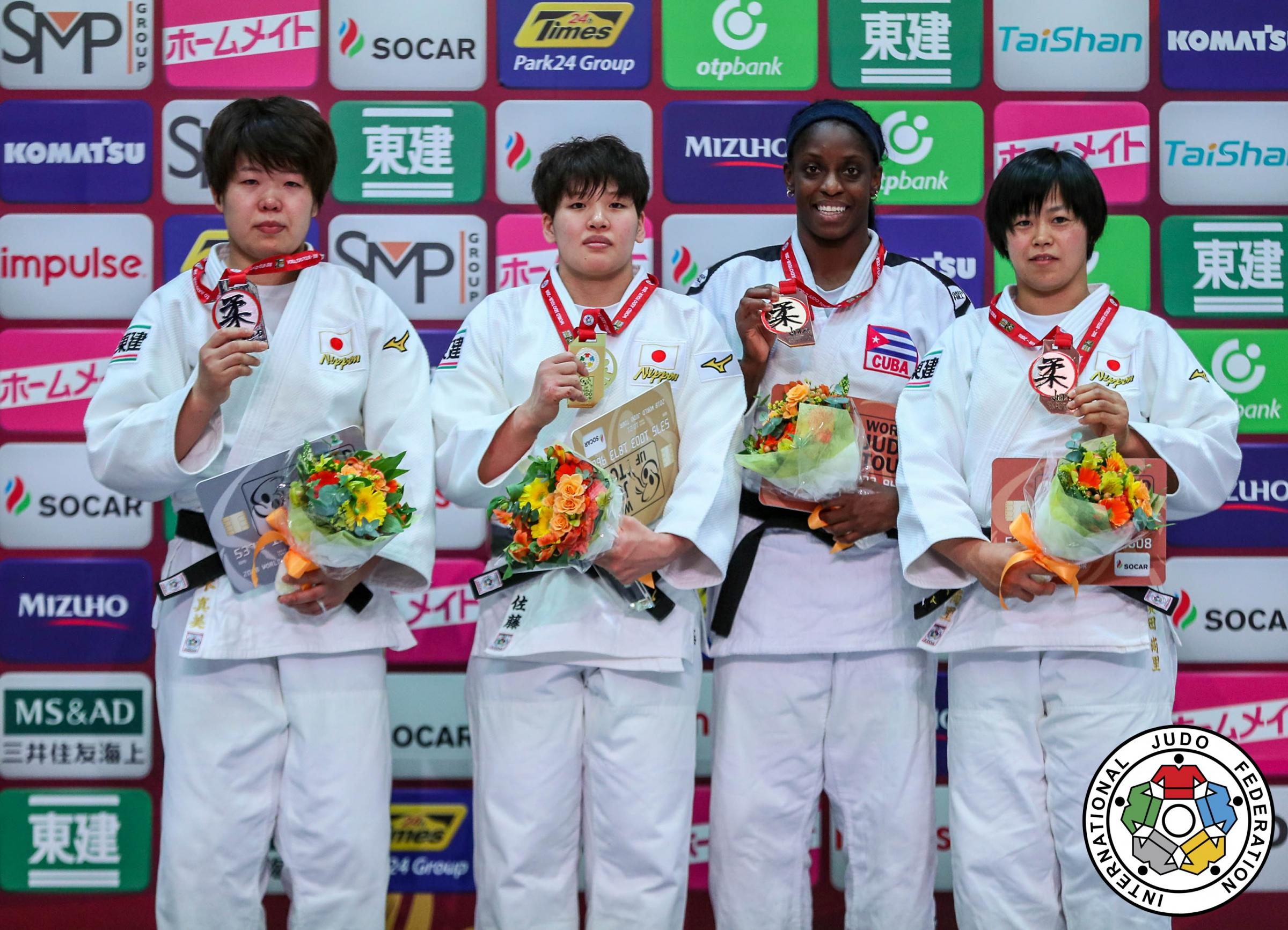 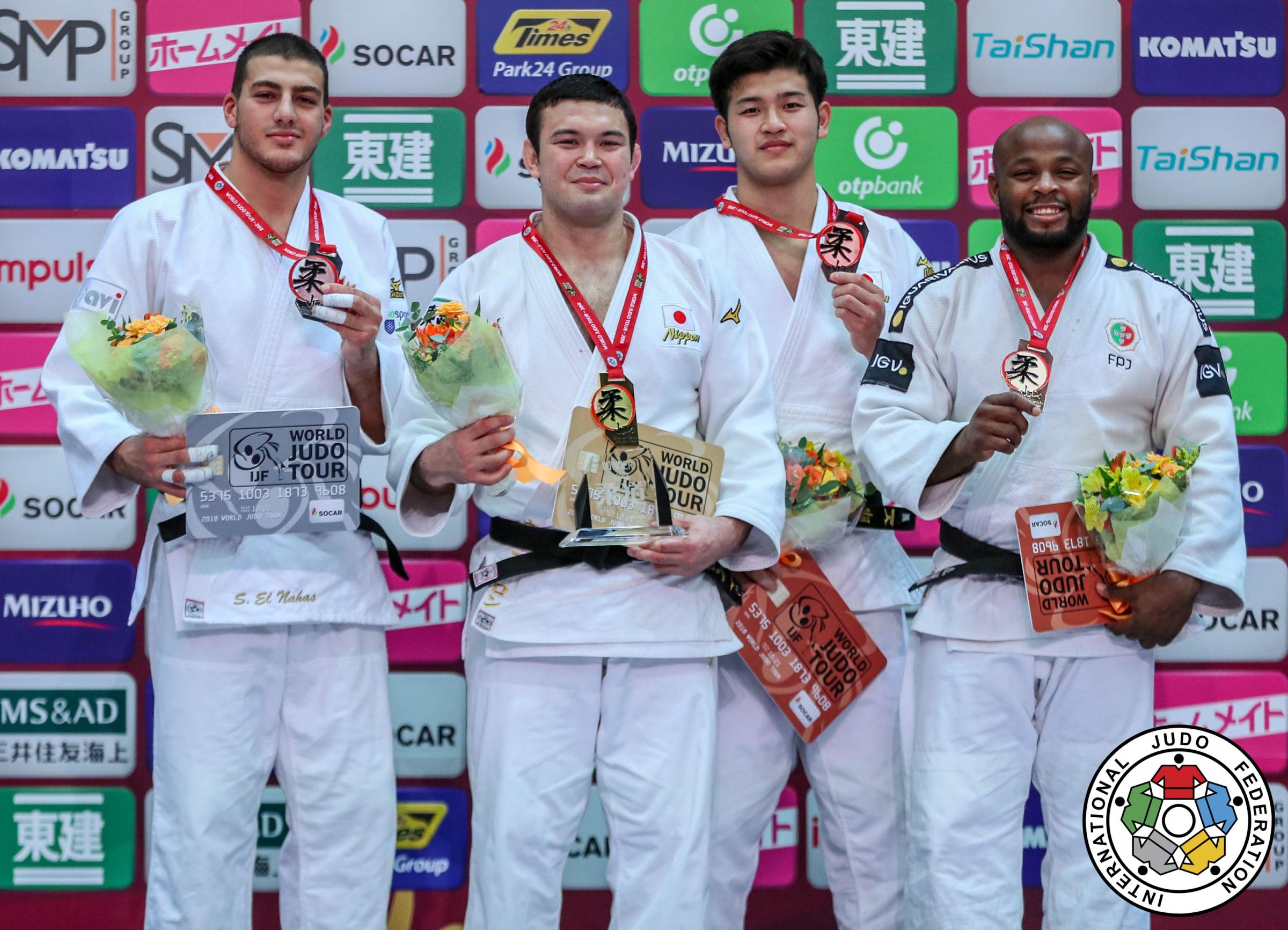 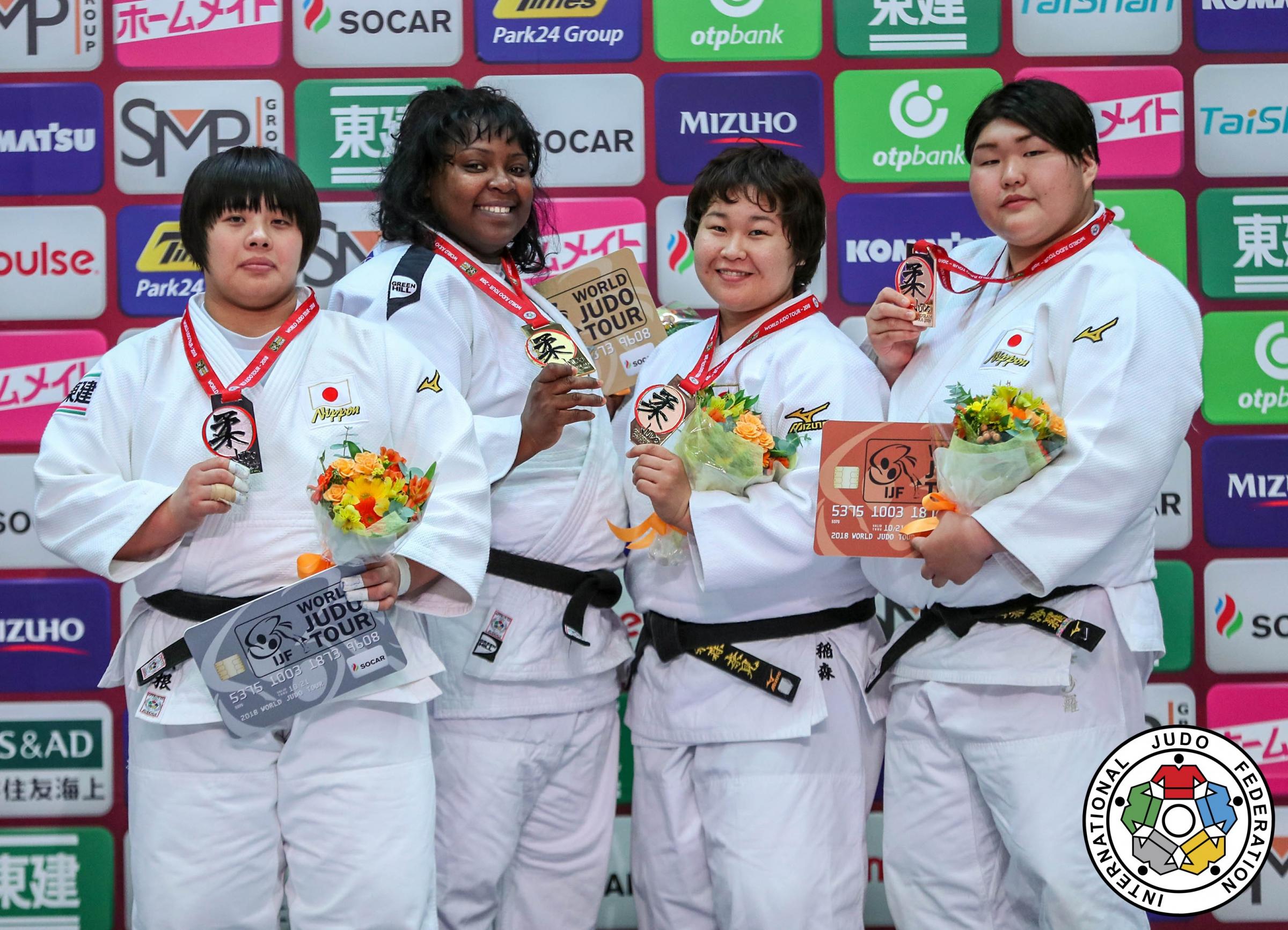 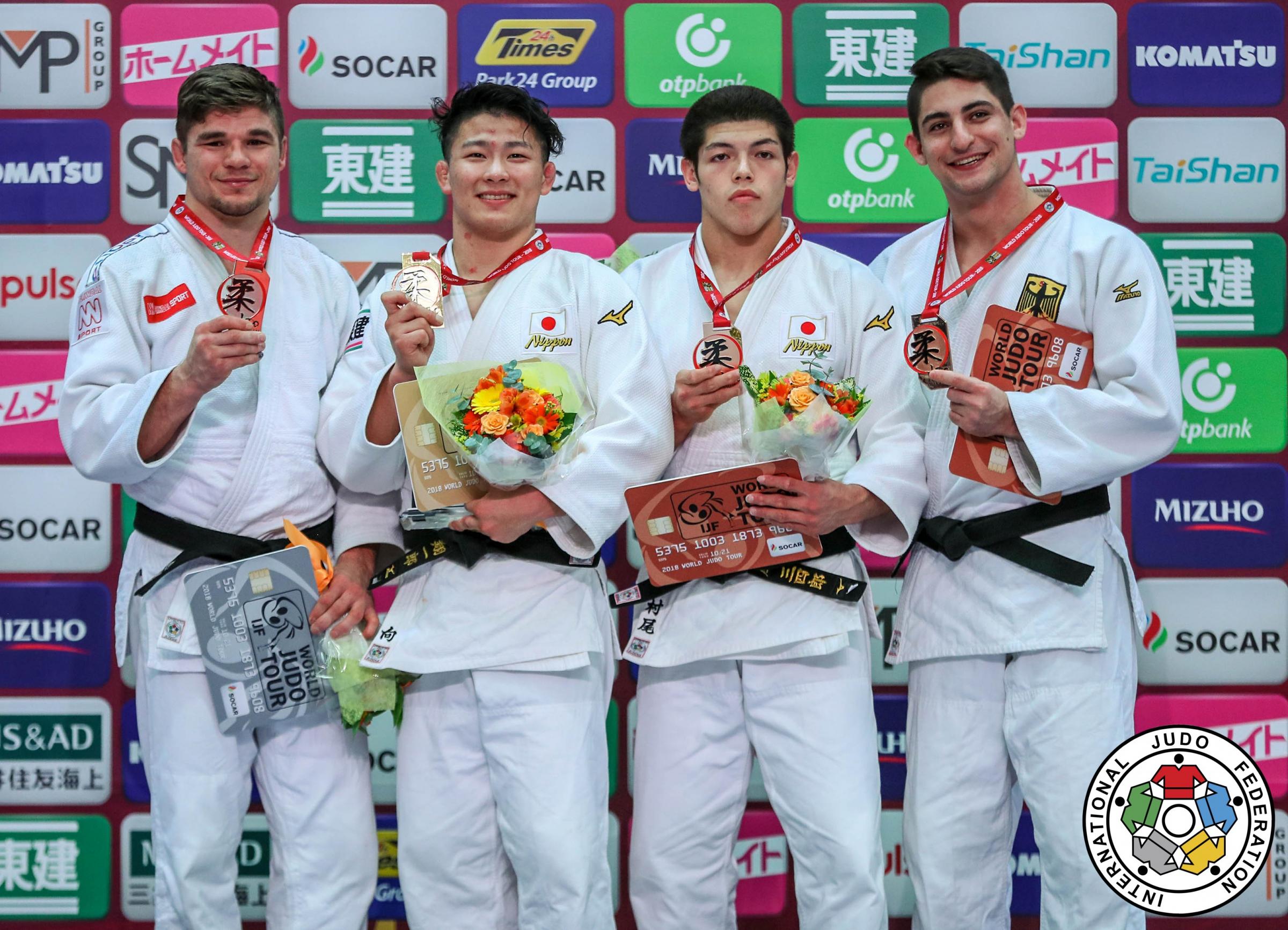 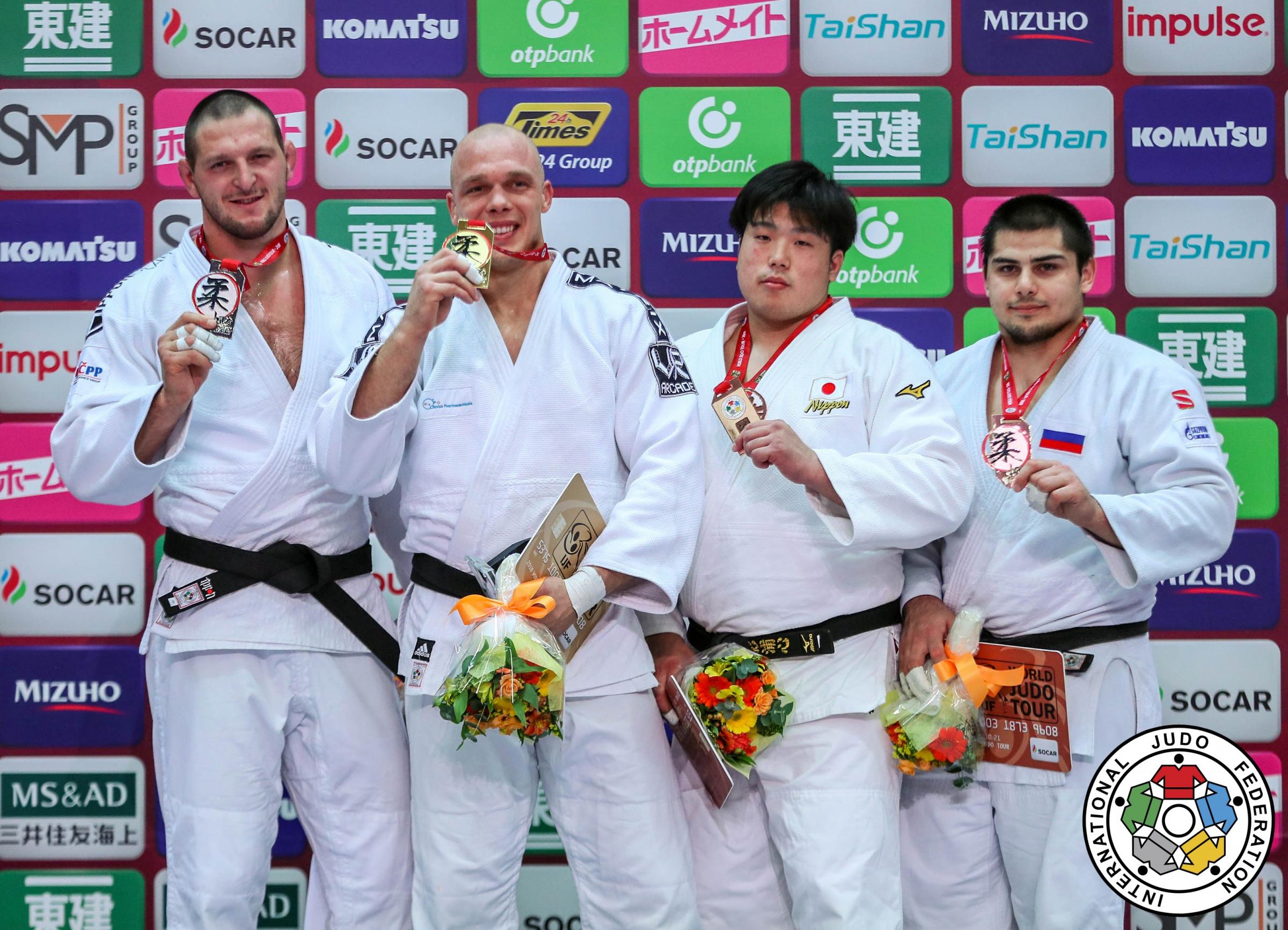 In the -90kg category the gold medal was won by MUKAI, Shoichiro (JPN) when in the final he defeated Noel VAN T END (NED) the bronze medals were won by Eduard TRIPPEL (GER) and MURAO, Sanshiro (JPN).

In the -100kg category the gold medal was won by WOLF Aaron (JPN) when in the final he defeated Shady ELNAHAS (CAN). The bronze medals were won by Jorge FONSECA (POR) and IIDA Kentaro (JPN).

In the -78kg category the gold medal was won by SATO RUika (JPN) when in the final she defeated team mate UMEKI Mami (JPN). The bronze medals were won by Kaliema ANTOMARCHI (CUB) and Hamada Shori (JPN).

In the +78kg category the gold medal was won by Idalys ORTIZ (CUB) when in the final she defeated SONE Akira (JPN). The bronze medals were won by ASAHINA Sarah (JPN) and INAMORI Nami (JPN).