OTC Going for Gold in Tata last stop for Euro2014 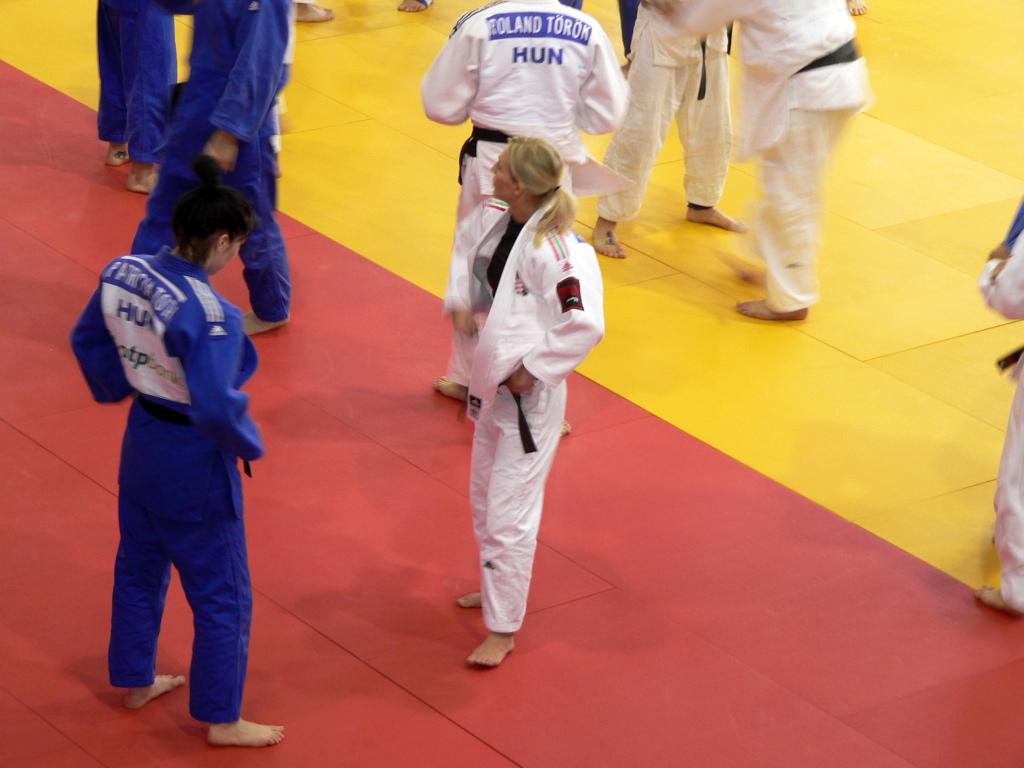 Less than three weeks left before the European Championships begins in Montpellier, France. The Hungarian OTC Going for Gold, is the last training opportunity for all the competitors to have a battle before the big day.

By Szandra Szögedi The training camp, as normally, based in Tata, at the Hungarian Olympic Training Centre. Hungary hosted the last European Championships, and they are working hard to beat their medal collection from last year. The training centre has accommodated over 150 judoka from most over European nations even excluding many Hungarian athletes. Olympic Champion, Lasha Shavdatuashvili is also among the judoka currently preparing at the camp. A big team of 35 judoka from Russia, 19 judoka from Czech Republic and 11 athletes from both Georgia, Poland as well as Australia have landed in Hungary. Just few nations to mention of those attending the training camp. The last day of the camp will be on Saturday, however, many nations will depart before the end to do their final preparation phase in their hometown. 2012 Olympic Silver medalist and 2014 Turkey GP Bronze medalist Miklos Ungvari is also preparing at the Olympic Training Centre: “The preparation is going well. In Tata its always great to do the final preparation. This is my fourth training camp since January. I had a downtime since returning from the Dakar rallye, but in overall it is going well. It would be great to grab another medal in addition to my European collection. I keep in mind also that this is not part of the Olympic qualification so I will take one step at the time and hoping to put a great performance on the mat. Ungvari’s coach, Tamas Biro, who has been awarded his 7th Dan few days ago, shares his view about the preparation: “The training camp is great, we have plenty of partners to train with and much of them are top quality players. Regarding Mikos, it is going well but I have to say we had better preparation before. Having said that, you never know, we will do the best we can and follow the program, and will see it on the day.” Follow the OTC in the coming days and watch our photo gallery.