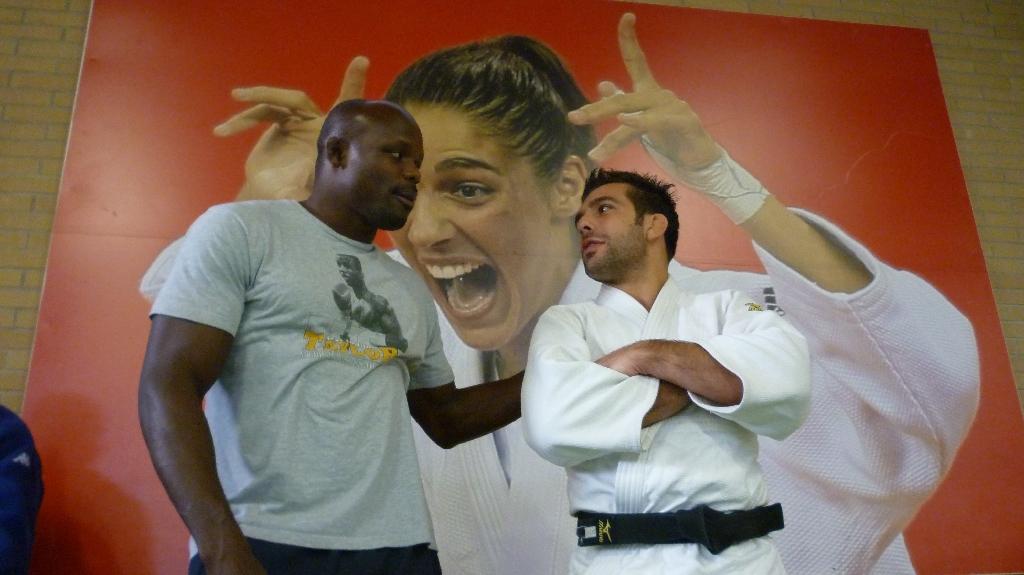 This week the Olympic Training centre “Going for Gold” takes place in Rome at the famous Olympic training centre in Ostia near the coast and the Sports venue for the World Cup in Rome this weekend.

This year will be the World Cup for both men and women, which is a good motivation for some teams to travel to Rome and participate at the OTC that is held since Monday 24 September until Friday 28.

Many Italian athletes are obviously improving their condition and skills, but some have taken a break after the Olympic Games. Ilias Iliadis (GRE) however is always in for a Training Camp and shows up almost everywhere.

The number three of the Olympic Games in London in not here to participate at the World Cup but is here to train. Also other Greek athletes are in Rome as well as judoka from Sweden, Estonia, Malta, Israel, Bosnia a big team from Canada and judoka from Czech Republic, Slovakia, in total 14 nations travelled to Italy and approximately 200 participants in the nice traditional sportshall, from which 140 are from outside Italy.

Also some participants at the Olympic Games are present in Rome such as Elio Verde, Edwige Gwend, Roberto Meloni, Elena Moretti and Erica Barbieri. 2008 Olympic Champion recently married and is taking a break.
The World Cup in Rome is this year for both men and women and also a good preparation for the European U23 Championships in Prague to be held in November.

If you would like to watch the photos of the OTC with some familiar faces, just go to our media gallery.