OVER 50 NATIONS WILL BE UP FOR THE VICTORY IN OBERWART 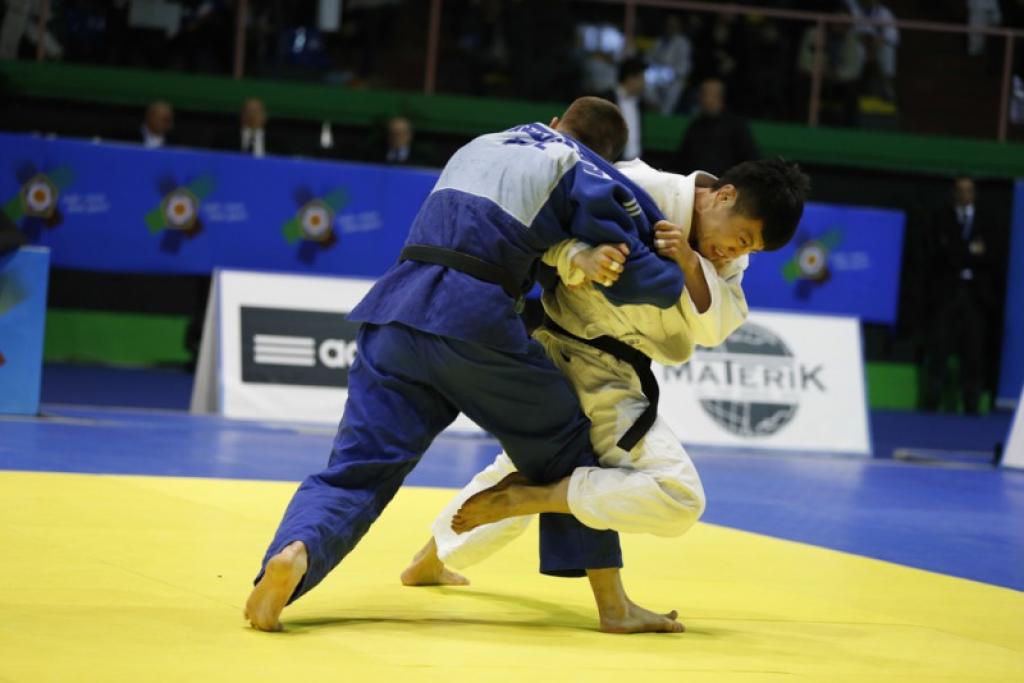 The second edition of the European Opens will take place during the upcoming weekend, however, this time the focus will be built towards two locations. Rome (Italy) will bring all actions alive from the female judoka, whilst Oberwart (Austria) will view the battle of all male competitors. At either case, we can expect high volume and excitement over the weekend.

The Brazilian and the French duet could be on spotlight within the -60kg categories. If it all works out for Eric TAKABATAKE (BRA) and Felipe KITADAI (BRA) than the two team mates can battle for gold. Sofiane MILOUS (FRA) will attend to stop both on progressing, however, the French will have to watch out for his upcoming young talented team mate, Walide KHYAR (FRA) who took bronze last weekend at the Paris Grand Slam.

Even thought there will be less battle for Olympic points in the -66kg category, it is yet to be with a strong entry list of the total number of 46 judoka. Double Grand Slam winner, Altansukh DOVDON (MGL) will be taking the top spot of the draw sheet as number one seeded. Right behind him on the list is 2015 Asian Championships silver medallist, MA Duanbin (CHN). Yet, all the excitement might be put in place once Charles CHIBANA (BRA) enters Sporthalle Oberwart.

An important weekend ahead of Guillaume CHAINE (FRA) as a victorious performance in the -73kg category could possibly take him ahead of his home rival towards Rio 2016. For him to take the gold with the additional 100 points, he [Chaine] will have to overcome two of the strong duets. One of which includes Alex William POMBO DA SILVA (BRA) and Marcelo CONTINI (BRA), whilst the other is made up of SAI Yinjirigala (CHN) and SUN Shuai (CHN). If that is not enough, there will be Uali KURZHEV (RUS) to muddle it all up for them.

The number 56 appears on the entry list of the -81kg category, which of there is a big gap between the number one seed [WRL4] Victor PENALBER (BRA) and number two seed [WRL22] Uuganbaatar OTGONBAATAR (MGL). We seen elites taken out early stage before which means the seeding can all end up being just numbers if Emmanuel LUCENTI (ARG), Dagvasuren NYAMSUREN (MGL) or Carlos LUC (POR) decides to take on the show.

The battle of the beasts will be on display in the -90kg category as the lined up names on the entry includes some very powerful but more importantly very skilled judoka. Alexandre IDDIR (FRA), Ashley GONZALEZ (CUB), Komronshokh USTOPIRIYON (TJK), Tiago CAMILO (BRA), Mammadali MEHDIYEV (AZE) and Ramin GURBANOV (AZE) are just of few to mention who are capable of causing a disappointing end for each other.

Ramadan DARWISH (EGY) started off the year by taking gold at the European Open in Sofia (Bulgaria) two weeks ago. The Egyptian judoka is currently number 7 on the WRL and will enter Oberwart as the number one seed of the -100kg category. Both, Jose ARMENTEROS (CUB), Jorge FONSECA (POR) will be targeting to take out the multiply Continental Champion [Darwish].

Faicel JABALLAH (TUN) began his Olympic year with a defeat and a bronze medal front of his home supporters after taking bronze at the African Open in Tunis few weeks back. No doubt, he will be on fire to take the spot where he belongs to which is the top of the podium. Even thought Jaballah enters Oberwart as number one seed, he will have quiet a few obstacles to overcome in order to take the gold. Some of those obstacles could possibly be such a names as Rafael SILVA (BRA), Daniel NATAE (ROU), Aslan KAMBIEV (RUS) and of course home favourite Daniel ALLERSTORFER (AUT).

The draw will take place on Friday, the 12th of February at 20.00 (CET). Follow all LIVE actions via eju.net.