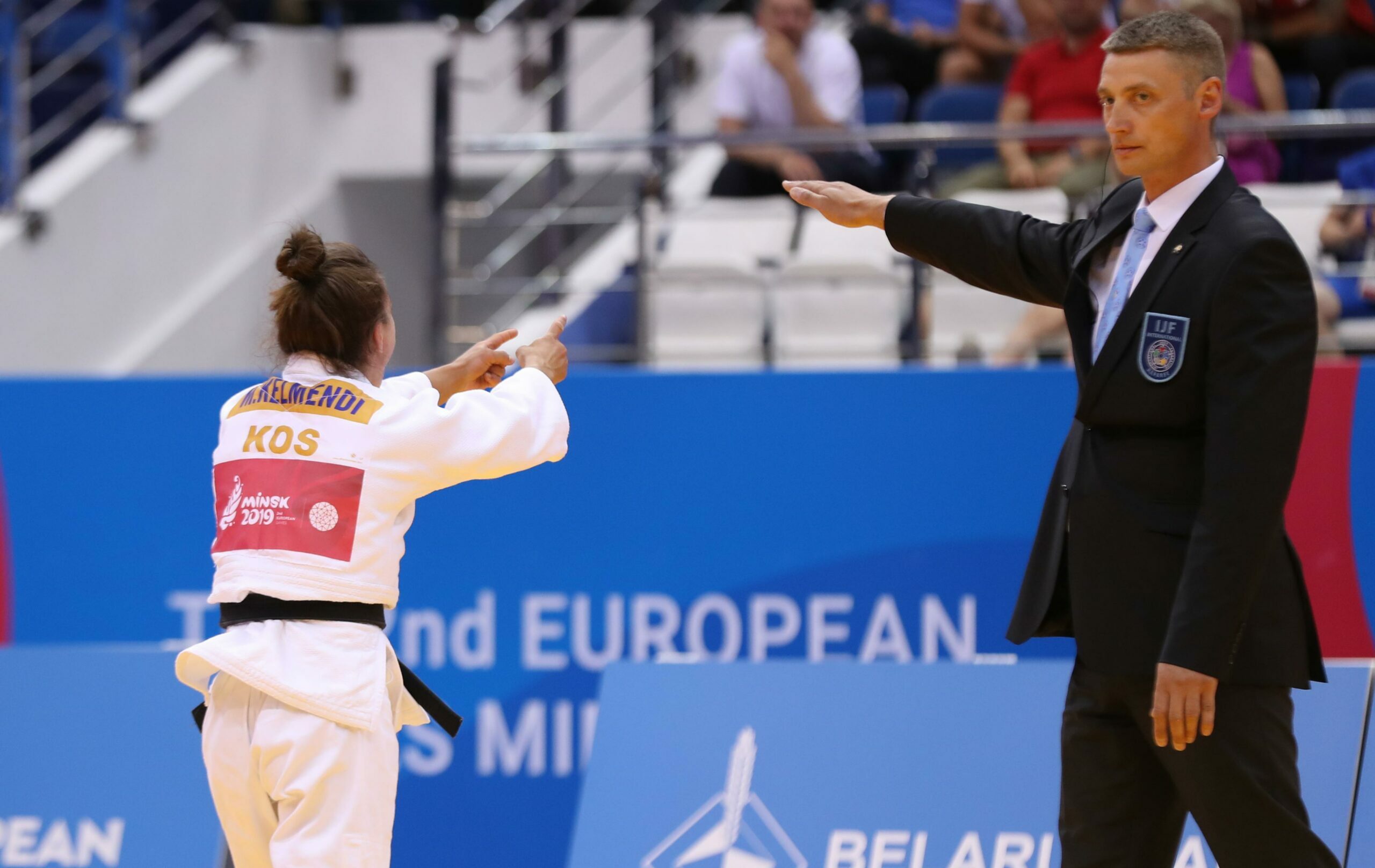 We are counting down the days till the Paralympic Games start in Tokyo, and while we look forward to the competition, we are excited to see our referees in action.

Artur Fando, recipient of the EJU Best Referee award in 2016 is one of those referees. We have seen Artur on the IJF circuit for quite some time now, his experience and abilities making him a leading referee.

His father was a former judoka and encouraged his son to take up the sport and so he did at 8 years-old. Artur ended his competitive career at only 23-years old and continued his judo life as a referee.

I ended my career as an athlete quite early, from the age of 20 I took part in refereeing at regional and national championships. In 1999, referees had to pass an exam for a continental license in Minsk. The Belarusian Judo Referee Director Vladimir Gristchenkov recommended that I took part in this event. I was young, only 25. For 3 months I was filling the gaps in my knowledge of the theory of judo rules and improving my English.

Here is Artur, 20 years later during the European Games in Minsk where he passed the exam to attain his continental license.

With many years of competition, he has a bank of memories only the biggest judo fans can contend with, asking which of these was memorable for him was a tough task.

I remember a tense fight in the 2010 World Cup final in Tokyo between Telma Monteiro and Kaori Matsumoto, which lasted almost 10 minutes and also an exciting fight between two Olympic champions Shohei Ono and Fabio Basile at the last Grand Slam in Düsseldorf. I happened to refereeing these two great fights.

As mentioned, his career has spanned a long time and so has been impacted by many, Artur tells us that all of the referees of the EJU are a big family supporting one another, each have influenced his development and have allowed him to continuously improve in his position.

Judo confidently occupies high positions in the Olympic family, we have recently seen this once again. Paralympians also showcase the beauty of our sport. I want to come to Tokyo, the homeland of judo, and once again feel the great atmosphere and spirit of sport.